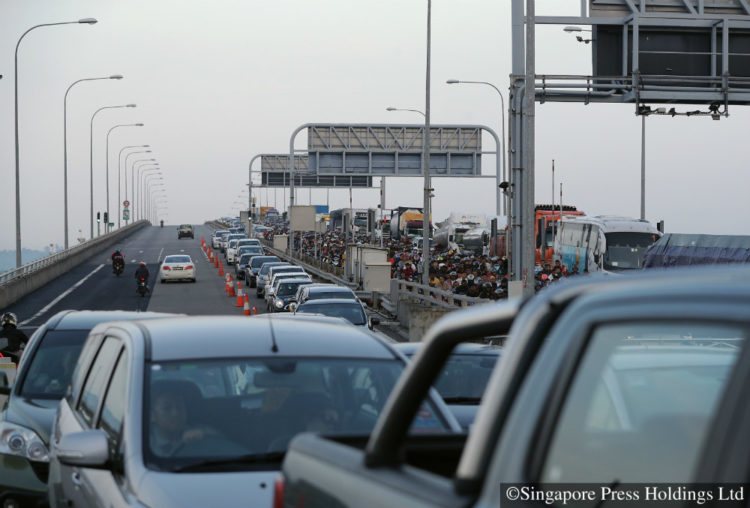 One challenge land checkpoints face that airports and ferry terminals do not is the unpredictability of traffic.

And this challenge will be particularly tested at Tuas and Woodlands checkpoints during the upcoming festive period, said the Immigration and Checkpoints Authority (ICA) on Wednesday (Dec 13).

About 430,000 people – 30,000 more than usual – are expected to clear the two checkpoints daily during the December school holiday period. Traffic is expected to be heavier in the days leading up to Christmas and New Year celebrations.

While such figures and trends can be established based on past experiences, officers still have to respond to problems when they arise.

“Ballooning” is one problem that ICA authorities hope to avoid.

It happens when motorcyclists cut queue and spill over to other lanes, blocking cars. Accidents can then take place.

Ballooning creates the misconception that a line is at a standstill or that counters are not opened.

To cope with the challenges, especially amid the rising terror threat, officers are conducting more checks, monitoring queues closely and allocating resources accordingly.

During a media tour at Tuas checkpoint on Wednesday morning (Dec 13), officers converted one clearance zone that is usually reserved for cars to clear motorcyclists, who formed the bulk of the traffic.

Decisions to convert zones come from the close monitoring of queues on a real-time basis, Supt Nagib said. He added that there are a variety of ways to manage traffic. 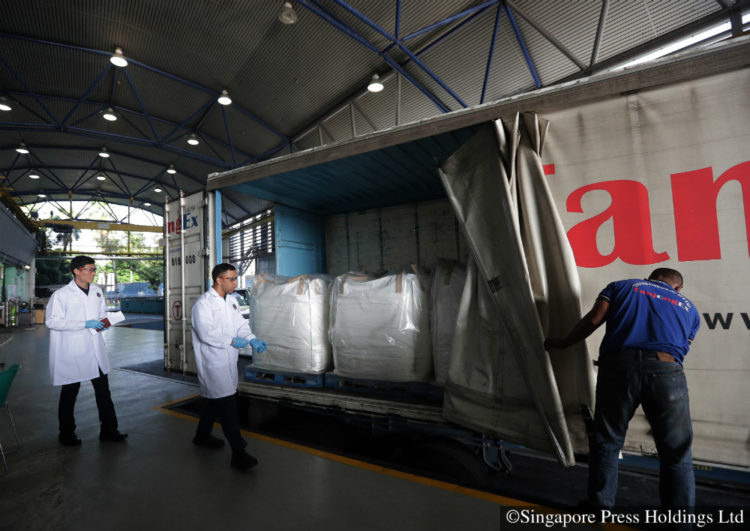 On Wednesday morning, officer also checked cars and heavy vehicles for contraband items ranging from drugs to hazardous materials that can be used to make dirty bombs.

Officers inspected glove compartments, side doors and boots. When they noticed irregularities, officers guided drivers to a secure area for checks by officers from the Central Narcotics Bureau and the Special Operations Command’s K-9 unit.

At the cargo-clearing area, scientists from the Ministry of Home Affairs’ Office of the Chief Science and Technology Officer can conduct checks for radiological, chemical and explosive materials.

About 36,000 contraband cases were uncovered during such checks between January and October this year, the ICA spokesman said.

During the upcoming busy period, travellers are reminded to check and ensure that they are using their own passports with at least six months’ validity, the ICA spokesman said.

Between January and October this year, there were about 600 cases of Singaporeans using wrong passports and more than 3000 cases of foreigners arriving with expired, invalid or no travel documents.

“These cases will lead to delays because we have to conduct checks on them to make sure that they have no malicious intent,” said Supt Nagib, adding that the delays will inconvenience other travellers.

Motorists are also advised to check the traffic situation at both checkpoints before they embark on their journey. They are also to observe lane discipline in and out of the land checkpoints.

Security remains ICA’s priority and Supt Nagib seeks the public’s understanding on the delays at Tuas and Woodlands checkpoints during the busy period.

“We are doing all our best to keep wait times within reasonable limits,” he added.