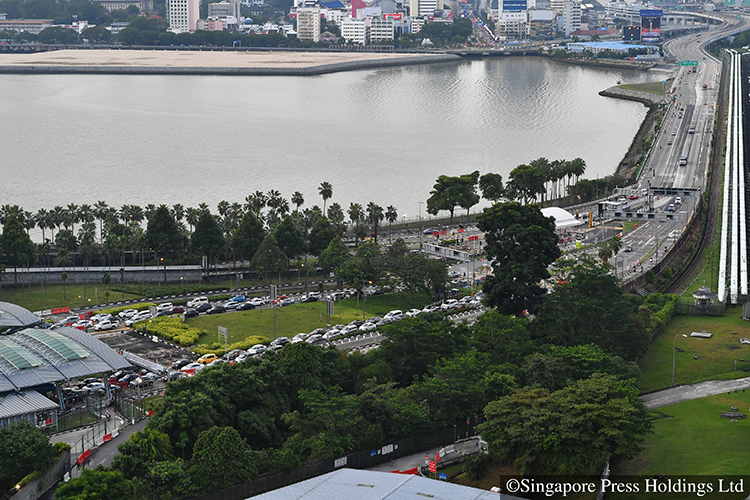 Vehicles from Malaysia going to Singapore via the Woodlands checkpoint at 6.40pm on Dec 23, 2017.

Malaysia’s VEP enforcement has been halted at the two Johor checkpoints, said the country’s Ministry of Transport yesterday (Oct 1, 2019).

“VEP is suspended now for both peak and non-peak hours,” a ministry spokesman told The Straits Times.

The ministry did not say if, or when, the VEP enforcement would be started.

Malaysia’s VEP enforcement was scheduled to begin on Tuesday, with the scheme conducted only during non-peak hours.

Malaysia VEP will not be enforced during peak hours

This followed its announcement on Sept 23 that it had to defer the enforcement during “peak-hour traffic operations” until further notice.

Malaysia’s Ministry of Transport had then cited “several issues”. These include difficulties in obtaining appointments for the installation of the radio frequency identification (RFID) tag on vehicles.

The Ministry of Transport had previously urged all foreign vehicle owners to register online at https://vep.jpj.gov.my in order to obtain the VEP-RFID tag.

Once registered, the owner would then receive an e-mail to schedule an appointment for the installation of the VEP-RFID tag.

Owners are required to bring along their vehicles and documents such as the Malaysia VEP confirmation slip, VEP-RFID tag appointment slip, a passport photocopy, a copy of the latest insurance cover note and the vehicle registration document issued by the Land Transport Authority.

Malaysia’s VEP, renewable every five years, was first announced in 2017 by the then ruling Barisan Nasional government. It was to determine the number of foreign vehicles entering Malaysia, and also to prevent car theft and deter car cloning syndicates.

In April 2019, the Malaysian government announced that it would enforce mandatory registration for foreign vehicles entering from Singapore starting from Oct 1.

Only VEP-registered vehicles would be allowed entry into Malaysia once the permit was implemented, it said.

Stiffer fines for motorists who evade tolls and fees