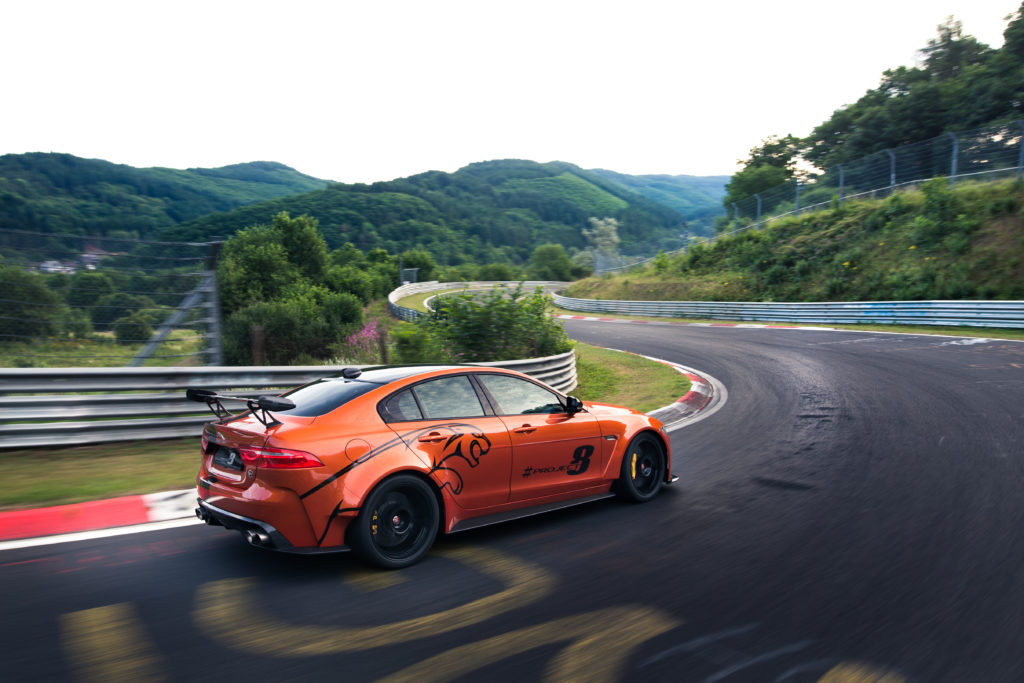 Engineering fine-tuning on the new Jaguar XE SV Project 8 has almost finished, ahead of production starting in June 2018. Since its public debut at last July’s Goodwood Festival of Speed, the fastest-ever four-door Jaguar has undergone numerous enhancements to ensure Project 8 is the fastest and most thrilling of all road-legal four-door saloons.

Project 8 is a four-door car with genuine supercar performance. Top speed is 321km/h and 0-60mph (0-96km/h) acceleration takes just 3.3 seconds. It set a new four-door production car record around the Nurburgring’s Nordschleife last year – the ‘gold’ standard for all-round high performance. Its best lap of 7 minutes and 21.23 seconds was quicker than many supercars, and broke the old four-door record by more than 10 seconds.

With a 600hp version of Jaguar’s legendary supercharged 5-litre V8, Project 8 is the most powerful Jaguar road car to date. No more than 300 of these limited-edition cars will be hand-assembled by Special Vehicle Operations at its Technical Centre in Coventry.

The only carryover body components from the standard XE are the roof and front door skins, both made from aluminium. The vented bonnet and flared front wings and bumpers are made from lightweight carbon fibre.

In its most extreme settings, and in Track mode, Project 8 delivers 122kg of downforce at 299km/h – that’s 25 percent more than its nearest rival. And, it is the first Jaguar to offer a Track mode, standard on all versions, which tailors driveline and stability control systems for circuit use by sharpening throttle and steering responses and tuning the dampers to their most aggressive setting.

Two versions of Project 8 are available. The four-seat version contains all the motorsport technology that is the hallmark of Project 8. In addition, there is a more hardcore two-seat Track Pack version that saves 12.2kg in weight and includes carbon fibre racing seats and four-point safety harnesses. In place of the backseat is a solid metal panel and Harness Retention Hoop, which helps boost torsional rigidity by 27 percent over the four-seat version.

Project 8 costs from £149,995 in the UK. It is the second Collector’s Edition Jaguar from Special Vehicle Operations, after the 2014 F-Type Project 7. Deliveries begin this summer. 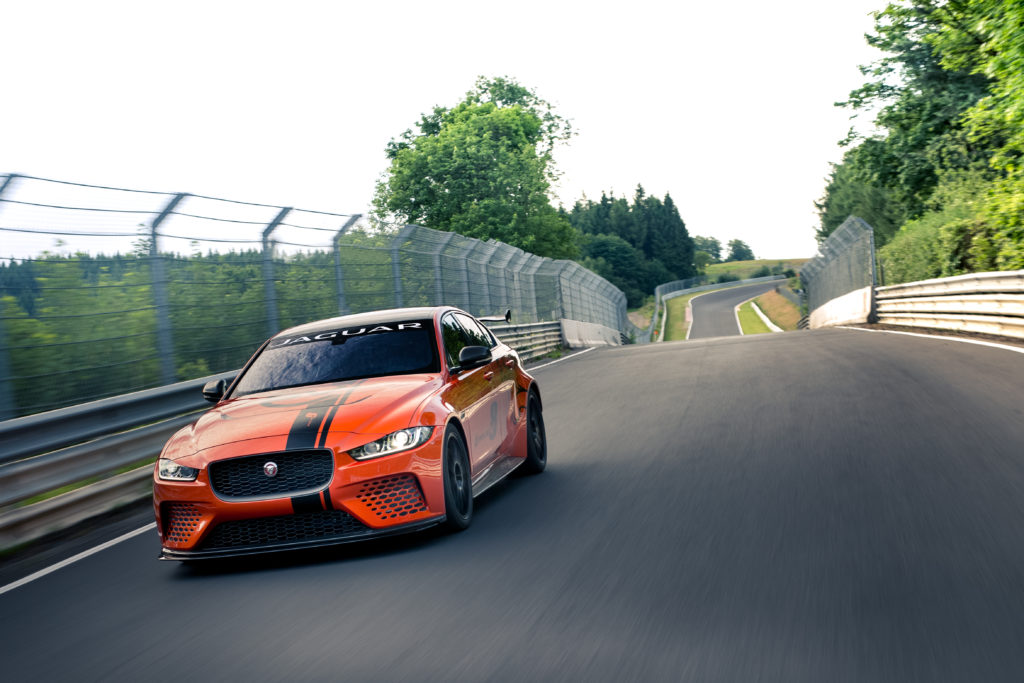