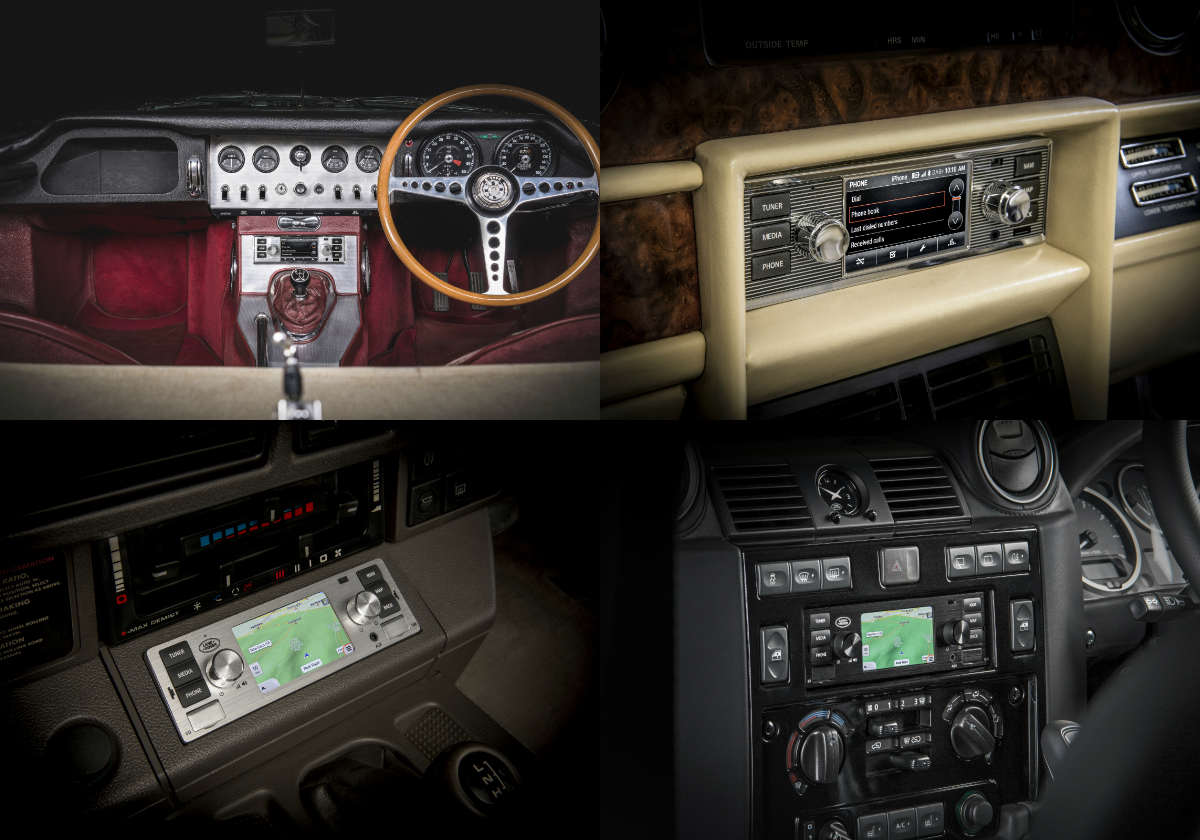 The new range of Classic Infotainment Systems provides modern audio, navigation and infotainment functionality for most classic cars, with discreet and harmonious styling, and is available in five designs including two Jaguar and two Land Rover branded units.

Controlled by a 3.5-inch high-resolution touchscreen integrated between traditional rotary controls and buttons, the navigation system’s Europe-wide route guidance can be displayed as 2D or 3D maps, or as turn arrow instructions, and includes TMC traffic alerts.

Other key features of the Classic Infotainment System are telephone functionality, including phonebook transfer via Bluetooth, and support for up to four devices, with 1250 contacts per device; an internal microphone; six system languages (English, German, French, Italian, Spanish, Russian); and up to 32 different languages available for the navigation function.

Acquiring that perfect classic car for yourself