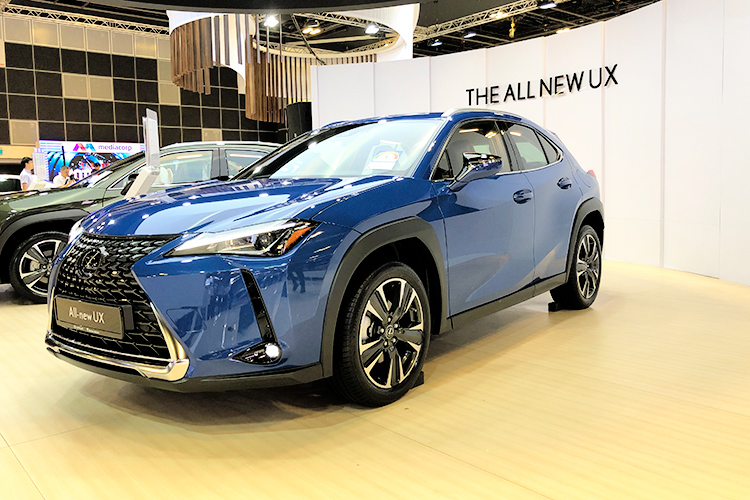 The Lexus UX was launched at the 2019 Singapore Motorshow by official agent Borneo Motors.

The UX is a compact crossover and Lexus’ entry-level model.

Like other new Lexus models such as the ES, LS and LC, it has a bold design.

It is clear that the carmaker no longer wants to be known (or seen as) conservative.

Although this crossover uses the same platform as the Toyota C-HR, it has been re-engineered to the point where it bears no similarity to its relative.

Indeed, Lexus claims that the styling of their latest crossover features elements of an armoured car and a racecar.

Debuting on the model is a leather trim inspired by Sashiko, a quilting technique used in making martial arts uniforms. 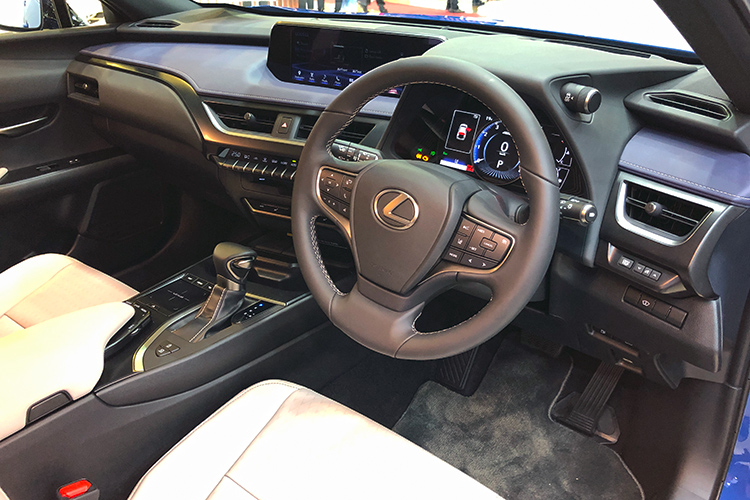 A new grain finish inspired by Japanese washi paper can be specified for other interior surfaces as well.

The former is powered by a naturally aspirated 2-litre 4-cylinder motor that delivers 170bhp and 204Nm. 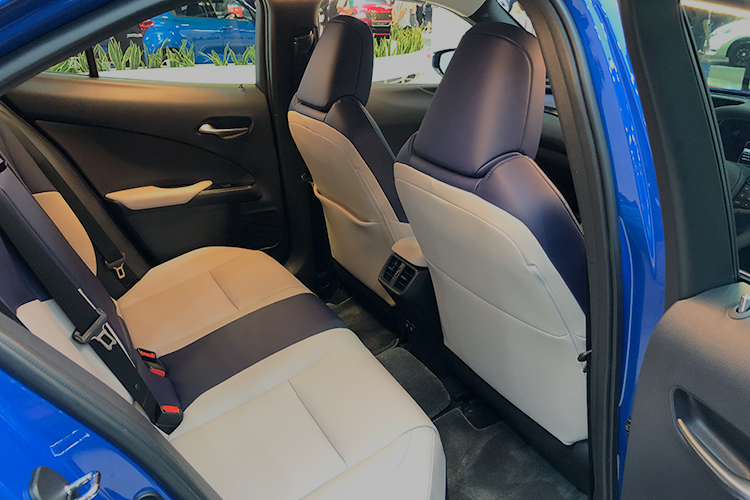 The UX250h, on the other hand, is a petrol-electric hybrid with a drivetrain that pumps out 181bhp and 188Nm.

Surprisingly, it is quicker than its sibling and does the century sprint in 8.5 seconds.

Lexus LS350 is one sporty and luxurious limousine