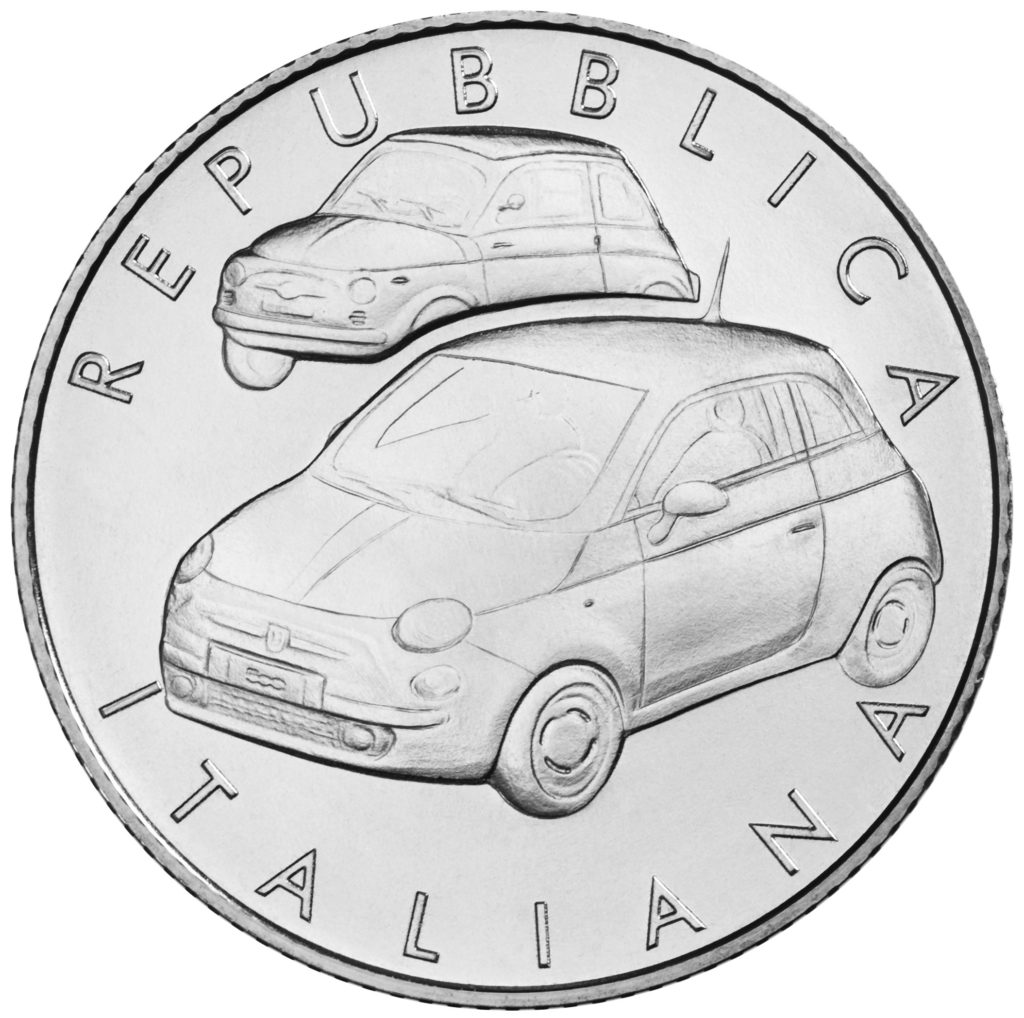 Fiat 500 enthusiasts can now purchase a limited-edition silver coin that has been specially minted to mark the iconic model’s 60th anniversary.

Released by The Italian State Mint (Istituto Poligrafico e Zecca dello Stato) and just unveiled by the Italian Ministry of Economics and Finance, the coin has a face value of €5 and was designed by master engraver Claudia Momoni. Only 4000 of the coin will be minted.

On one side, the coin depicts the 1957 Fiat 500 and the current model, with the words “Repubblica Italiana”. The reverse side shows the profile of the classic 500 with the dates 1957 and 2017 (the year the first Fiat 500 was produced and the year the coin was minted), as well as the coin’s face value.

The coin also bears the initial “R”, showing it was minted in Rome, and the name of the engraver alongside a Fiat 500 logo in the original style.

The release of this limited coin complements the Fiat 500 60th anniversary commemorative stamp, which was launched by the Italian Post Office earlier this year. It is another indication of the Fiat 500’s reputation as a true icon of design, with the car also notably becoming a permanent addition to the Museum of Modern Art (MoMA) in New York.

During its 60-year history, the Fiat 500 has improved the everyday lives of millions of people. Its production was an important part of Italy’s post-war economic recovery and the car put the nation on four wheels before being exported all over the world. 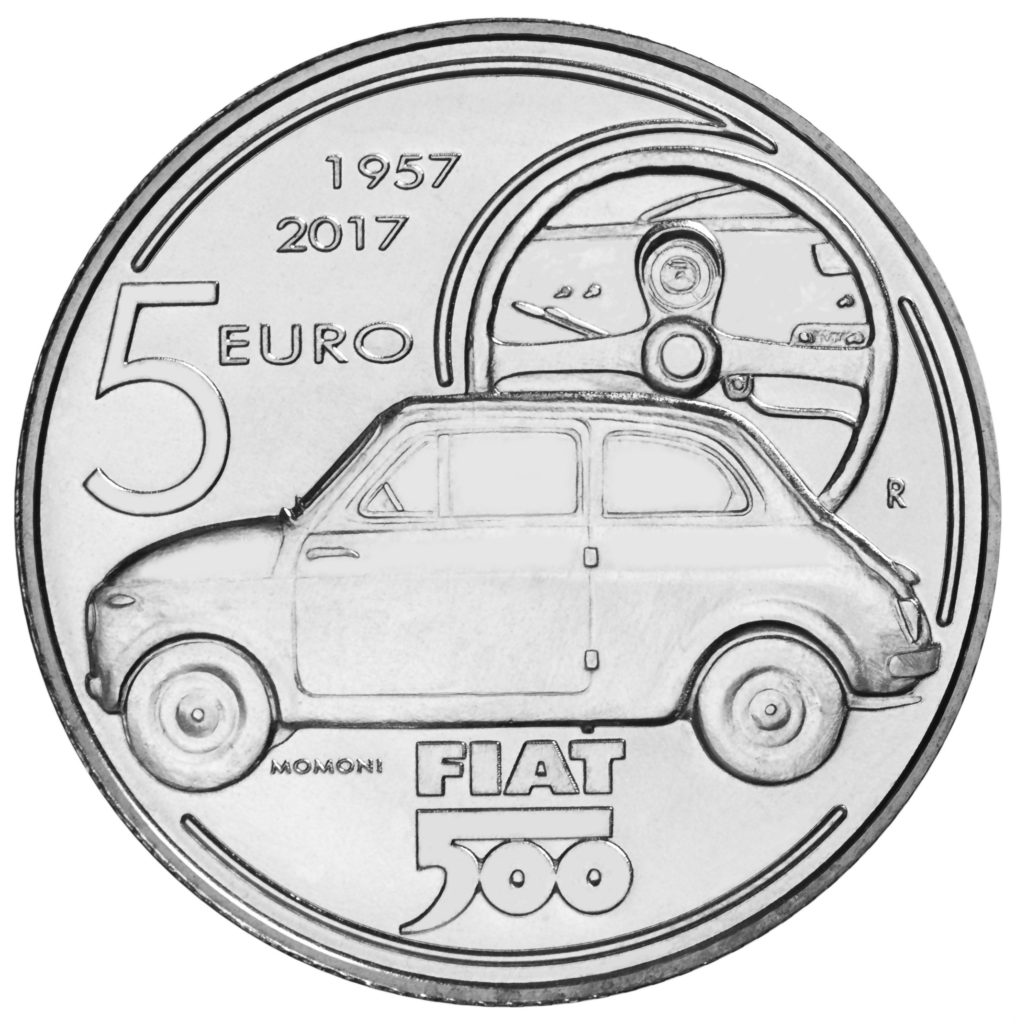 Check out the Fiat 500 Anniversario.