Malaysia to have automated clearance for bikers at Causeway and Second Link | Torque
Loading posts...
0 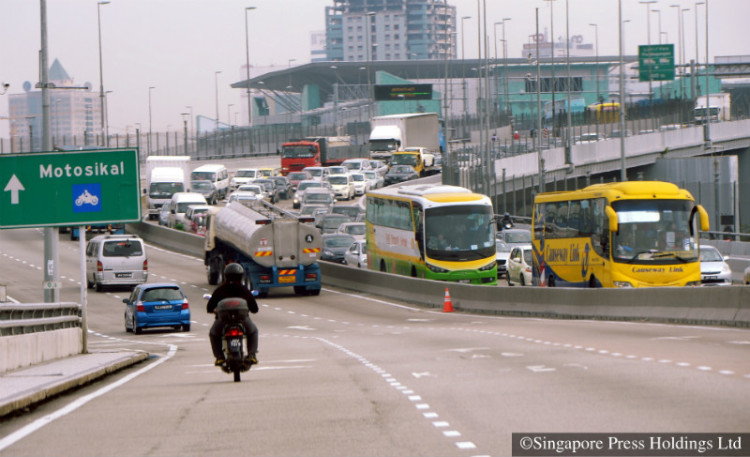 About 35,000 motorcyclists a day use the Causeway and Second Link crossings.

Motorcyclists will have an easier time entering and leaving Johor Baru, as Malaysia plans to put in place automated immigration clearance facilities at both the Causeway and Second Link.

It will have 100 “M-Bike” lanes at the Causeway and 50 lanes at the Second Link for the scanning of passports, said a joint statement issued by Malaysia and Singapore.

No timeframe was given for when this will be ready. But the system is similar to that used by Singapore’s Immigration and Checkpoints Authority known as Bikes II – where riders at Woodlands and Tuas checkpoints can scan their thumbprints and have passports verified by a machine at 164 counters by the end of this year.

About 35,000 motorcyclists a day use the two crossings, and the measures to improve travel were discussed by officials from both sides when they met in Singapore yesterday for the 12th Malaysia-Singapore Joint Ministerial Committee Meeting for Iskandar Malaysia.

The committee was set up in 2007 to study how both neighbours can work together in the South Johor economic zone.

The committee also discussed the progress of the Kuala Lumpur-Singapore High Speed Rail project and the Rapid Transit System (RTS).

On the high-speed rail project, officials noted that “discussions on the commercial, regulatory, security and technical issues are ongoing”.

The committee also “discussed preparations towards the conclusion of a bilateral agreement between the two countries”, and pledged to implement the project “expeditiously, bearing in mind its scale and complexity”.

It also welcomed Malaysia’s confirmation that Bukit Chagar in Johor Baru will be the terminus location for the RTS, that will be linked to Woodlands North MRT station.

The RTS is now in the second phase of a joint engineering study, and the committee said it “looked forward to its commencement”.