Malaysia VEP will not be enforced during peak hours | Torque
Loading posts... 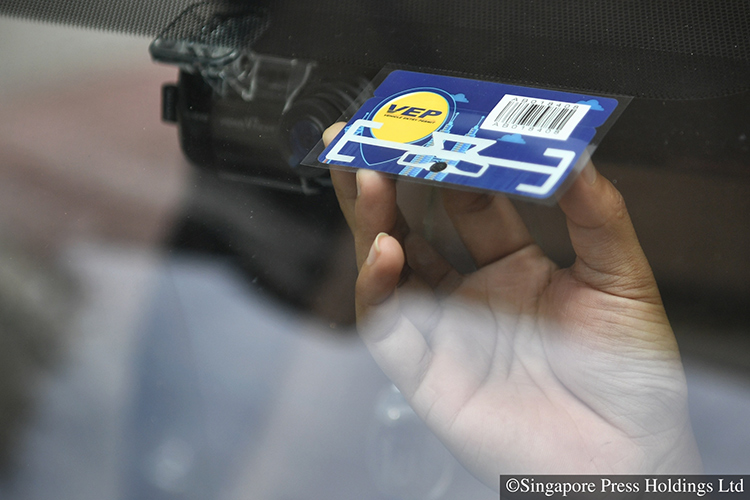 Malaysia announced that it will defer the enforcement of its Vehicle Entry Permit (VEP) “during peak-hour traffic operation” until further notice.

It cited “several issues” including difficulties in obtaining appointments for the VEP RFID tag installation.

In a statement, the Transport Ministry said that this would affect “all outbound traffic” at Bangunan Sultan Iskandar and Kompleks Sultan Abu Bakar at Woodlands and Tuas Checkpoints respectively.

Replying to queries by The Straits Times, the ministry said “peak hours” refer to the following:

Plan your journey to avoid holiday jams at checkpoints

It added that with this deferment, it is hoped that “all foreign vehicles owners will take this opportunity to immediately register and get the VEP RFID tag installed to avoid any difficulties to commute in and out of Malaysia in the future”.

The VEP was first announced in 2017 by then ruling government Barisan Nasional to identify the number of foreign vehicles entering Malaysia and also to prevent car theft and car cloning syndicates.

In April, the Malaysian government announced that it will enforce mandatory VEP registration for foreign vehicles entering from Singapore from Oct 1, 2019.

Only VEP-registered vehicles will be allowed entry into Malaysia once the permit is implemented, it said.

On Sept 2, Malaysia’s Transport Minister Anthony Loke said his ministry was still looking into how it could implement the VEP permit at Malaysia’s borders with Thailand, Indonesia and Brunei, reported Malaysia Chinese-language daily Sin Chew Daily.

He added that the authorities would first implement the VEP at Malaysia’s border with Singapore and that the ministry was ready to introduce the permit.

The long-debated VEP scheme is expected to be carried out in three stages, beginning with the Causeway and Second Link, followed by the Malaysia-Thai border, and then the border between Malaysia and Brunei as well as the Malaysia border with Indonesia.

6 road trip dangers to look out for

The Malaysian government did not say when the VEP would come into effect at the other borders.

The plan to implement a VEP at all Malaysian land borders has been delayed several times because the Malaysian authorities said they needed more time to fine-tune the system. It has been in the testing stage since last year.