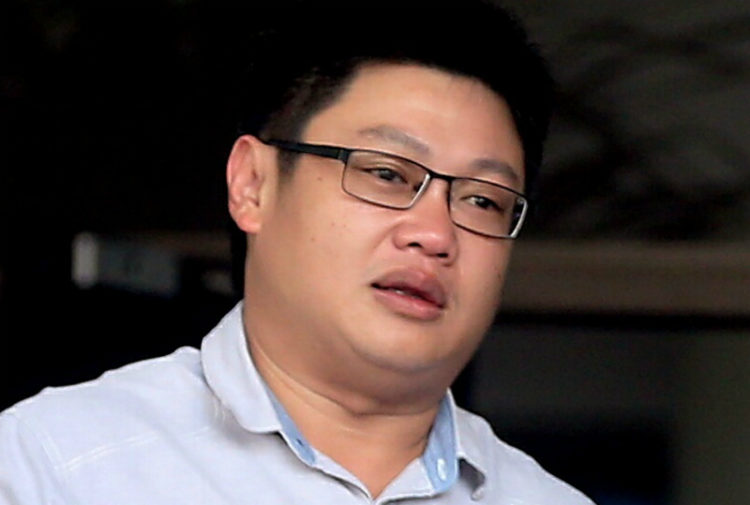 A motorist with only a provisional driving licence (PDL) allegedly crashed a car into another vehicle and fled. And when Traffic Police later investigated Ivan Tan Chun Keng, 31, over the hit-and-run accident, he allegedly gave them the particulars of his friend’s dead father instead.

Tan was charged in court on Thursday (Nov 30) with four traffic offences and two counts of perverting the course of justice.

Learner motorists can apply for a PDL after they pass their theory tests.

This licence allows them to practise driving on public roads under the supervision of a qualified instructor.

The Singapore Police Force website states that learner motorists have to engage a licensed instructor who must be seated beside them at all times while they learn driving. They must also display two learner plates in their car, which has to be insured.

Tan was allegedly driving without supervision on June 6 and had no learner plates in his car.

He was also said to be driving without insurance.

Tan was allegedly driving at the Clementi Avenue 6 junction of Clementi Loop at around 7am that day when his vehicle hit another car, damaging it.

He allegedly failed to exchange particulars with the other driver after the accident and failed to inform the police about the incident within 24 hours after it occurred.

Instead, he is said to have tried to cover his tracks by repairing the car he was driving at a workshop about three hours later.

When the Traffic Police contacted him on June 26, he allegedly gave them the particulars of the late Mr Low Geok Seng instead of his own.

For each count of perverting the course of justice, he can be jailed for up to seven years and fined.