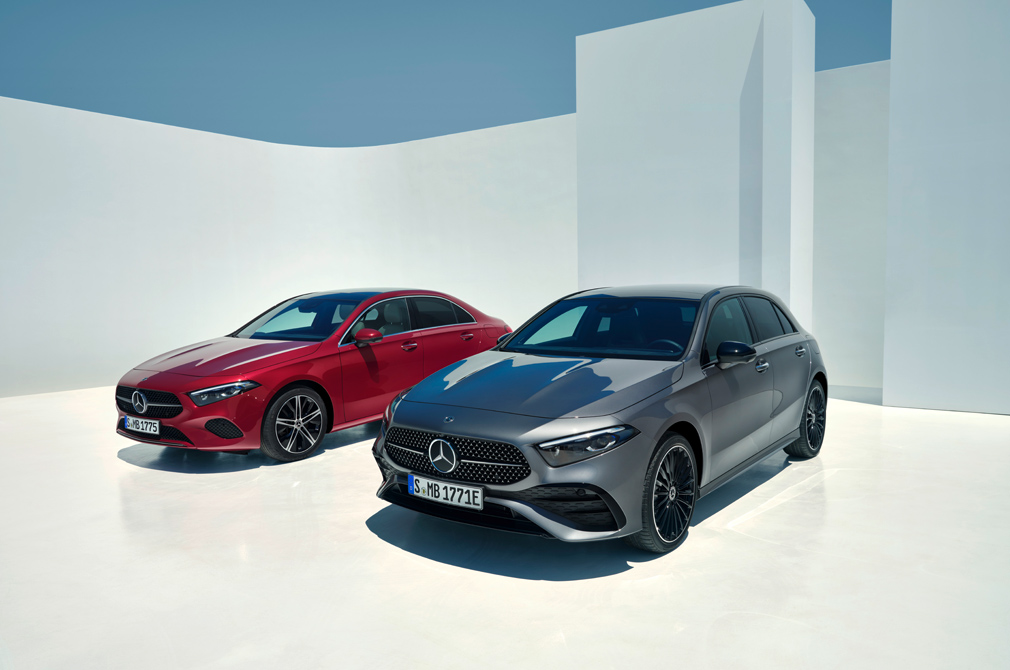 You’ve no doubt heard the saying, “If it isn’t broke, don’t fix it”. Seems like Mercedes has adopted this precise strategy with its latest update to the A-Class Sedan and Hatchback.

Look at the pictures closely and you might notice that the new car now has a new front grille.

It now sports the star pattern as we saw on the Mercedes-Benz C-Class AMG Line. This grille is flanked by redesigned LED head lights.

A new rear diffuser also now graces the Mercedes A-Class. And that about sums the exterior changes.

However, if you are looking for something a little different, a variety of non-metallic/metallic and Manufaktur paint finishes are now available for the compact sedan internationally, alongside four new rim designs. 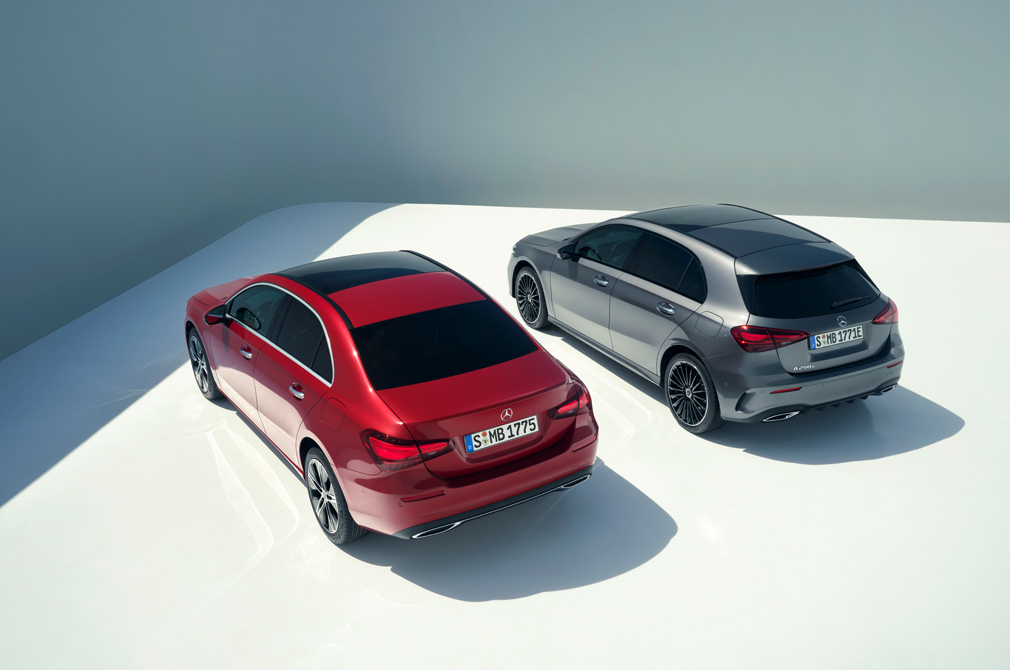 The rear diffuser has been redesigned on the A-Class.

Thankfully, there are more changes in the cabin of the A-Class.

The Mercedes A-Class now gets the latest generation Mercedes steering wheel, which will come upholstered in Nappa leather as standard.

The twin 10.25-inch displays from the outgoing car will still do duty here. That said, the MBUX system here has been updated so it now sports newly designed display styles.

Customers will also now be able to opt from seven colour worlds from the system. 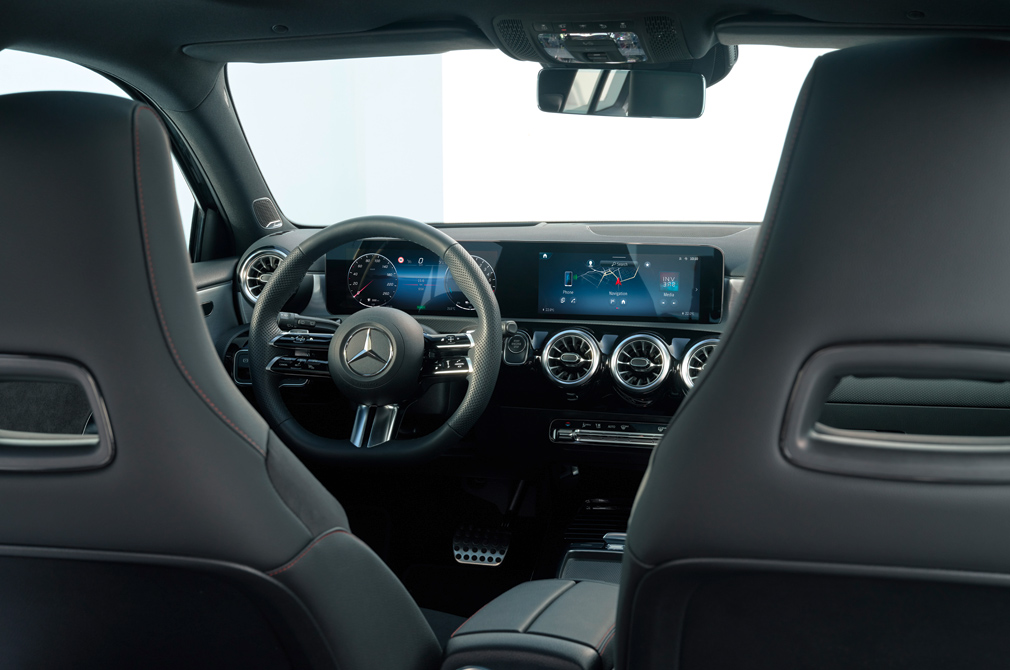 The system will also sport a new fingerprint sensor, for identifying and authorising the driver.

Elsewhere in the Mercedes A-Class, an additional USB-C port has been added and the USB charging capacity is said to have been increased.

Three different interior colours: Black, beige, and a new sage grey, are now being offered for the Mercedes A-Class in ‘Progressive’ trim internationally.

Opt for the AMG Line trim, though, and you’ll get your compact furnished with bright brushed aluminium trim, while your seats, upholstered in a Artico/Microcut combination, will sport red contrasting topstitching.

Look under the bonnet of the Mercedes A-Class and you’ll find the lineup of petrol engines has been retained. 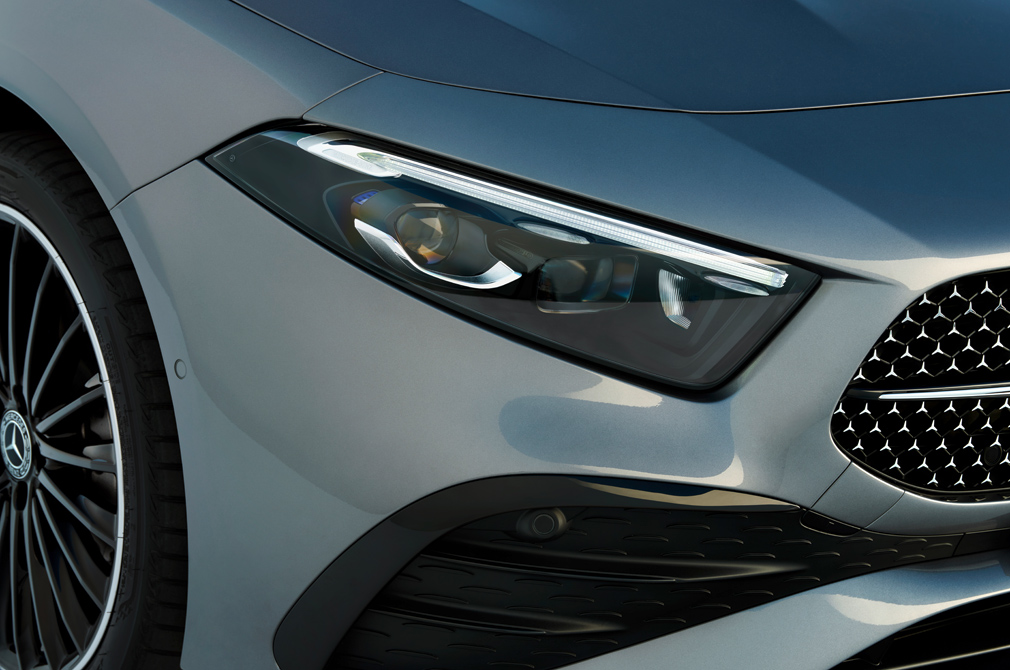 The LED signature within the head lights has also been redesigned.

Opt for the A220 and you’ll get a total output of 188bhp, while the A250 will push out a total of 221bhp. Both of these variants will have 4Matic, putting power to all four wheels.

These engines now come equipped with 48-volt mild hybrid technology, which Mercedes says is capable of adding a total of 14bhp to the drivetrain.

Mercedes-Benz A-Class Saloon review: Another “A” to consider