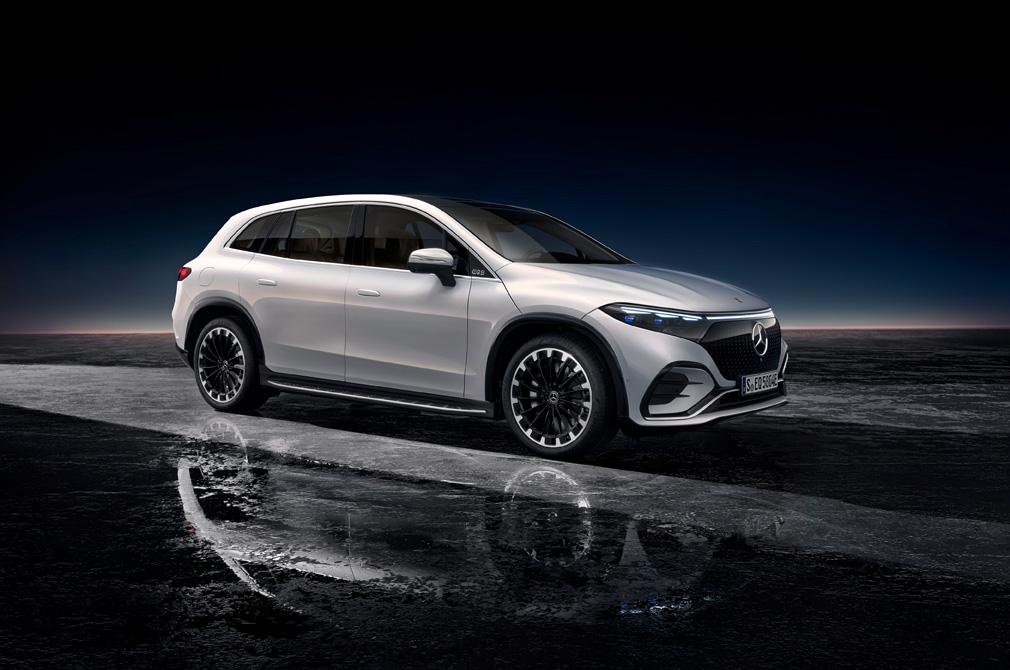 If you like your SUVs large and luxurious (like the BMW X7) but find petrol propulsion a little quaint, Mercedes now has just the thing for you.

It’s called the Mercedes-Benz EQS SUV, and big it is indeed. Mercedes says the EQS SUV is 5125mm long, 1958mm wide, and 1718mm tall. It’s actually about as big as the EQS Sedan, except for the fact that it is 200mm taller.

On the outside, the EQS SUV is identifiably related to the EQS Sedan, sporting the same black panel at the front that takes the place of a traditional grille, as with all EQ models.

Like the EQS Sedan, this panel is speckled full of tiny three-pointed stars. The EQS SUV’s daytime running lights, however, are in the form on three triangles as opposed to the three-dot pattern on the sedan. 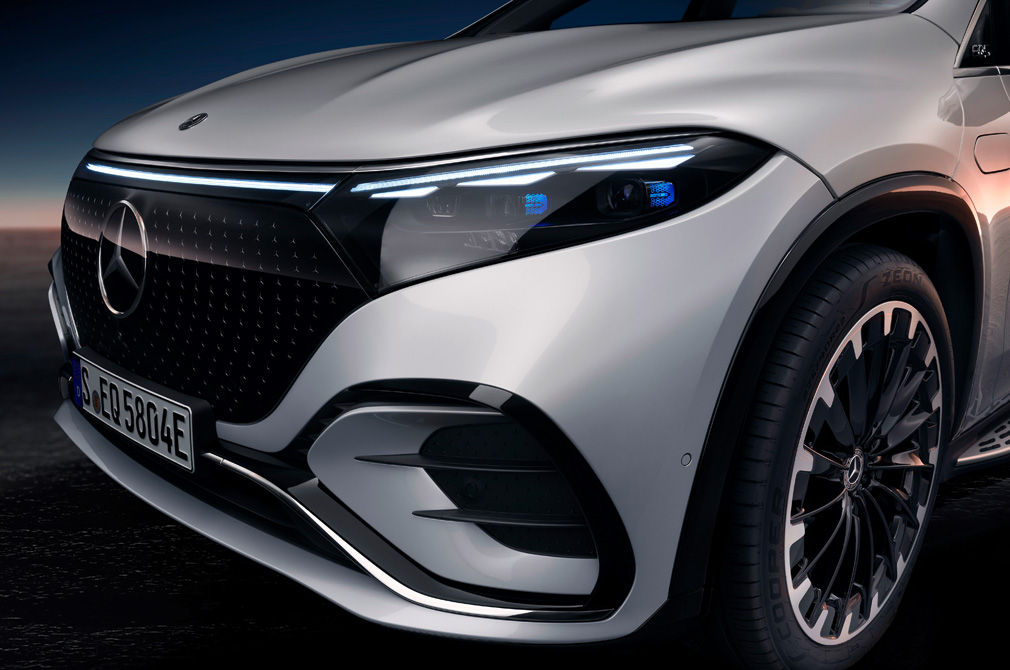 The EQS SUV is available with Mercedes’ Digital Light technology, which can project warning symbols onto the road.

The crescent-shaped single bow silhouette of the EQS Sedan has also been preserved here – as much as is possible for a seven-seater SUV that is. On the EQS SUV, this is achieved by the steeply raked A-pillar coupled with a black roof contour.

Viewed from the side, you’ll also notice the in-trend flush door handles, along with black wheel arches and side sills.

Mercedes says that those running boards you see will also be available as an option.

And it’s mighty luxurious as well. Mercedes is offering the EQS SUV as both a five- and seven-seater.

Open the rear doors of the three-row variant and you’ll find up anywhere from 830mm to 960mm of available knee room, thanks to a sliding second-row of seats. 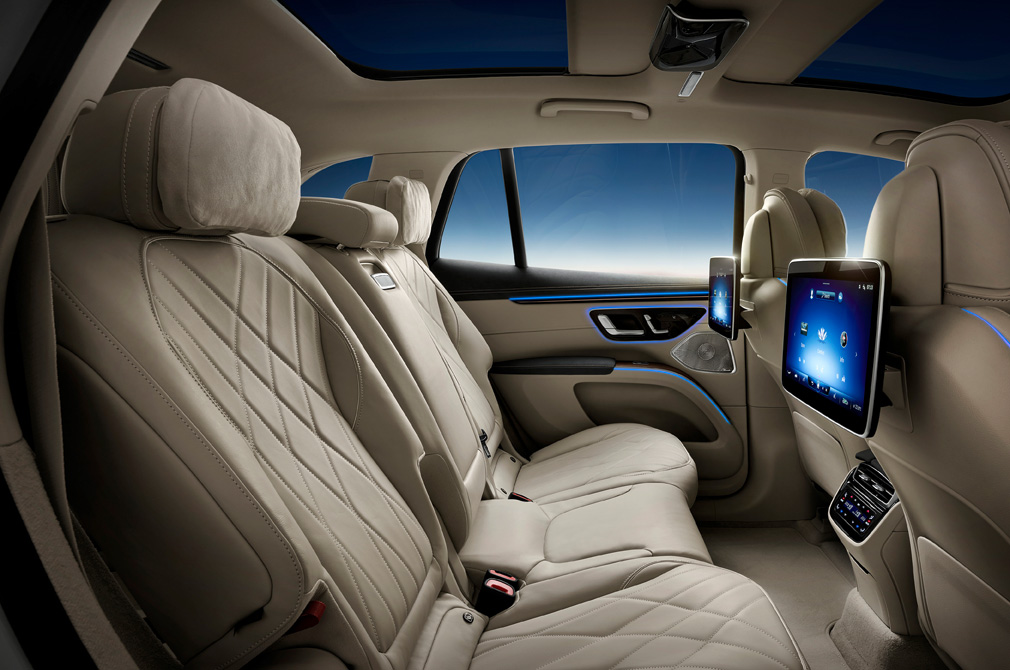 Opt for the MBUX High-End Rear Seat Entertainment Plus and you get two 11.6-inch displays on the backrests of the driver and front passenger seats.

Those seated in front will get to play with the optional MBUX Hyperscreen system. Here, the full-width system combines a 12.3-inch driver’s display, 17.7-inch central display, and a 12.3-inch screen into one visual unit.

The use of artificial intelligence by the system means that it can, for example, suggest a seat massage automatically if it learns that it is customary for the driver to do so. It can also give you birthday reminders and prompt you if there are things on your to-do list.

On-board comfort is improved by the use of air suspension with continuously adjustable damping as standard. A four-link suspension is used in front, while an independent multi-link setup is in the rear. 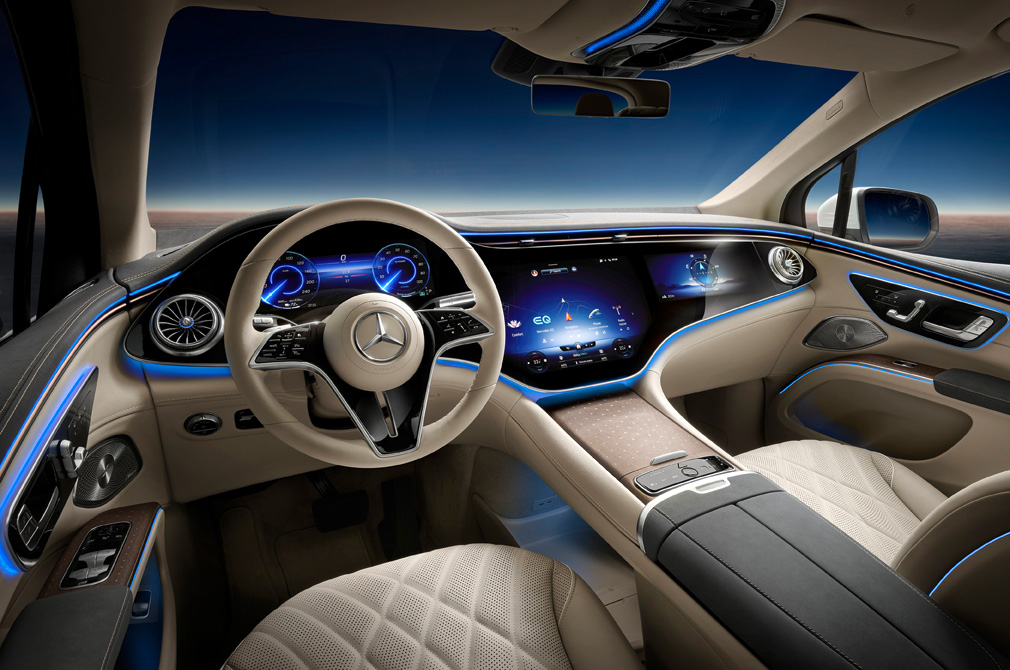 Your front passenger will get his or her own 12.3-inch display to play with if you opt for the MBUX Hyperscreen.

As with the EQS Sedan, all-wheel-steering will come as standard as well. It will offer a maximum of 4.5 degrees of steering angle at the rear, with the option to increase this to 10 degrees.

Three powertrain options for the EQS SUV are being offered at launch. The first, called the EQS450+, will have 355bhp and 568Nm, and rear-wheel-drive. 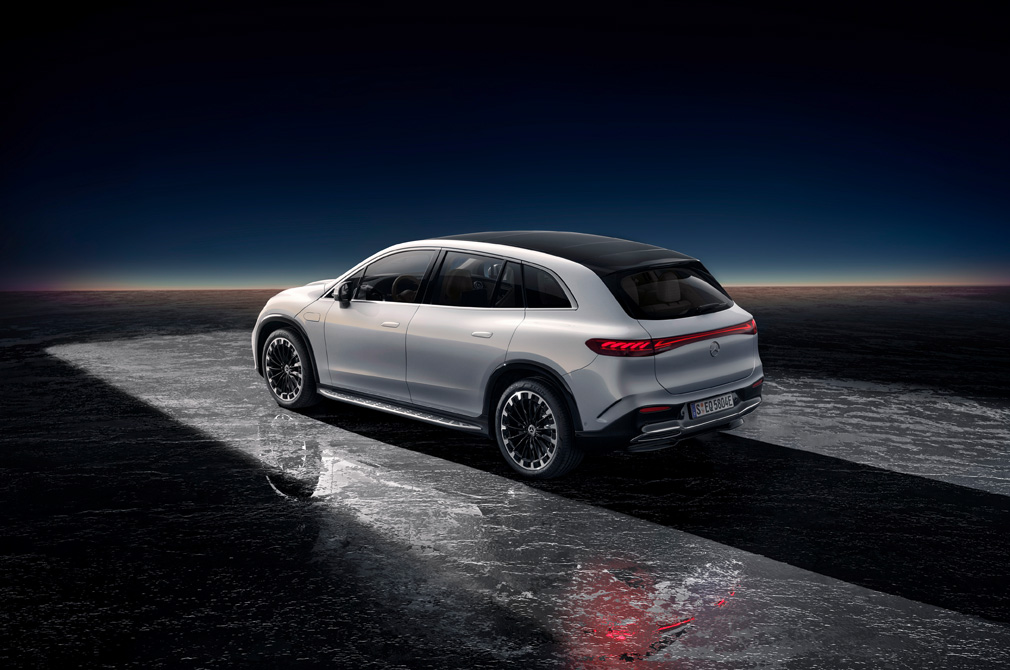 Depending on the powertrain, the 107.8kWh battery in the EQS SUV will net you up to 660km of range.

An EQS450 4Matic is also being offered. This variant will also deliver 355bhp but comes with 800Nm of torque, along with all-wheel-drive.

Finally, the EQS580 4Matic will offer a total of 536bhp alongside 858Nm of torque, and will also put power down via all four wheels.

The WLTP range for the all-wheel-drive models will reach a maximum of 613km. Meanwhile, the EQS450+ will have a maximum range of 660km.

All variants here will charge at a maximum of 11kW via an alternating current source, although 22kW charging is available as an option.

Maximum charging speed via a direct current source, on the other hand, is 200kW.