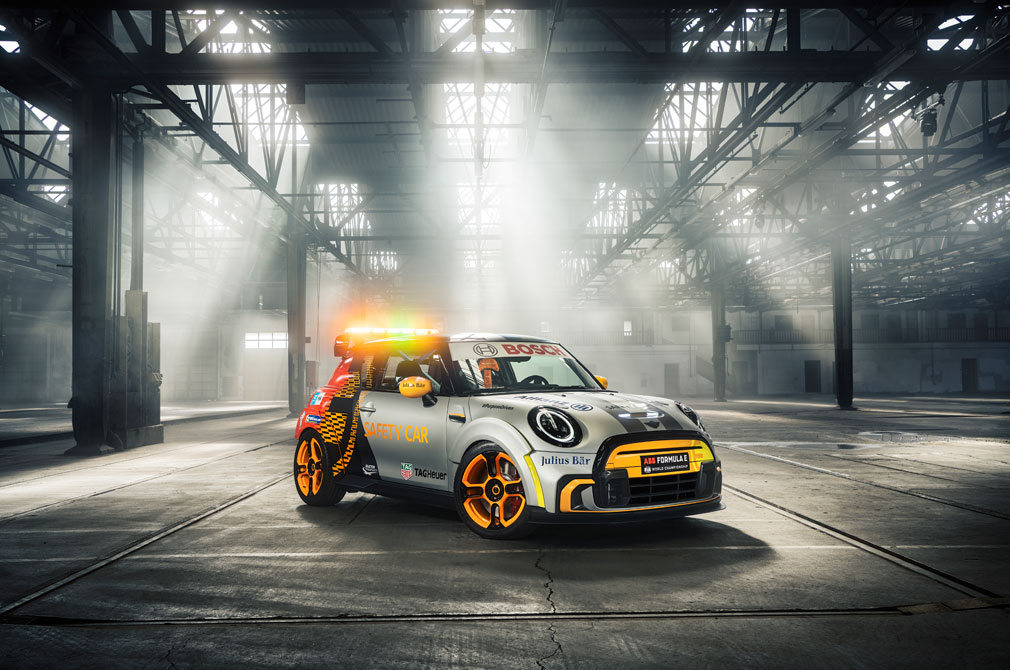 MINI has revealed the Electric Pacesetter inspired by JCW, set to do duty as the Safety Car for the ABB FIA Formula E World Championship race series.

Purpose-built for life on the track, the car represents the most dynamic interpretation yet of an all-electric powered MINI.

At the front of Electric Pacesetter inspired by JCW, classic MINI icons such as the circular head lights and hexagonal radiator grille create the familiar MINI face. 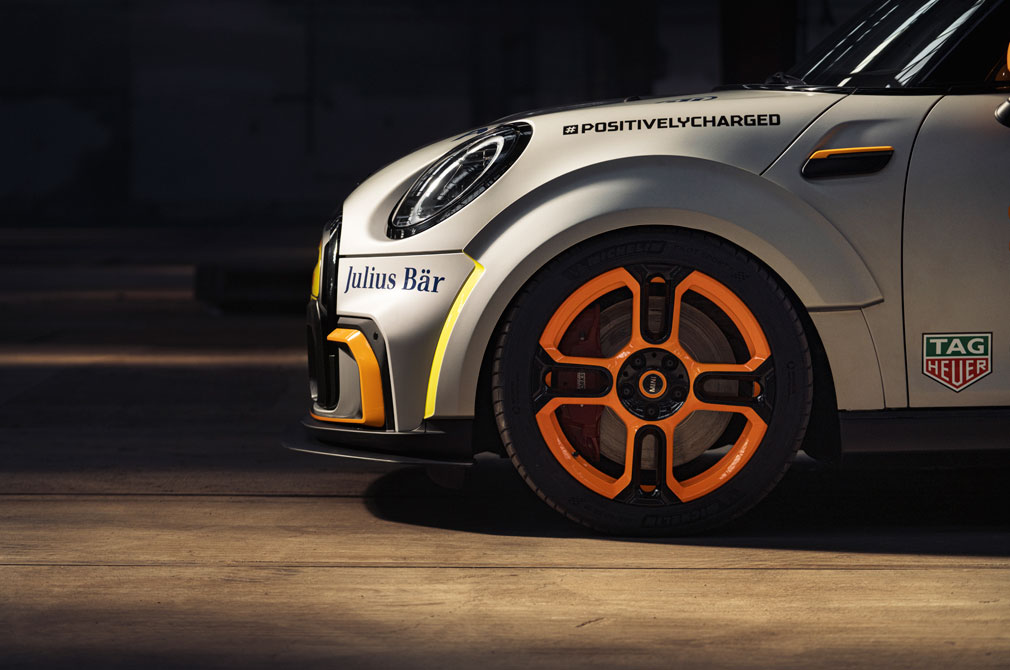 Neon orange 18-inch forged wheels are a redesign of those on the MINI John Cooper Works GP.

The wheel arches for instance, have been adapted to the car’s increased width. There is also a new deep front apron with additional front splitters to the left and right.

Meanwhile, a brightly coloured and blanked-out “radiator grille” and the MINI Electric logo, point to the electric “heart” of the Safety Car.

White flashing lights have been integrated into the bonnet of the MINI Electric Pacesetter. The car also gets characteristic MINI bonnet stripes which extend over the roof to the rear. 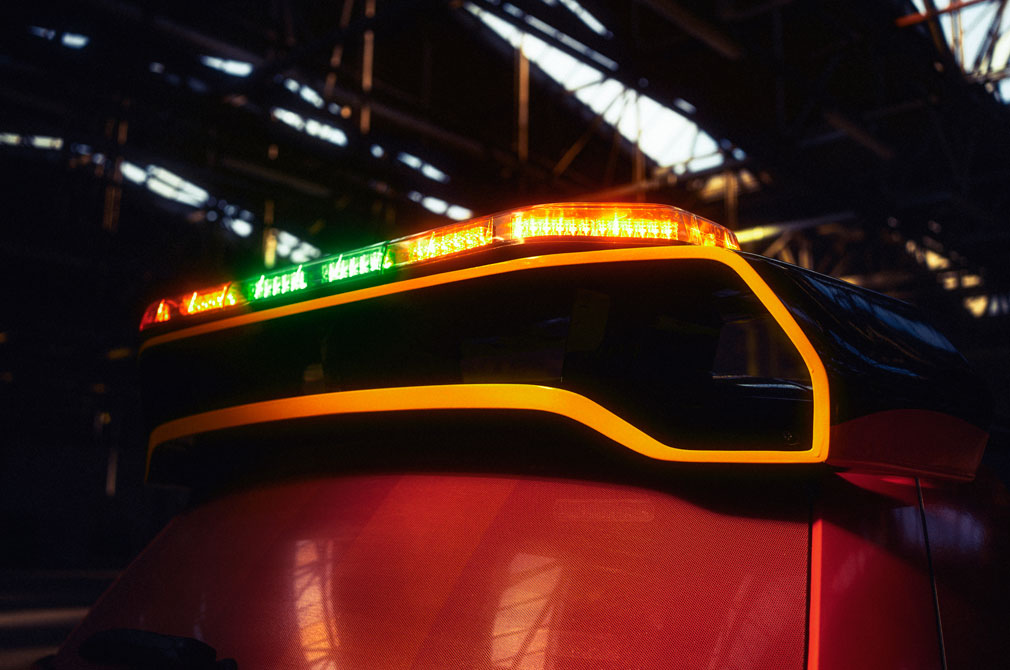 From the side, geometrically accentuated spats (with carefully placed aero edges) and sporty side skirts gives the car the appearance of powering forward.

At the rear, a roof-mounted rear wing with yellow accent lines also integrates the signal light unit. This was 3D printed at Plant Oxford. 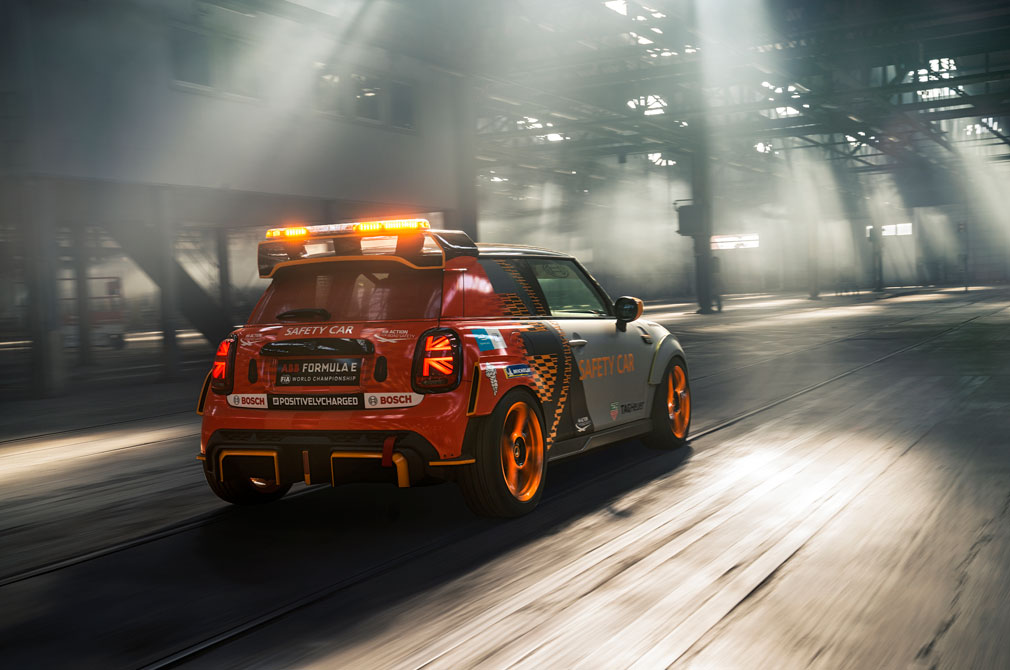 The rear apron also has cut-outs around the wheels, helping showcase the higher-grip racing tyres. Between the wheels sits an unadorned diffuser.

The interior of the MINI Electric Pacesetter has been stripped back to the absolute essentials; only the front seats remain.

The driver’s area consists of a certified seat with six-point belt approved for both racing and road use. Meanwhile, ahead of the driver rests a steering wheel utilising a minimalist-design. 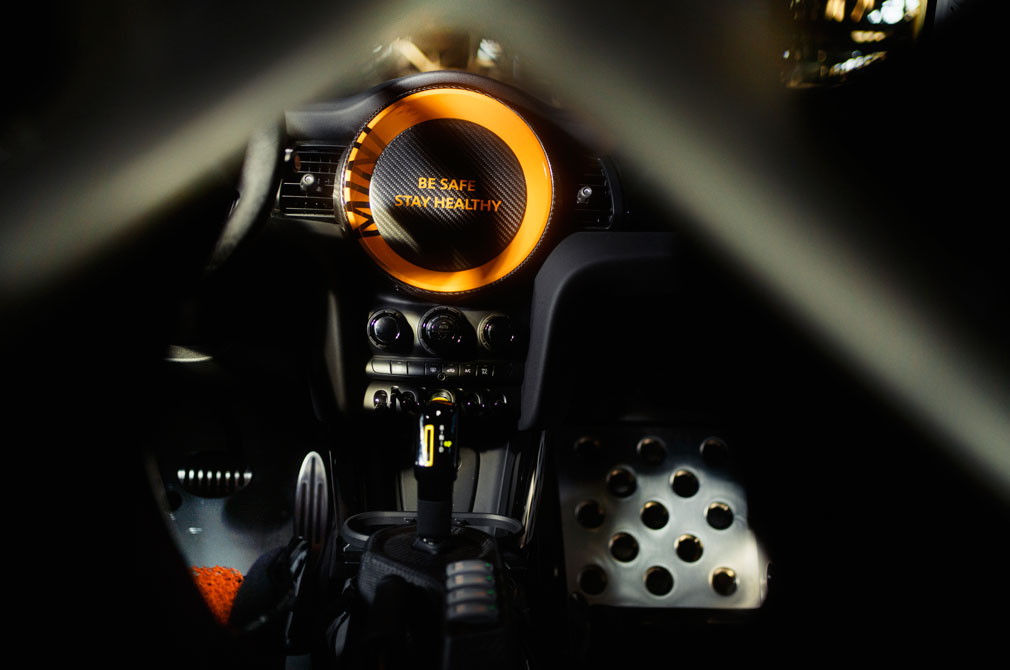 Central infotainment system makes way for a carbon fibre cover to save weight.

The central information display has also been covered with carbon fibre to further reduce weight.

Elsewhere in the cabin, the gearshift lever, handbrake and controls for the necessary signal lights are all finished in exposed carbon fibre.

A welded-in roll cage maximises safety for all within. The remainder of the stripped-out interior structure is also painted in racing white.

The MINI Electric Pacesetter has a kerb weight of approximate 1230kg, which makes it about 130 kg lighter than the standard MINI Cooper SE.

The drive system – also based on that found in the MINI Electric – produces 181bhp and 280Nm, which enables the Electric Pacesetter inspired by JCW to sprint from 0-100 km/h in 6.7 seconds.

Read our review of the regular MINI Electric here!