MINI lineup gets a substantial redesign for 2021 | Torque
Loading posts...
0 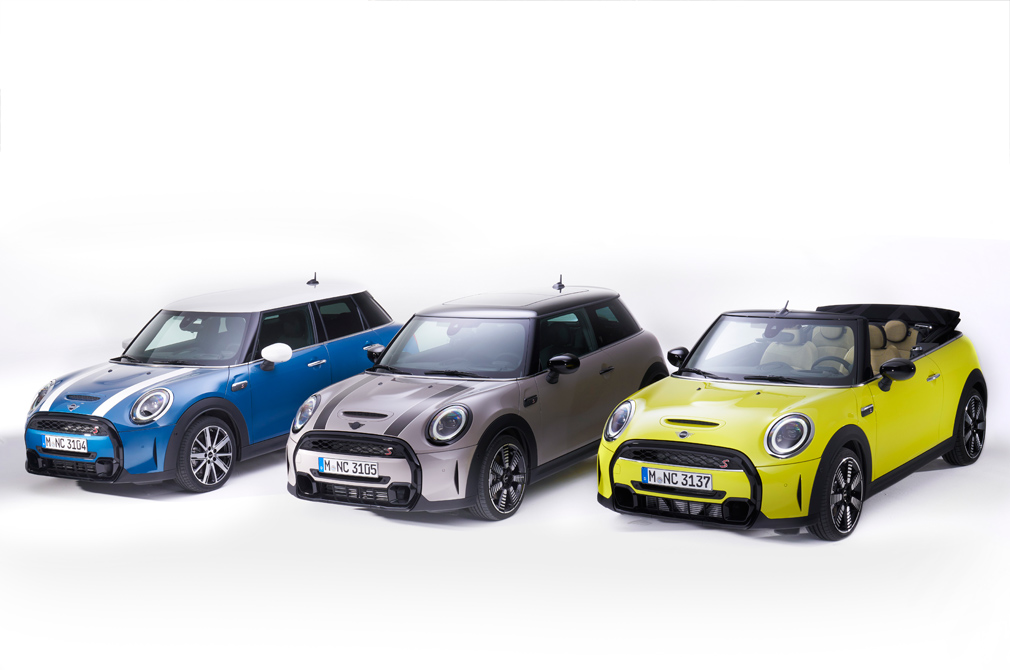 The MINI lineup has received a substantial update for 2021.

The front view of the 3 Door, including the MINI Electric, the 5 Door and the MINI Convertible have been significantly revised. Their front ends are now dominated more than ever by the characteristic radiator grille, which now sports a black hexagonal surround.

Also new at the front of the cars are vertical air inlets at the edges of the bumpers, which serve as an opening for the air curtains, optimising the car’s aerodynamics.

The central bumper strip, which also functions as a number plate holder, is now finished in body colour rather than black. 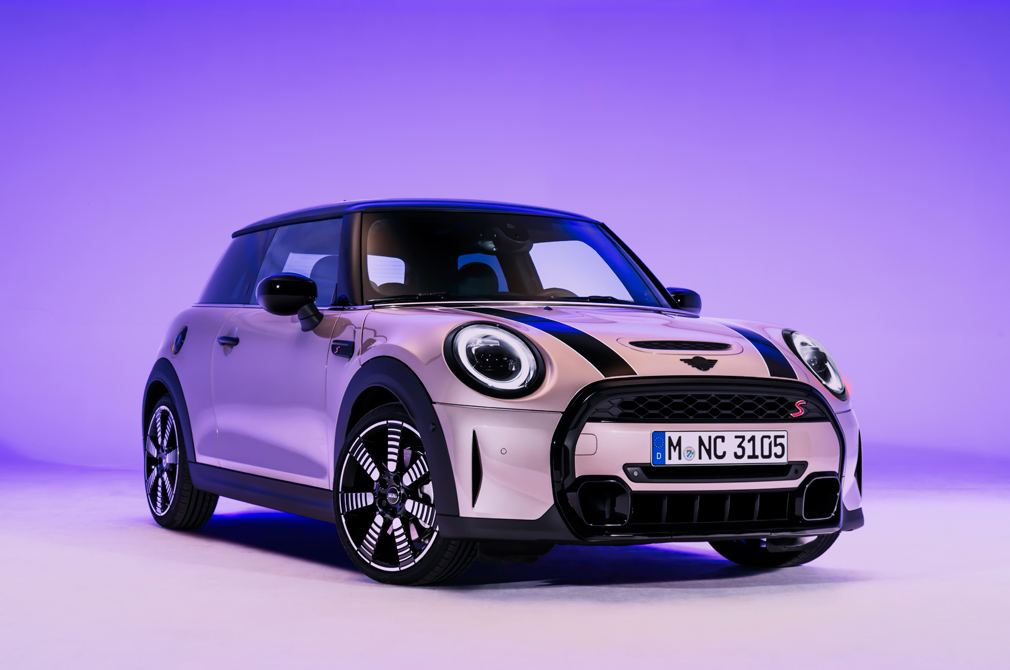 A new black hexagonal grille features at the front.

A new, expressively designed version of the LED head lights will be standard equipment on the 3 Door, the 5 Door and the MINI Convertible.

From the flank, the cars also get new contours for the wheel arch surrounds. The side indicators are also now integrated into the redesigned side scuttles and utilise LEDs.

Meanwhile, the rear of the cars also get newly designed bumpers with inserts in body colours. The rear fog light is also now integrated into the rear apron as a narrow LED unit. 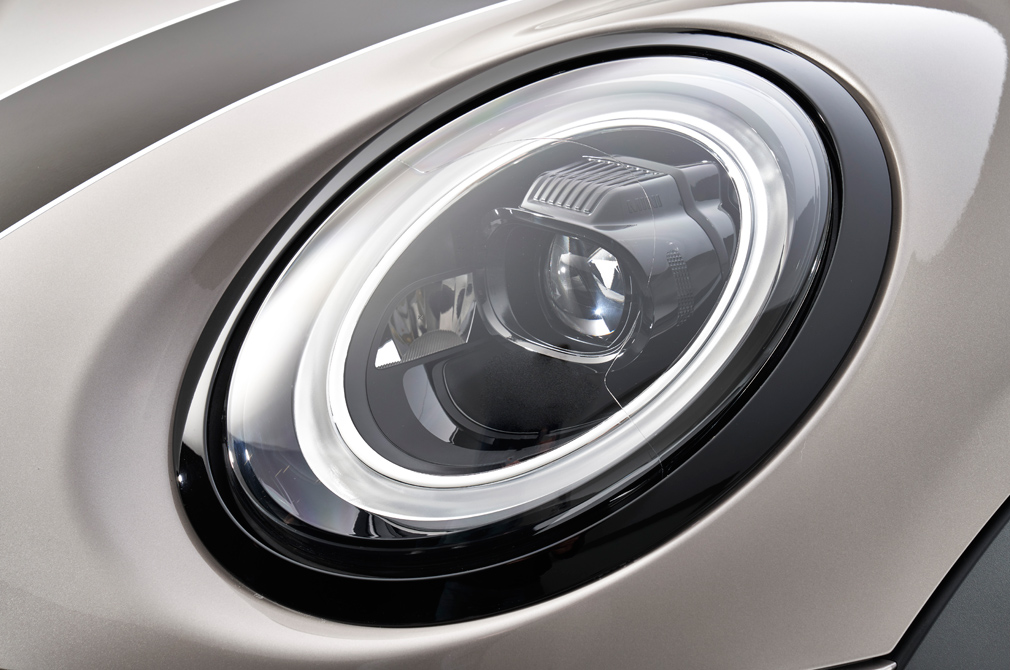 The inner housings of the head lights are now in black. Black head light surround comes as part of the Black Exterior option.

The inner housing of the characteristic MINI round head lights is no longer finished in chrome, but black. LED units for the low beam and the high beam ensure bright and even illumination of the road.

A circumferential light band takes on the function of the daytime running lights and the turn indicators.

The Union Jack rear lights are now also part of the standard equipment range for the 3 Door, 5 Door and MINI Convertible. The British flag-inspired graphic is emphasised by a new darker version of the pattern.

A new Multitone Roof is also now available. It features a colour gradient from San Marino Blue through Pearly Aqua to Jet Black.

This was created with a new painting technique, and by extending from the windscreen frame to the rear. 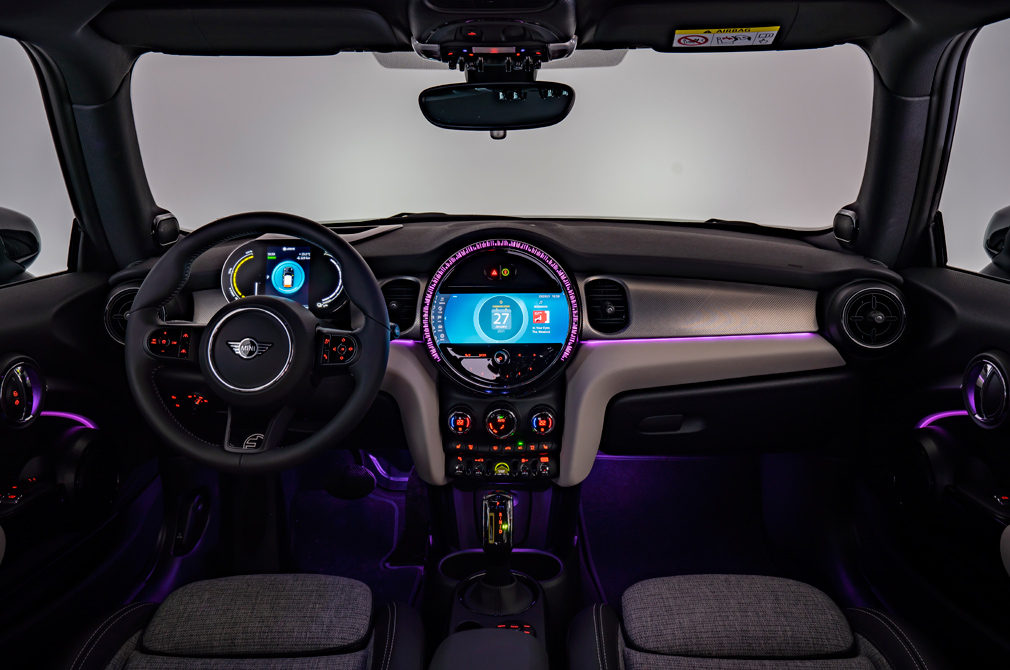 The newly designed sports steering wheel, which is now standard, has a redesigned button layout.

In addition, the audio control unit and the function buttons for the hazard warning lights and driver assistance systems are also more harmoniously integrated than before.

A newly designed sports leather steering wheel with multi-function buttons will also be standard on all model variants of the 3 Door, 5 Door and MINI Convertible. 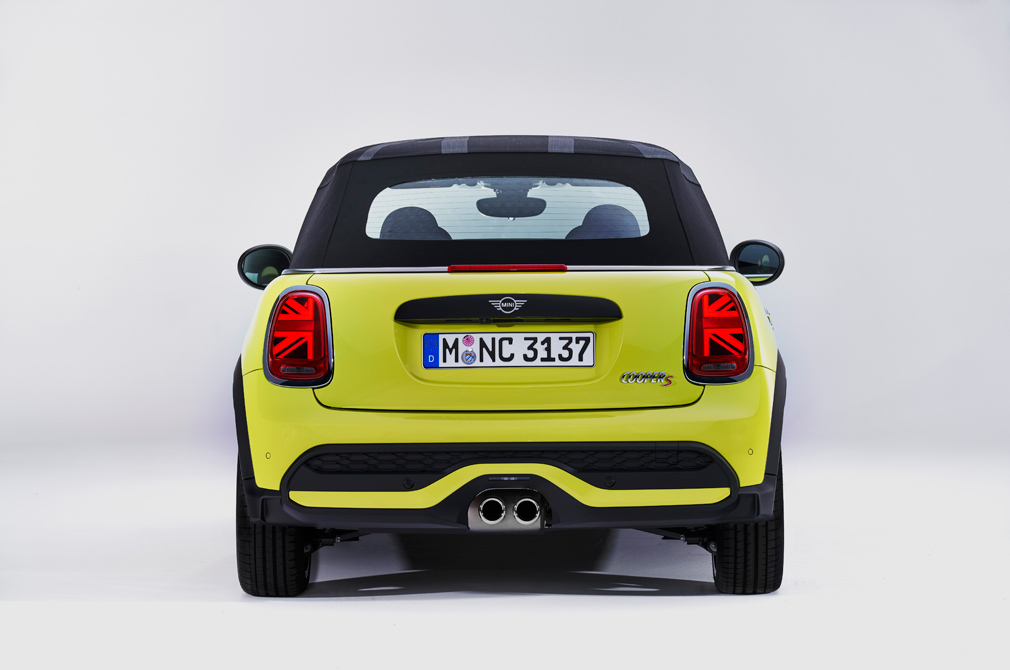 Union Jack taillights have been darkened, and are now standard.

A new structure for the keypads optimises operation of the audio and telephone functions, voice control and driver assistance systems.

Adaptive Suspension has also been made available for the first time on MINI models. The system sports new damper valves to better smooth out sudden pressure peaks for better ride comfort over small bumps on the road.

Click here to find out more about the MINI range
Read our review of the MINI Countryman here!
Or if you’re into MINI design, why not check out the radical MINI Vision Urbanaut concept?