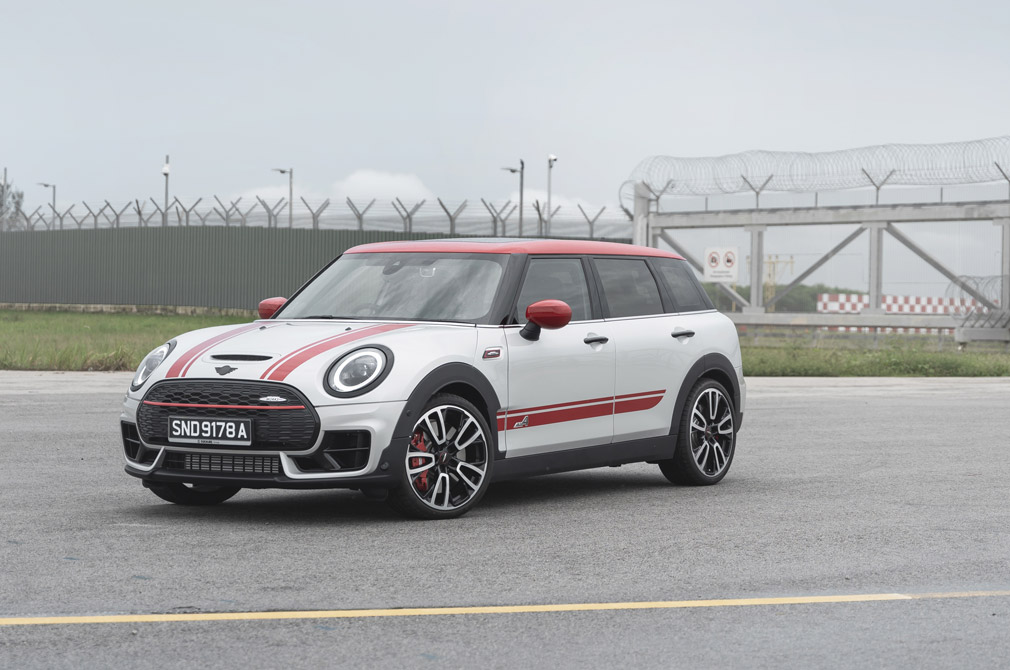 Rules and regulations don’t just exist to maintain order. They set stage for us to have fun as well. Breaking a few rules is exhilarating – so long as you don’t get caught. (I do not advocate law-breaking, though.)

At my previous company, defying my Group Editor on small matters gave me cheap thrills and anxiety. Making cheeky remarks to my HR person (actually the senior vice-president) drew laughter and playful smacks.

Of course, actually getting into trouble was never the goal. Disobeying my boss on critical issues and being rude to HR were out of bounds. It’s just that (tip)toeing the line with a grin on my face made work fun.

However, this sort of leeway does not apply to carmakers subject to stringent Euro 6 emission regulations.

Failure to abide by them is costly. If the average CO2 emissions of a brand’s fleet exceeds its emission target for a particular year, the carmaker will be fined – for each new car registered that year – €95 per g/km of target exceedance.

If you sell hundreds of thousands of cars annually, the amount will be hefty.

So, environmental regulations have taken the drama out of high-performance cars. Emissions are the enemy, so engine soundtracks are quieter and exhaust notes have softened.

The good news, however, is that these rules don’t seem to have changed the character of MINI’s John Cooper Works Clubman model. 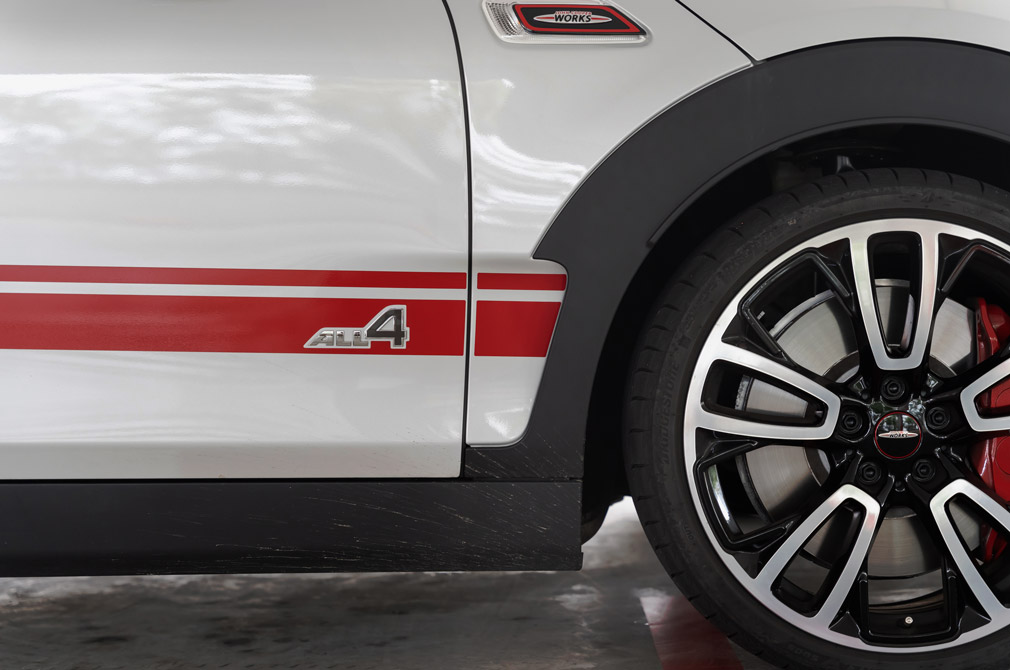 Said rules are out to make life boring for enthusiasts, but the JCW Clubman has plenty of excitement up its sleeve.

The test unit here is dressed for the occasion. Red racing stripes, along with a red roof and red mirror caps, give the Clubman a racy demeanour. Behind the large 19-inch wheels are larger brake rotors clamped by red callipers.

In the cockpit, the JCW Clubman gets the latest instrument panel with a matte finish (goodbye glare), along with a larger 8.8-inch touchscreen interface for the infotainment. 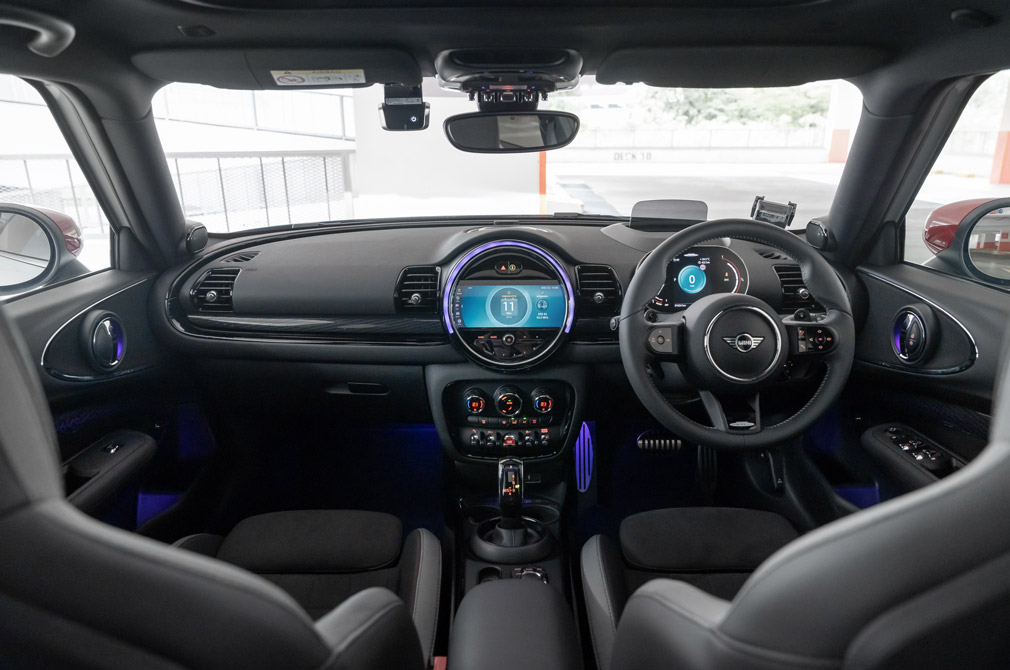 A lot of what enables the latest JCW Clubman to pack a punch is beneath its body. MINI engineers have given this model a more rigid structure compared to its “conventional” siblings, with stiffened motor connections and chassis fastenings.

Even more significant are the updates under the bonnet. The redesigned 2-litre engine now makes 74hp (75PS, 55kW) more than before, mostly thanks to a larger turbocharger with increased boost pressure, as well as the latest generation of direct petrol injection.

The JCW Clubman now packs 302hp (306PS) and 450Nm, channelled to all four wheels via an 8-speed automatic gearbox.

And yes, there’s a newly developed sports exhaust system (no JCW would be complete without one), which MINI describes as having “an emotionally charged acoustic design.” The JCW Clubman is keen to be driven quick – it feels as excited as a golden retriever who’s just seen a tennis ball in its owner’s hand.

Thumb the ignition toggle and the motor fires up with a purposeful growl. Select “Sport” for the drive mode and naughty feelings begin taking over.

The JCW Clubman feels strong – those 450 Newton-metres pull the compact estate forward with authority from low speeds. And with over 300hp under your right foot, it takes just 4.9 seconds to reach 100km/h.

Need to overtake that meandering S-Class up front? Stab the accelerator and the car surges ahead with glee and rapidity. How could you resist?

There’s an organic feel to the proceedings, too, since you’re accompanied by a throaty exhaust note. I’d hoped to hear pop-pop-pop-pop-crack during the overrun, but these playful noises have been sacrificed to meet emission standards.

JCW models have firm rides, and this Clubman is no different. There isn’t much pliancy to spare, so undulating surfaces and speed bumps are best taken at slower speeds. I can’t imagine going on a road trip in this car. 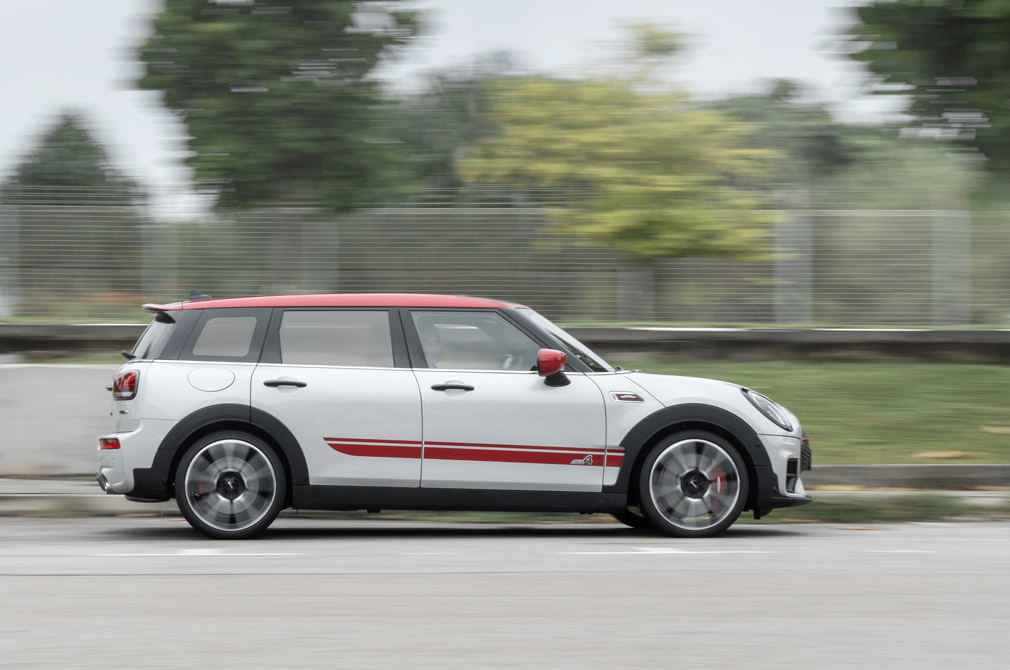 Charging into corners with gusto, on the other hand, is totally fine. In fact, the JCW Clubman revels in this enthusiasm. Brake hard, turn sharply and stomp on the throttle mid-corner – you’ll laugh as the estate takes it all in its stride.

It could do this all day or till the driver finally runs out of steam. I can’t help but imagine the same golden retriever, muddied and panting, yet still eager to run and fetch.

There’s plenty of traction from the ALL4 all-wheel-drive system, though the OEM tyres could be grippier as they chirp quite easily under moderate load. It could all be part of the fun, though.

The JCW Clubman can be as playful as you’d like it to be. I only wish that there was more feedback from the steering, and perhaps a bit more softness in the damping. Sportiness is good, but some flexibility would have been welcome, too.

It would be an even bigger hoot if the JCW Clubman was a rule-breaker, whose stock exhaust was too loud. And it would be even “cooler” if its emissions didn’t meet standards.

But the world today says otherwise, so MINI’s most powerful station wagon to date toes the line. Or does it?

In my book, the JCW Clubman is like a bad influence. It wants to be driven like it’s stolen, with the engine being redlined and tyres screeching. There’s little comfort in the ride because it’s set in its ways.

Some performance cars leave you grinning. This one left me wanting to defy my ex-boss again. I also have this impulse to send cheeky messages to my previous HR manager.

I know I shouldn’t. But it really sounds like fun. Besides, what trouble could it land me in anyway? 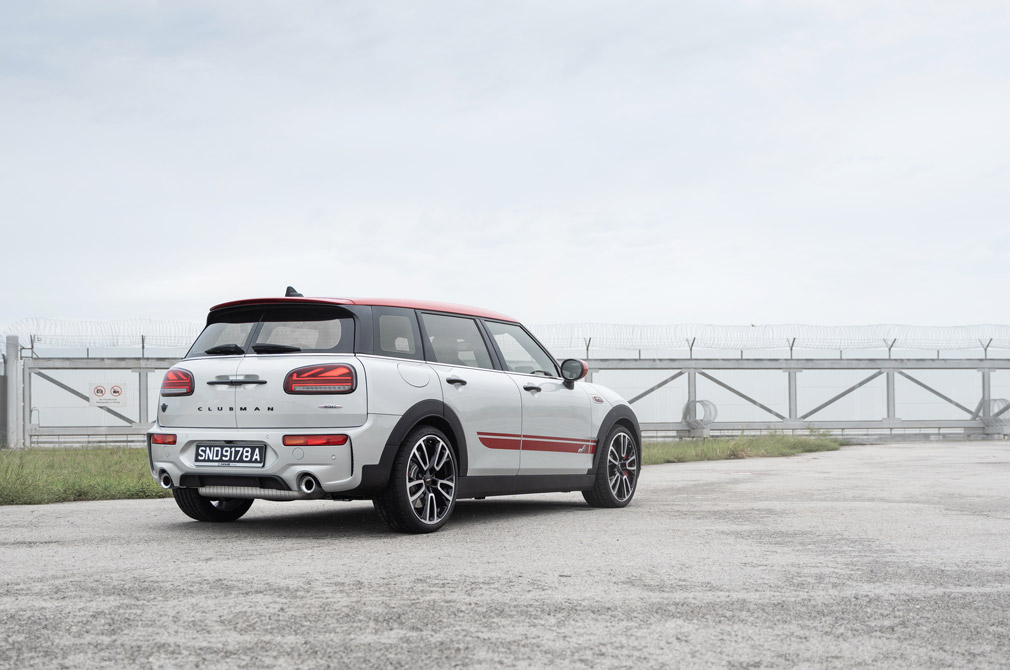