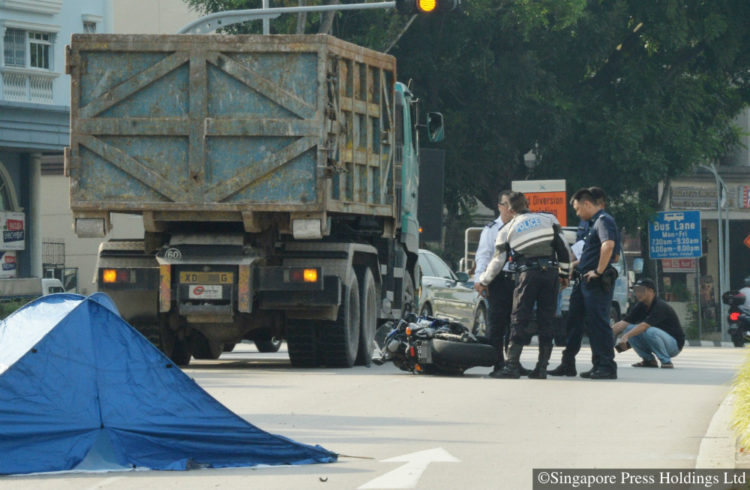 A 27-year-old motorcyclist died in an accident involving a tipper truck along Upper Thomson Road on 2 May 2017.

Police said they were alerted to the accident at the junction of Upper Thomson Road and Jalan Todak at around 7.47am. The motorcyclist was pronounced dead at the scene by paramedics.

The Straits Times understands that the victim was believed to have lost control of his motorcycle and fell. The tipper truck then ran over him.

A video posted on Facebook by Everyday SG, which appeared to have been taken by a passing motorist, showed traffic police officers at the scene. The victim’s body was covered with a white cloth.

Two lanes of Upper Thomson Road, in the direction of Lornie Road, were closed to traffic. The Singapore Civil Defence Force said they dispatched an ambulance to the scene.

The accident was first reported on the Land Transport Authority’s (LTA) traffic news Twitter account at 8.05am. LTA said in an update at around 10.30am that the accident had caused congestion till Sin Ming Avenue.