Porsche has launched its latest eighth-generation 911 on the eve of the LA Auto Show, improving on the previous generation’s attributes as well as adding technological touches to the world’s most famous sports car.

The new Porsche 911 type 992 now has 450PS (around 444hp), up by 30PS from the previous generation. That power comes from a turbocharged flat-six engine, which has seen improvements to its injection process and a new layout for the turbochargers and charge air cooling system for greater performance. 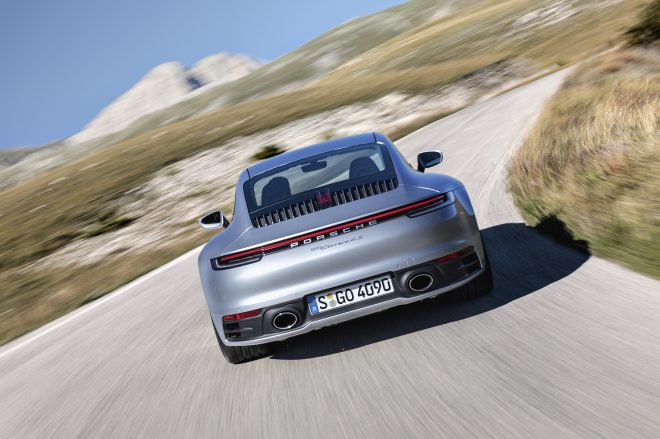 Power from the new 911’s engine is mated to a newly-developed eight-speed dual clutch transmission, which means both the new 911 Carrera S and Carrera 4S now complete the 0-100km/h sprint in under four seconds, beating the previous generation by 0.4 seconds. 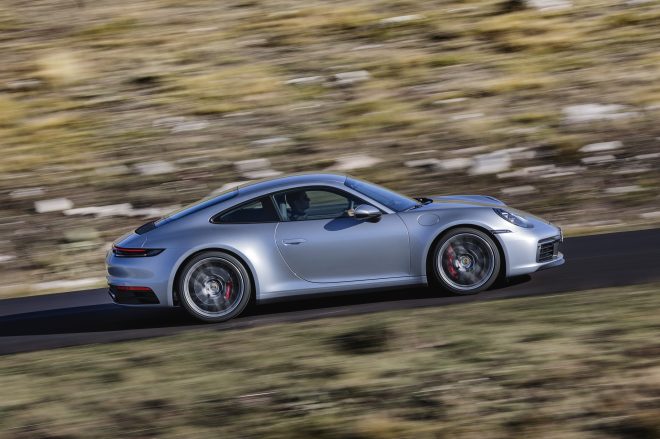 The new Porsche 911 dispatches the century sprint in under four seconds, 0.4 seconds quicker than the previous generation

On the outside, electric folding mirrors, a reversing camera and Porsche’s convenience pack – Porsche Entry & Drive – will come standard on Singapore versions.

Electric pop-out door handles make for a cleaner look, and new LED headlights meet a bonnet with a pronounced recess, which Porsche says harks back to the design of early generations of 911. All that coalesces into a front which has been widened by 45mm.

Above the rear wheels sits the wider, variable-position rear spoiler and with keeping in the fashion of the times, is underlined by a full-length light bar. 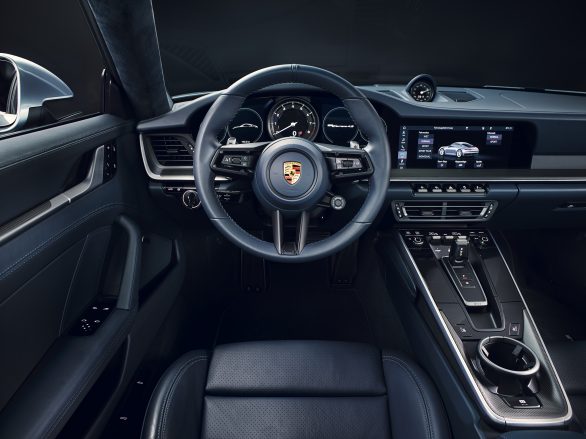 The central speedometer is flanked by two digital information screens, with a 10.9 inch infotainment screen dominating the centre stack.

To keep drivers safe after a heavy deluge, rather than spearing off into the treeline, Porsche has developed and included a “Wet” mode in the new 911.

The function detects water on the road and builds a protective cocoon around the driver, preconditioning the control systems and warning the driver, who can activate the mode via a button on the dash.

The warning and brake assist system is fitted as standard on the new Porsche 911 and initiates emergency braking if it senses an impending collision with a moving object.

Pricing, fuel consumption and VES band in Singapore will be announced at a later date upon the car’s local certification.