The Bentley Flying Spur debuted in 2005 and since then, it’s seen two generations, with the second generation launching in 2013.

Considering the growing competition of the Mercedes-Benz S-Class and improved BMW 7 Series, the Flying Spur is getting a little long in the tooth.

However, those who are looking forward to a new Flying Spur are in for a treat: the third-generation Flying Spur is coming this year.

It will be based on the same platform that the new Continental GT is based upon.

Ahead of the new Flying Spur’s debut, Bentley has teased it with a new ‘Winged B’ hood ornament: 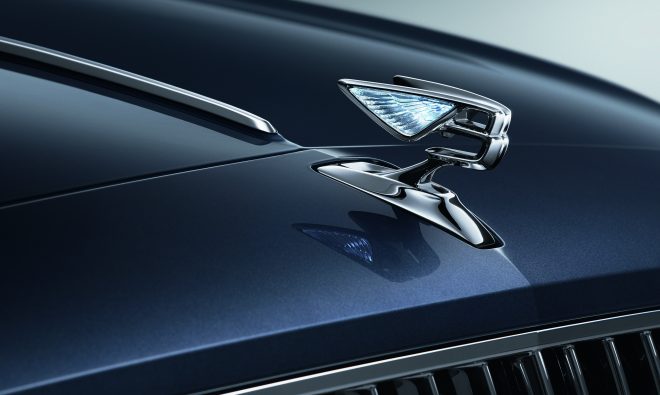 This will be the first time the Flying Spur is getting a new hood ornament, and indeed the first modern Bentley to get one.

The new winged B has been modernised and updated for the latest Flying Spur, with sharper ‘wings’ and a more stylised B.

This is in comparison to the previous winged B on Bentleys: 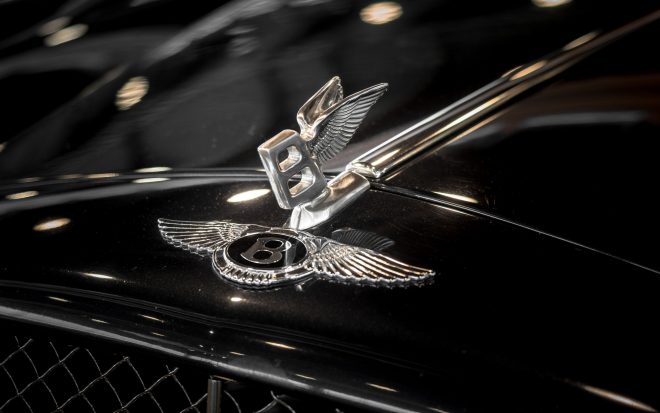 The new winged B has a crystallised insert, which looks to be illuminated.

In a first, the winged B will be electronically retractable to prevent those thieves who love plucking the hood ornaments off Mercedes-Benzes from taking your Bentley’s newest ornament.

This is similar to how Rolls-Royce does their Spirit of Ecstasy, which are all retractable.

Bentley has also released the silhouette of the new Flying Spur, which looks to be longer than the current generation of Flying Spur:

The rear raked C-pillar looks very much like the Bentley Mulsanne’s, as does the glasshouse.

The new Flying Spur will retain its all-wheel-drive layout and have an upgraded twin-turbo V8 engine as standard.

The W12 will remain the higher-end engine.

If your title begins with Lord or Sheikh, you might find the new registration website for the new Flying Spur very much to your liking.