Honda e EV to get side cameras instead of mirrors for production | Torque
Loading posts...
0 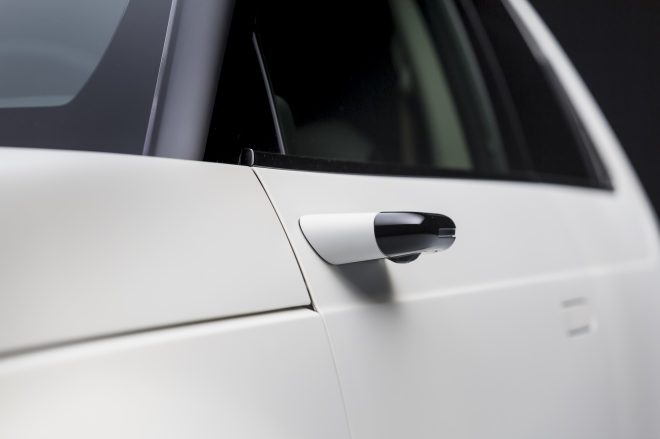 The new Honda e urban electric vehicle will come with cameras instead of wing mirrors as standard.

Honda has confirmed that its upcoming Honda e urban electric vehicle will come with cameras instead of wing mirrors.

Honda’s Side Camera Mirror System seen on the prototype version of the new Honda e urban electric vehicle will be standard when the car enters production, the company said.

Honda added the technology, a first in the compact segment, brings significant benefits for styling, safety, aerodynamics and refinement.

It’s a technology we’ve seen before, most notably on the Lexus ES. That feature is albeit Japan-only.

On the Honda e, the Side Camera Mirror System replaces conventional side view mirrors with compact cameras providing live images to two six-inch screens inside the vehicle.

These screens are integrated at either end of the dashboard and are positioned to ensure a “natural feel and vision” for the driver.

A close-up of the new cameras on the Honda e.

Putting cameras on the Honda e helps the car retain a “modern, clean and simple design”, Honda said, and complements the stepless A-pillars and flush door handles also confirmed for the production version of the Honda e.

To further aid aerodynamics and aesthetics, the cameras are contained within the width of the car and do not extend beyond the wheel arches.

That results in a reduction in aerodynamic drag by around 90 percent compared to conventional door mirrors, benefitting the car’s efficiency and range.

Furthermore, wind noise normally generated by wing mirrors will be reduced with the camera system. 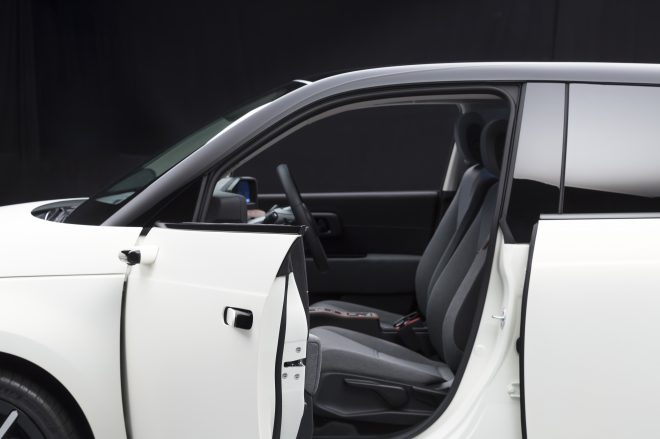 The camera unit housings are also shaped to prevent water drops on the lens.

The lens surface also has a water-repellent coating to deter any other residual water build up.

As a result, safety is improved on the Honda e.

The driver can choose between ‘normal’ and ‘wide’ views, the latter extending the field of vision further than with conventional side mirrors.

Further benefits can be realised when reversing, as Honda has put guidelines on the side view screens in addition to an enhanced camera angle.

The Honda e forms part of the brand’s strategy to feature electrified technology in all cars it sells in Europe by 2025.

According to the company, it will feature a competitive range of over 200km and fast charging gets you 80 percent range in just 30 minutes.

The production version of the car will be unveiled later this year.