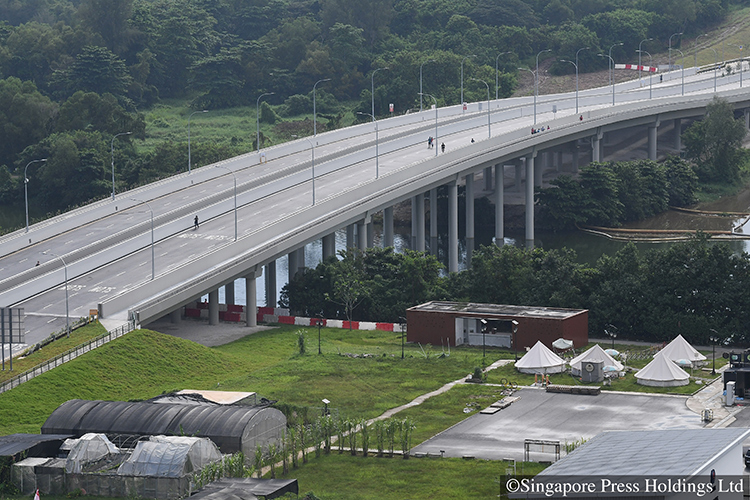 Residents living in Pasir Ris and Punggol will be able to travel more easily between the two towns when a new road opens to traffic next month.

The road, which will open at 3pm on Nov 17, 2019 will provide motorists with an additional route between the two towns and help to ease traffic flow on the Tampines Expressway (TPE), the Land Transport Authority (LTA) said in a statement yesterday (Oct 31).

It is part of the expansion of the interchange between the Kallang-Paya Lebar Expressway (KPE) and the TPE.

To facilitate the completion of the interchange expansion, the existing slip road from the KPE (towards the TPE) to the TPE (towards the SLE) will be decommissioned at 5am on Nov 9.

After 5am, motorists will need to exit earlier at Exit 9C and use a new slip road to the TPE (towards the SLE). Radio messages to alert motorists of the changes to the road network will be broadcast on LTA Traffic News.

Traffic signs will also be put up in the vicinity, closer to the dates when the link road and slip road will be opened and relocated.

Residents will have more direct links to and from the KPE and TPE when the expanded interchange is completed by June 2021, LTA said. There will also be better traffic flow on the TPE, between Punggol Way and the KPE, and at access points into Punggol Town.

“(The expanded interchange) will also meet future traffic demands from developments in the area,” it added.

How does Traffic Jam Assist work?

Fiat 500 3+1 makes its world premiere in Turin
This site uses cookies to help us serve you better. By continuing to explore our site, you accept our use of cookies.I Accept