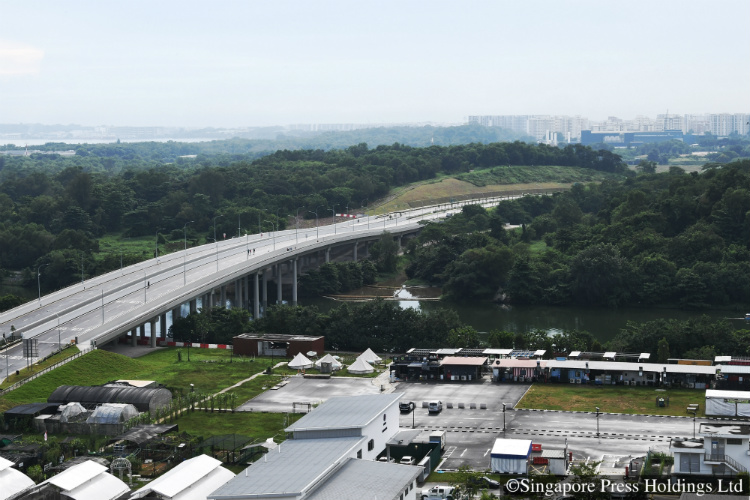 The new road connecting Punggol Central to the Kallang-Paya Lebar Expressway and the Tampines Expressway had originally been slated to open in the third quarter of next year.

A new extension to the existing Punggol Central road was launched yesterday and will take motorists to Halus Link, which connects to the KPE (towards East Coast Parkway) and the TPE (towards Changi).

The new extended stretch of Punggol Central, from Punggol East to Halus Link, is about 1km long.

The works are part of a $185 million expansion of the KPE-TPE intersection aimed at easing traffic congestion on the TPE as well as the network of roads that leads out of the north-east town.

The Straits Times reported earlier this month that the Punggol Central road extension would open well ahead of schedule, thanks to technologies such as virtual modelling and precast construction.

It was originally slated to open in the third quarter of next year. These technologies will also be used for the remaining phases of the project.

Madam Wendy Tock, 53, a resident of Punggol Central, said traffic in the estate was very bad. 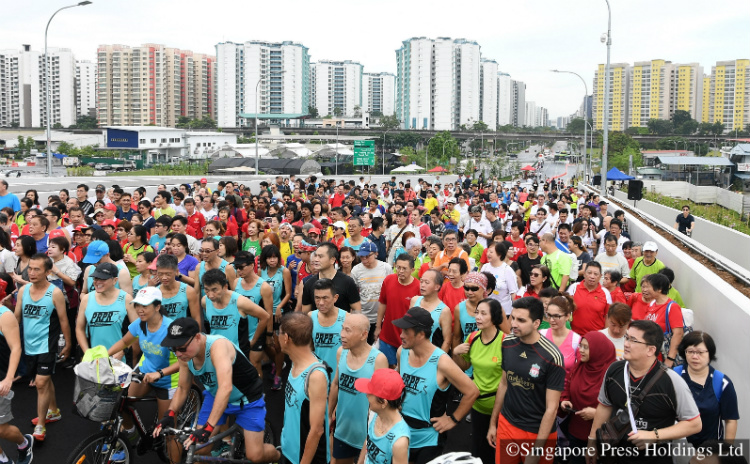 Some 400 residents were at the road opening yesterday. The new extension to the existing Punggol Central road was welcomed by Punggol residents who faced congestion every day during peak periods.

“With the new homes springing up around the area, it’s very crowded. You have to leave home by 6.45am on weekdays, if not, you’ll have to queue for an hour just on Punggol Drive, which is about 1km long,” said the retiree.

The new route was welcomed by Punggol residents such as Mr Liu Bo, 36, a manager in the electronics industry who drives to and from his workplace in Pasir Ris using the TPE.

“Sometimes, it can take over an hour just to get to the expressway,” said Mr Liu, adding that this takes around 15 minutes without jams.

“I hope driving to work can be more convenient now,” he said.

By the second quarter of next year, motorists travelling eastwards along the TPE will be able to get onto the Punggol Central road when Halus Link is open to traffic in that direction as well.

Joining some 400 residents at the road opening yesterday were the MPs for Pasir Ris-Punggol GRC, including Deputy Prime Minister Teo Chee Hean.