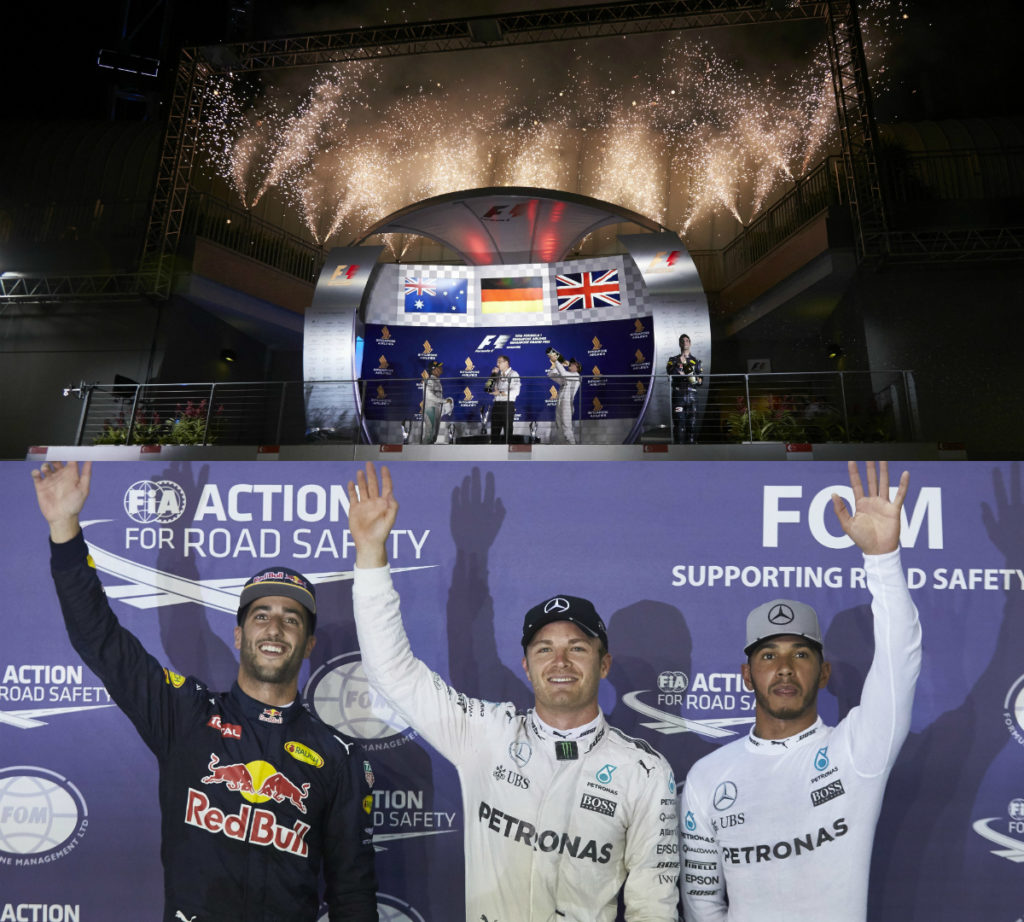 Nico Rosberg took his 22nd career victory at the Marina Bay Street Circuit and eighth of the 2016 season so far on his 200th Grand Prix start. It was also Rosberg’s third victory in a row after the Belgian and Italian Grands Prix.

His teammate, Lewis Hamilton, produced a battling drive to claim third position, his 50th podium finish since joining the Silver Arrows in 2013. Rosberg leads the Drivers’ Championship with 273 points, eight points ahead of Hamilton. The Mercedes AMG Petronas team with 538 points is 222 points ahead of Red Bull in the Constructors’ Championship.

Nico Rosberg said after the race: “That was a fantastic weekend! In the past, the Singapore track has not treated me so well, so this win is a very special one and an even more emotional one for me. The weekend started perfectly with a good qualifying session. Then, I had a good start and was able to keep the Red Bulls and the Ferraris behind me, both of which had beaten us comfortably last year.

“It was a bit tight at the end after Daniel [Ricciardo] did a clever pit stop, timing wise. If I would have also pitted, I would have come out behind him because I was stuck in traffic on my in-lap, so we chose the best strategy to stay out and a big thanks to the team for that. It’s great that we learned from our mistakes last year and won at what is clearly a Red Bull track. This shows the competence and strength of our engineering group. I look forward to Malaysia now, but first I will definitely celebrate this win tonight!”

Daniel Ricciardo picked up another podium finish this season for Red Bull Racing as he maintained his qualifying pace in the race to split the two Mercedes racecars at the Singapore Grand Prix.

He said after the race: “It was close today. We did everything we could and I thought it was pretty much a perfect race. The only thing that would have been better was to get Nico at the start. Then throughout the race, I wasn’t really thinking about what happens when I catch him, I was just focusing on trying to catch him and put some pressure on. I knew his engineer had been on his radio saying: ‘Ricciardo is catching you two seconds a lap.’ It’s not a nice feeling to hear that, so I was just trying to keep on pushing and keep the crowd entertained. I pushed so much at the end with that supersoft and really tried to do something, but it wasn’t close enough.

“I don’t really leave here with any regrets. Obviously we came here to win and we didn’t, but I felt we left it all on the track.” 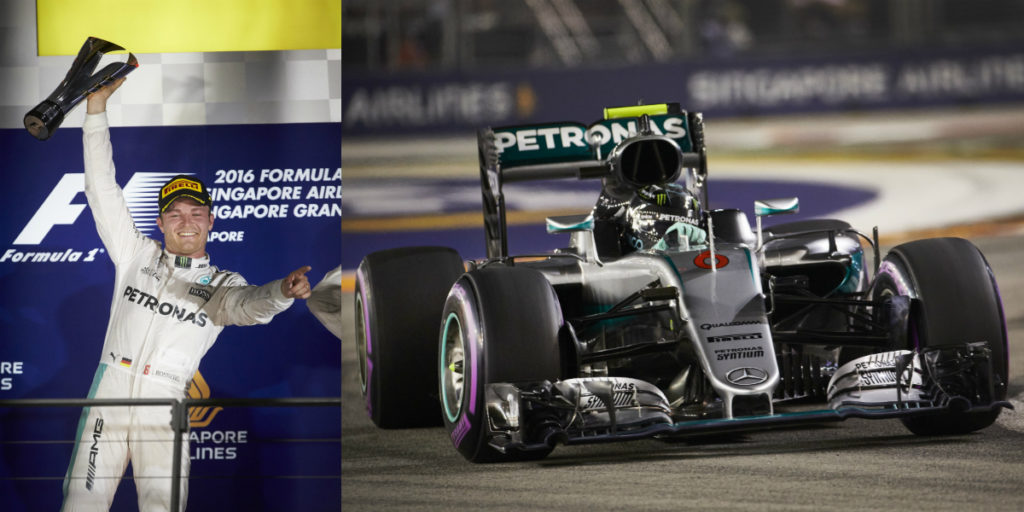