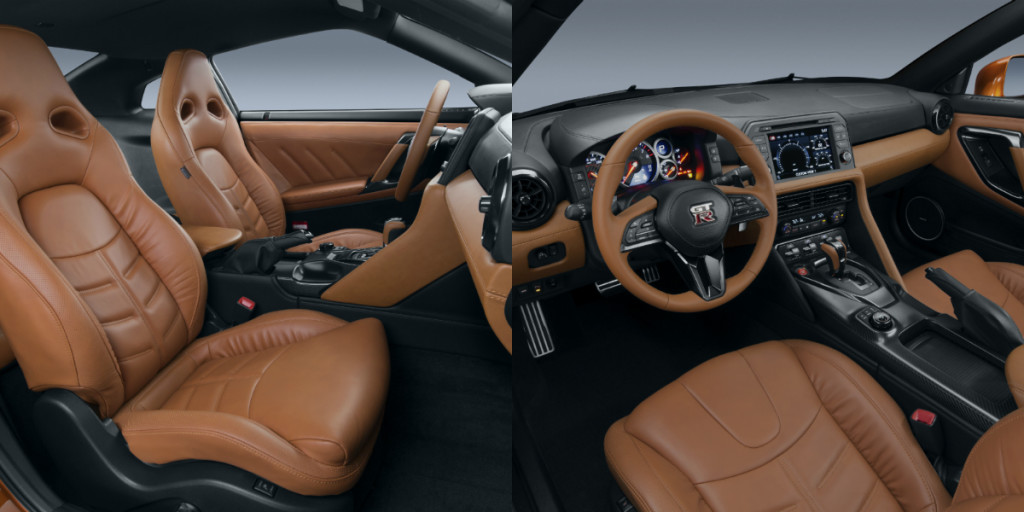 This is the newly renovated office of Nissan’s Godzilla-san.

Nissan has unveiled the hot new 2017 GT-R, highlighted by a fresh look inside and out, as well as major driving performance enhancements and key new features. This is claimed to be the most significant change to Nissan’s flagship sports car since it was introduced in 2007.

The 2017 GT-R’s exterior has received a thorough makeover. The new “V-motion” grille, one of Nissan’s latest design signatures, has been slightly enlarged to provide better engine cooling and now features a matte chrome finish and an updated mesh pattern. The new bonnet, featuring pronounced character lines flowing flawlessly from the grille, has been reinforced to enhance stability during high-speed driving. A freshly designed front spoiler lip and front bumpers with finishers situated immediately below the headlamps give the new GT-R the look of a pure-bred racecar, while generating high levels of front downforce.

The GT-R’s familiar wind-cutting shape defines its profile, but the side sills have been pushed out to direct airflow around the vehicle. Styling and aerodynamic enhancements continue in the rear, where GT-R’s hallmark four-ring tail-lights are paired with revised rear bodywork, along with functional side air vents next to the quad exhaust tips. The beltline between the lower black section and the body panel has been heightened to make the car look wider and even more aggressive from the rear.

These exterior changes result in a sportier and sharper-looking coupe, as well as an aerodynamically efficient one with more stability at high speeds, while keeping a 0.26 drag coefficient.

In the cabin is a redesigned, premium interior befitting a high-performance sports car. The entire dashboard is new, including an instrument panel wrapped in a single, seamless piece of hand-selected Nappa leather artfully stitched with Takumi-style precision.

The shape of the dashboard adopts a “horizontal flow” to deliver a sense of high stability for front seat occupants, while the line from the instrument cluster to the centre console provides a distinct driver-oriented environment. The cushion layer of the instrument panel leather has been updated with a new, thinner material to reduce weight, and the front seats themselves are also lighter, thanks to a new side-support construction method that provides greater comfort and support on long drives.

The centre console’s layout has been improved and simplified. Integrated navigation and audio controls reduce the number of switches from 27 in the previous car to just 11 in the 2017 model. An 8-inch capacitive touch-panel monitor replaces the 7-inch one and now features large icons on the display screen, while a new Display Command control on the carbon fibre centre console also allows easy operation.

The shift paddles are now mounted to the new steering wheel, allowing drivers to change gears in mid-turn without having to take their hands off the wheel. The paddles, paired with re-engineered ventilator controls, feature improved feel and sound when engaged or adjusted.

The GT-R’s award-winning 3.8-liter V6 24-valve twin-turbocharged engine, each unit handcrafted by its own Takumi technician, now delivers 565bhp at 6800rpm and 637Nm of torque, representing an increase of 15bhp and 5Nm respectively from the outgoing GT-R. The increases, which are the result of individual ignition-timing control of the cylinders and extra boost from the turbochargers, allow the new GT-R to possess superior acceleration in the mid- to high-ranges (3200rpm and above).

The stronger output is mated to a thoroughly refined 6-speed dual-clutch transmission that features smoother shifts and less noise. And the aggressive GT-R engine sound has never sounded better – the resonance of the new lightweight titanium exhaust system and Active Sound Enhancement (ASE) enhance the driving experience, especially during acceleration.

The GT-R has always been regarded as one of the world’s best-handling machines and for 2017 its cornering abilities have become even better. A more rigid body structure and new suspension allow the GT-R’s tyres, wrapped around new 20-inch 15-spoke forged aluminum wheels, to hold the road surface better, giving it better stability through quick lateral transitions and higher overall cornering speed.

Along with all the performance enhancements, the 2017 GT-R is the most comfortable one to date, with a new sense of elegance and civility said to be rare in such a high-performance vehicle. The new GT-R exhibits a smoother ride quality than the outgoing model, and its cabin remains much quieter at all speeds thanks to Active Noise Cancellation technology and new sound absorption materials, including an acoustic glass windshield.

Also new for the 2017 GT-R are fresh colours inside and out that complement the car’s sophisticated character. A “Blaze Metallic” orange colour (pictured), applied with a special four-stage process, has been added to the exterior paint palette. The interior of the Premium Edition, featuring semi-aniline leather, offers three different options: the newly added Rakuda Tan, as well as Amber Red and Ivory. 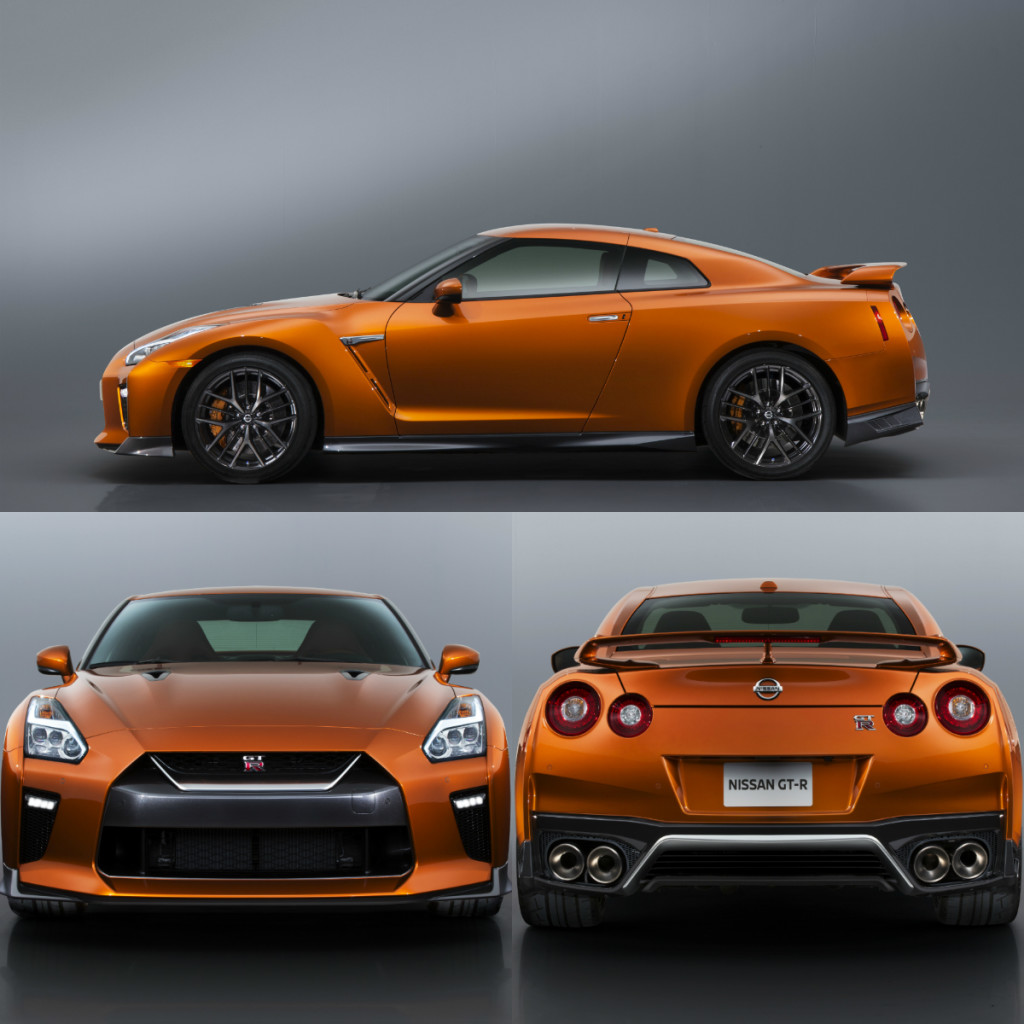