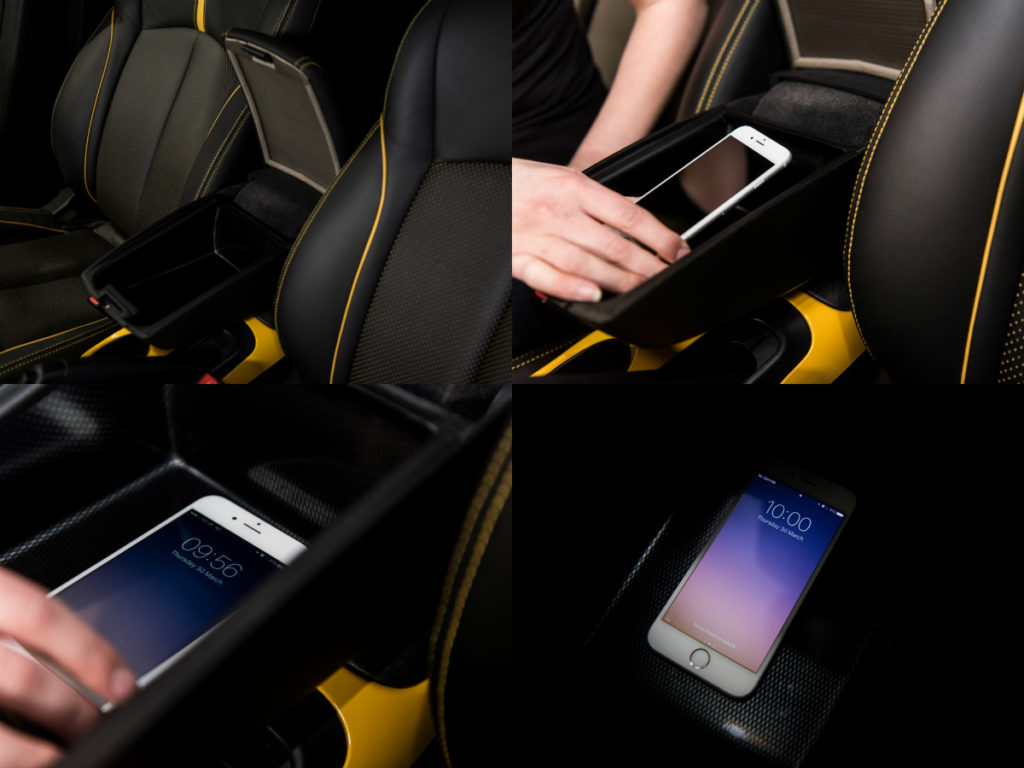 The beauty of the design is its simplicity. The Nissan Signal Shield is a prototype compartment within the armrest of a Nissan Juke that is lined with a Faraday cage, an invention dating back to the 1830s.

Once a mobile device is placed in the compartment and the lid closed, the Nissan Signal Shield creates a “silent zone”, blocking all of the phone’s incoming and outgoing cellular, Bluetooth and Wi-Fi connections.

The concept is designed to give drivers a choice about whether to eliminate the distractions caused by the millions of text messages, social media notifications and app alerts that are “pushed” to smartphones each day.

It’s a growing problem – the number of drivers admitting to handling their phone in the car has increased from 8% in 2014 to 31% in 2016, according to the RAC. Smartphone users are becoming habitually more tempted to check text messages and notifications as they appear on their phone’s screen, even if they are driving. Nissan’s own research found almost one in five drivers (18%) admitted to having texted behind the wheel.

The Nissan Signal Shield concept provides optional connectivity, giving drivers the choice between being able to contact and be contacted from the road, or creating a “phone-free” space and time. It means a digital detox and a drive that’s free of incoming distractions.

If drivers want to listen to music or podcasts stored on their smartphone, they can still connect to the car’s entertainment system via the USB or auxiliary ports. The device will maintain wired connectivity even when in the Nissan Signal Shield compartment.

To restore the phone’s wireless connections, drivers just need to open the armrest to reveal the compartment – which can be done without taking eyes off the road or touching the phone itself – and the phone can reconnect with the mobile network and the car’s Bluetooth system.

The innovation works on the principle of the Faraday cage, an enclosure made of a conductive material, such as wire mesh, which blocks electromagnetic fields. It is named after the pioneering English scientist Michael Faraday, who invented it in the 1830s.

When an electronic device, like a smartphone, is placed inside, any incoming electromagnetic signals – such as cellular or Bluetooth data – are distributed across the cage’s external conducting material and so prevented from reaching the device.

Why using a smartphone while driving isn’t a smart thing to do.

What constitutes handphone driving in Singapore, according to the Traffic Police.