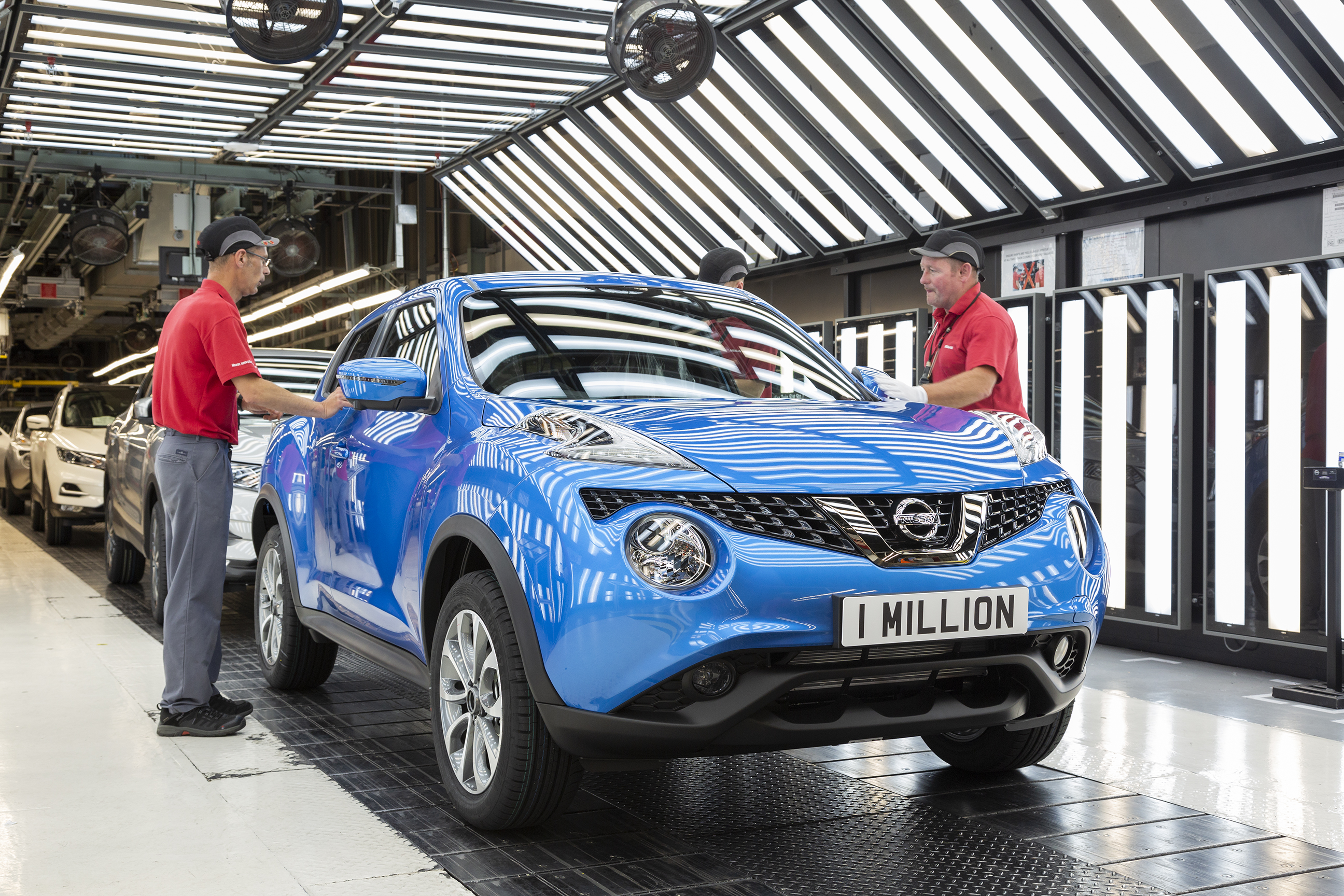 The compact crossover is the fourth Sunderland-built model to hit one million units and took eight years to reach the production milestone.

Well-known for its distinctively sporty styling, the 2018 Juke comes with a host of interior and exterior personalisation choices. Thanks to all the options and possible personalisation combinations, more than 23,000 different versions of the latest Juke are available for customers across Europe.

Juke was the second crossover to be built at the plant, following the pioneering Qashqai, which went into production in 2006 and began Nissan’s leadership of the crossover market. More than three million Qashqais have now been built in Sunderland, following Micra/March (2.4 million) and Primera (1.5 million) as models to have hit seven figures at the plant.

Mazda has made one million MX-5s

The one million figure includes the premium sports version, Juke Nismo, which went into production at the Sunderland plant in 2012. Sales statistics show that black is the most popular exterior colour for Juke customers across Europe, and is also the number one choice for personalised interiors and exteriors.

Three new 16-inch and 18-inch alloy wheel designs have been added to the Juke range, also from the Acenta grade. For customers looking to add a dash of design flair to their Juke, the wheels on the Tekna grade can be personalised with coloured inserts.

The interior has complementary personalisation options, in Energy Orange and Power Blue, as well as black faux-leather seats, armrest and meter hood with coloured double-stitching. The Juke is also available with a Bose Personal sound system, which delivers a high-quality and immersive 360º listening experience through speakers built into the driver’s headrest. The compact crossover also features innovative technology including Nissan’s Intelligent Around View Monitor with Moving Object Detection, Lane Departure Warning and Blind Spot Warning.