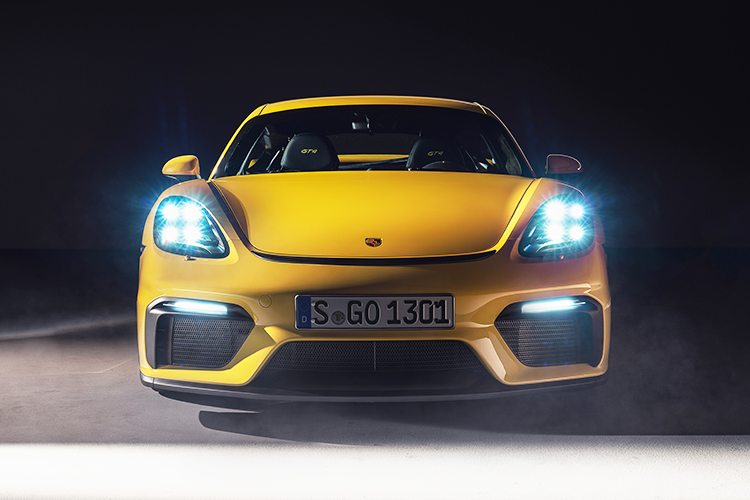 Porsche 718 Cayman GT4 and the unique design of its front end.

Hands up, if you’ve been bemoaning the lack of six cylinders in the Porsche 718 Cayman and 718 Boxster models.

Enthusiasts have been unhappy since the German carmaker downsized and swopped the naturally aspirated flat-6 motors for turbocharged flat-4s.

Previously, the Cayman and Boxster had 2.7-litre and 3.4-litre flat-6 engines. When the models were updated, they gained the “718” designation and lost two cylinders apiece.

Well, you can stop weeping now that the Porsche 718 Cayman GT4 and 718 Spyder have been introduced. 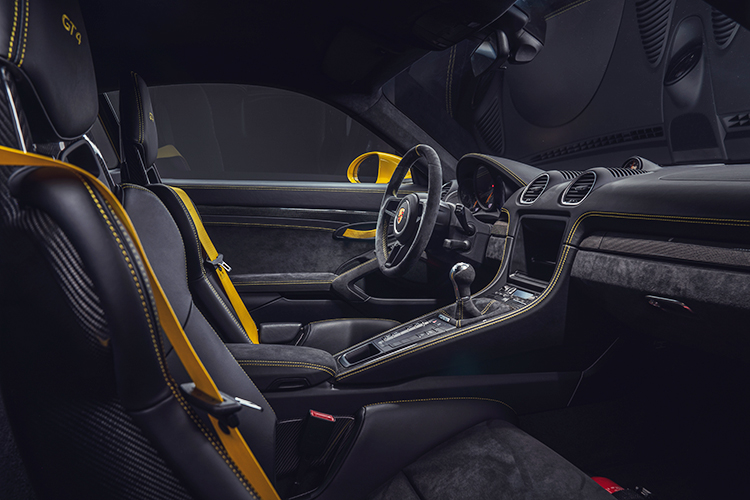 Yes, it seems like Porsche has finally given in to keen drivers (with deep pockets).

Both the Porsche 718 Cayman GT4 and 718 Spyder are powered by naturally aspirated 4-litre flat-6 engines, with 6-speed manual transmissions as standard.

While this engine sounds like it is the same one used in the 911 GT3 and 911 GT3 RS models, it actually isn’t (we mistakenly thought so).

According to a Porsche spokesperson, the 420hp 4-litre flat-6 is a new generation engine. It is not based on the 911 GT3’s. Porsche says that both cars’ exhausts systems are entirely new. We’re assuming that said systems are designed to enhance the soundtrack of the wailing flat-6s. 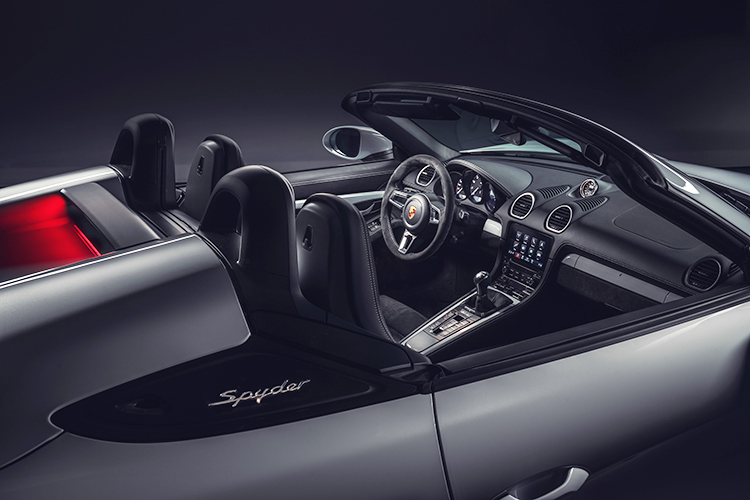 WHAT OTHER SPECIAL GOODIES DO THESE MODELS HAVE?

Both the 718 Cayman GT4 and 718 Spyder get the 911 GT3’s front axles and brakes. Their rear axles are specific designs.

Porsche Active Suspension Management (PASM) with adaptive dampers is standard on both cars. The anti-roll bars, camber, toe and ride height can be manually adjusted, too.

Oh, and both cars also sit 30mm lower to the ground compared to the “regular” 718 Cayman and 718 Boxster models.

And unlike the 718 Boxster, the 718 Spyder’s soft-top is manually operated. 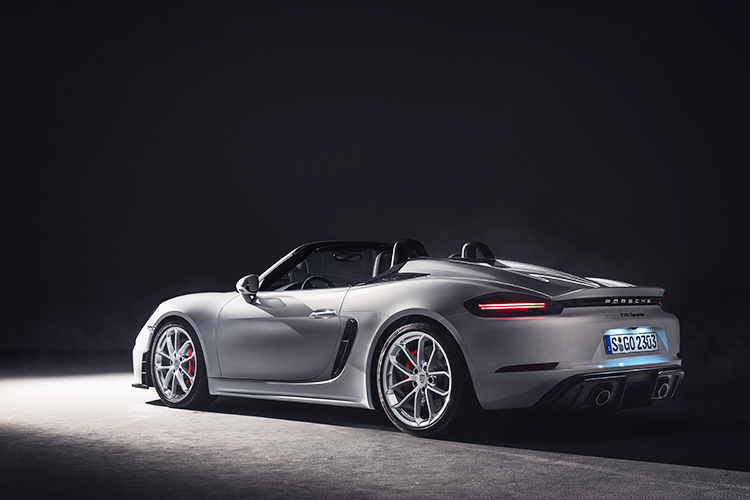 HOW MUCH DO THEY COST?

Porsche Singapore hasn’t announced any prices yet, but info on the models can be found on their website. Expect both cars to command hefty premiums.

We might be wrong, but our guess is that the 718 Cayman GT4 and 718 Spyder will be the “last hurrah” for this generation of 718 Caymans and Boxsters.

All-new Cayman and Boxster models will probably be launched in two to three years’ time.