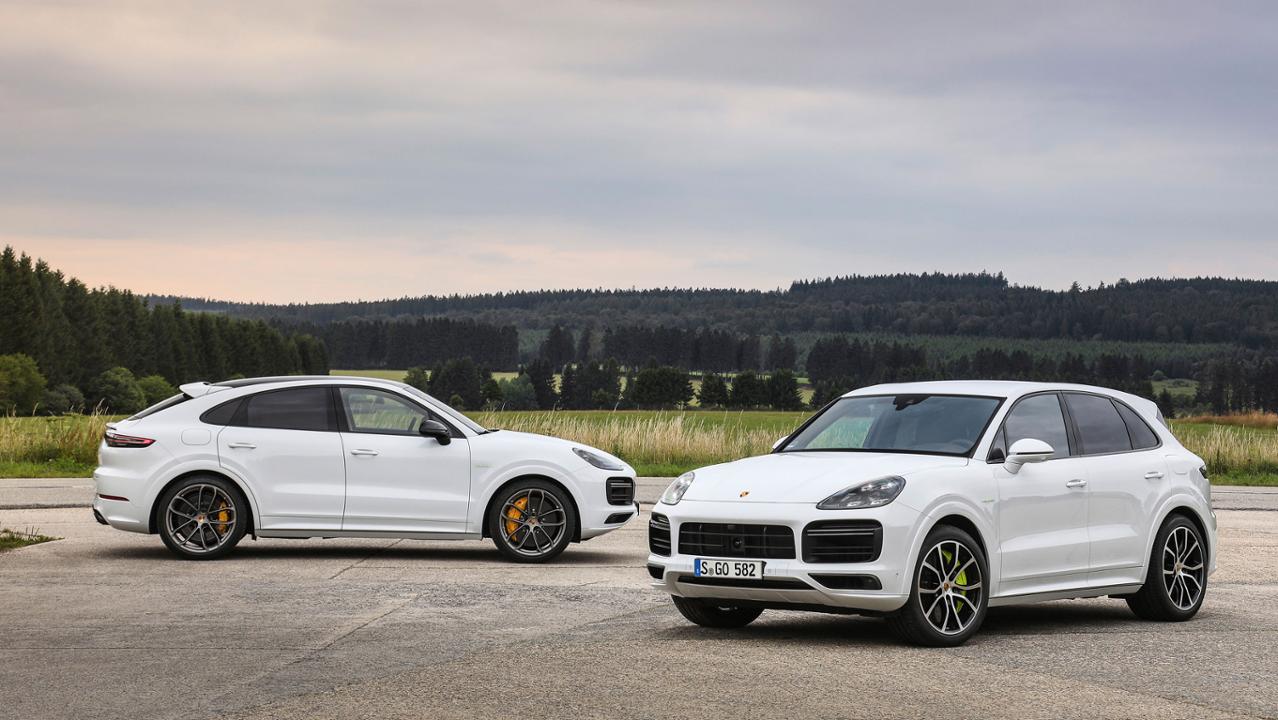 Both the Porsche Turbo S E-Hybrid SUV and Coupe can travel up to 40km on electric power alone.

It’s now Porsche’s most powerful Cayenne ever, clocking in with 671hp and a planet-spinning 900Nm of torque.

That’s about 129hp more than the mighty Cayenne Turbo, which has a now-piffling 542hp.

The hybrid system, which Porsche says is derived from the 918 Spyder hybrid sports car, is offered across the Cayenne’s standard SUV and Coupe body styles.

All that power is down to the pairing of an additional electric motor to the “standard” Cayenne Turbo’s 4-litre V8 unit.

The electric motor is key: it develops 134hp and is located between the V8 and eight-speed Tiptronic S transmission. 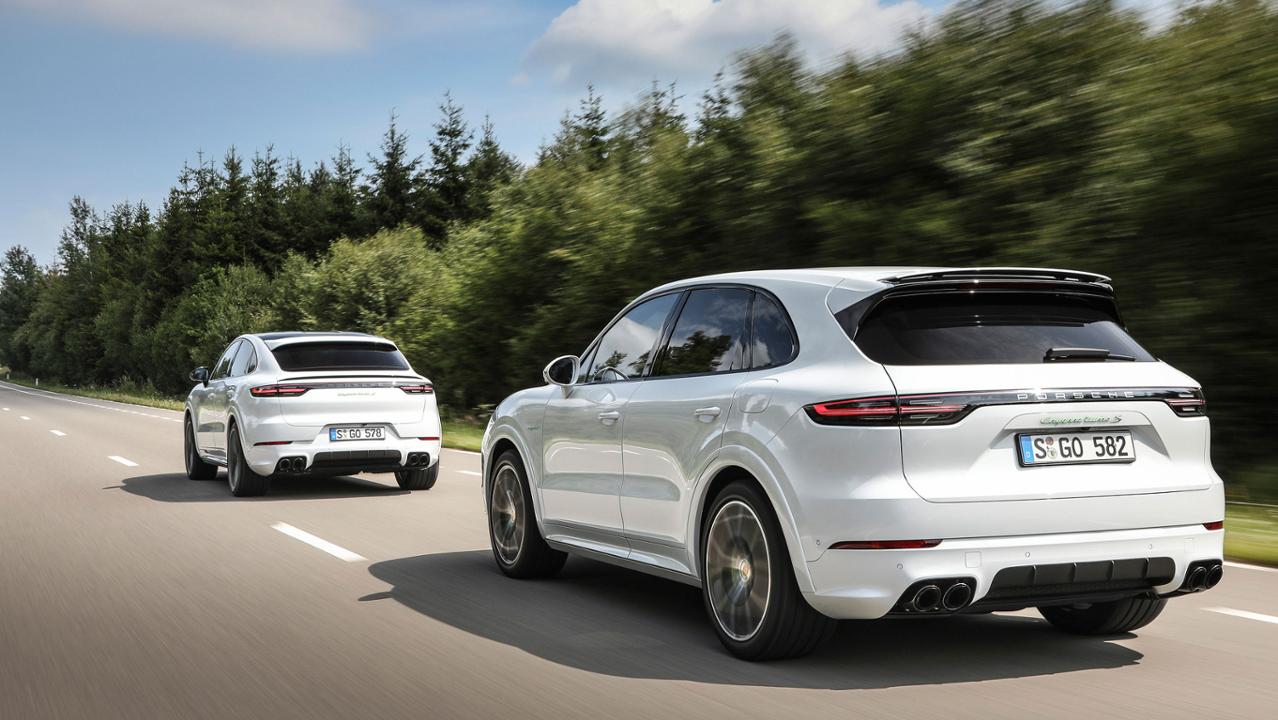 The Cayenne Turbo S E-Hybrid comes in SUV and Coupe bodystyles, just like the doctor ordered.

The two motors are interconnected via a separating clutch inside the hybrid module, called the Electric Clutch Actuator (ECA).

In E-Power driving mode, the electric motor is the sole propulsion force and can drive the vehicle up to a maximum speed of 135 km/h.

It can also be used in the other modes for an additional power boost.

These modes can be selected via the standard Sport Chrono Package (Hybrid Auto, Sport and Sport Plus). 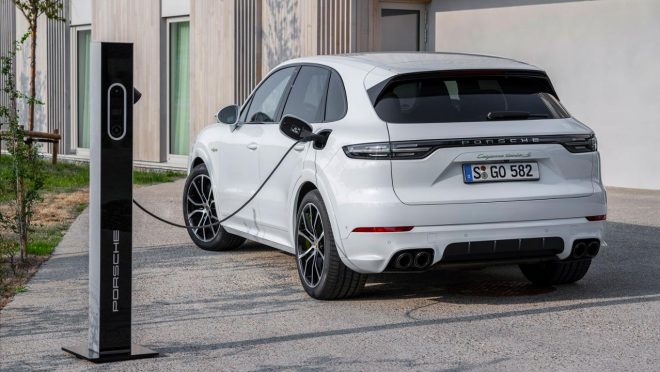 The 14.1kWh lithium-ion battery is installed underneath the boot floor.

The 14.1kWh lithium-ion battery is installed underneath the boot floor and can be fully charged within 2.4 hours with the standard 7.2kW onboard AC charger with a 400-volt connection with a 16-amp fuse.

That time rises to six hours with a conventional domestic 230V, 10-amp socket.

All that power makes a featherweight of the hefty 2490kg SUV. 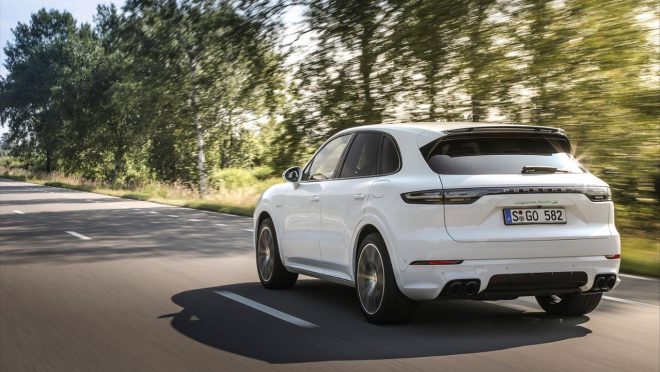 All Cayenne models get LED headlights, cruise control system with speed limiter, camera-based pedestrian protection and Park Assist at the front and rear – including a rear-view camera system in the Cayenne Coupé. 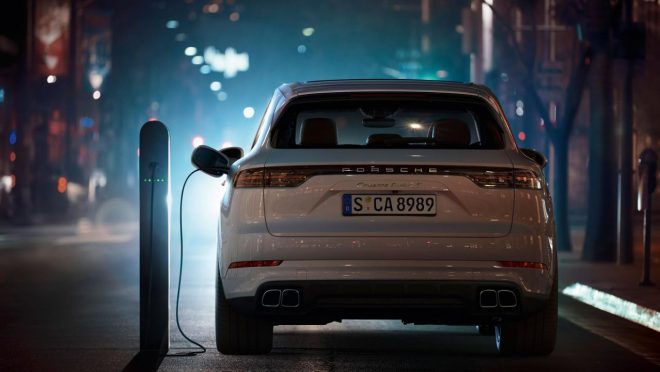 Porsche is now essentially giving you any powertrain you desire – all you have to do is pick either SUV or Coupe bodystyles.

Like the SUV, the Coupe is now available in two different hybrid versions: one with the 4-litre V8 biturbo engine and another with a 3-litre V6 turbo motor.

All four Cayenne models are now on Porsche Singapore’s website if you want a look, but pricing and availability have yet to be announced.

New MINI Countryman now in Singapore
This site uses cookies to help us serve you better. By continuing to explore our site, you accept our use of cookies.I Accept