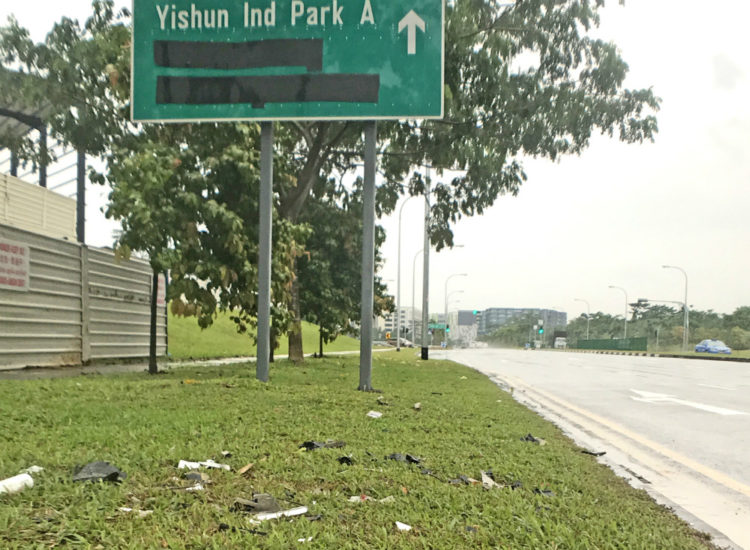 Glass shards and debris strewn on the grass following the accident.

The car passenger was trapped inside the vehicle and had to be freed by Singapore Civil Defence Force officers.

The bus involved in the accident belongs to AZ Bus.

Ms Cynthia Yeo, an operations executive at AZ Bus, told ST that there were no passengers on the bus at that time, and the driver was not injured.

The police told ST that they were alerted to the accident at 5.58am on Friday.

“The male car driver and his female passenger were both taken unconscious to Khoo Teck Puat Hospital,” he said.

The driver later died in hospital.

SCDF said it rescued a woman who was trapped in the front passenger seat using hydraulic tools.

It dispatched a fire engine, two Red Rhinos and two ambulances after receiving a call at 6.10am.