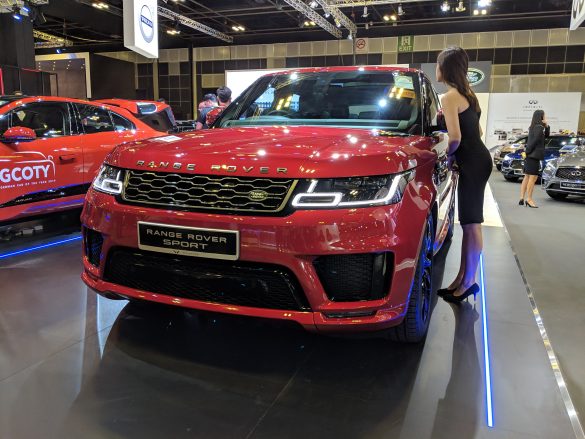 The front of the new Range Rover Sport P400e PHEV

The new Range Rover Sport P400e plug-in hybrid electric vehicle, or PHEV, is the first in the British marque’s range to offer some form of electrification.

Currently showcased at the Singapore Motorshow 2019, the car was unveiled with the new Jaguar I-Pace and the new Range Rover Evoque. 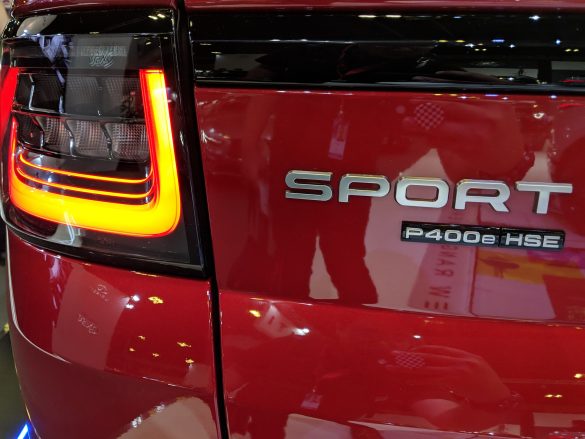 The rear of the Range Rover P400e PHEV.

Electrification of one of Land Rover’s models marks the brand’s push to have a fully electrified model range from 2020.

That power goes through a permanent four-wheel drive system to propel the Range Rover Sport P400e to 100km/h in 6.7 seconds and on to a 220km/h top speed. 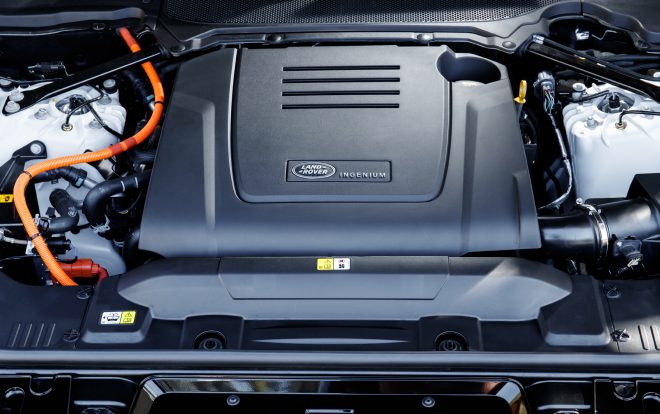 In its default drive setting, the Range Rover P400e combines the petrol and electric motor during normal driving.

One cool feature is the selectable Predictive Energy Optimisation (PEO) mode, where the car uses data from its onboard GPS to determine the best combination of the petrol engine and electric motor to use. 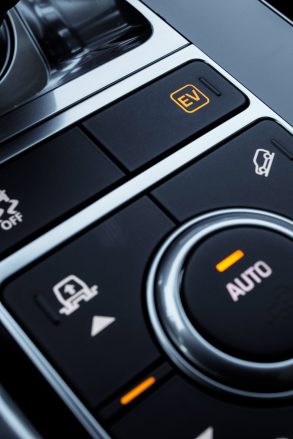 All this wizardry means the electric Rangey puts out a claimed 229g/km of CO2 and fuel economy of up to 20km/litre on the combined cycle, making it the “most fuel-efficient” Land Rover. 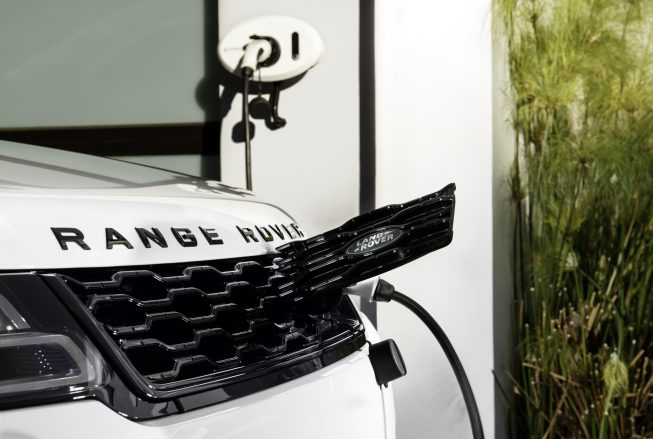 If you’ve depleted the 13.1kWh battery pack underneath the boot floor, the onboard 7kW, 10 amp charger can fully juice up the car in 7.5 hours at home.

With a dedicated 32-amp wall box, the P400e can be fully charged in as quickly as 2 hours 45 minutes.

What else is new

The exterior has been given a mild refresh with the new intelligent Matrix LED headlights sitting astride a redesigned grille. 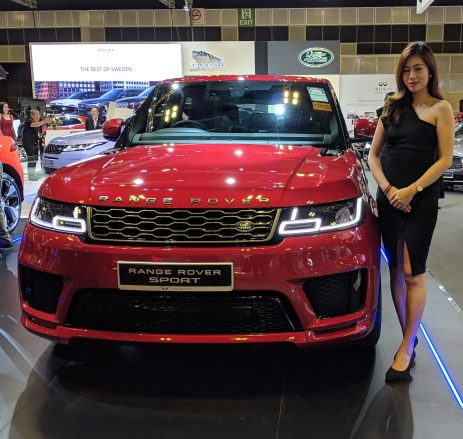 Inside, two 10-inch screens form the new Touch Pro Duo infotainment system, and gesture control means the sunblind can be opened and closed with a flick of your hand. 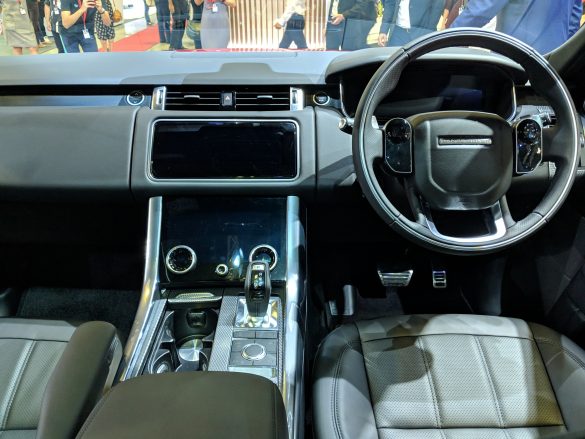 The availability of Land Rover’s Activity Key wristband on the Range Rover P400e now means you can leave your key inside the car if you are outdoors.