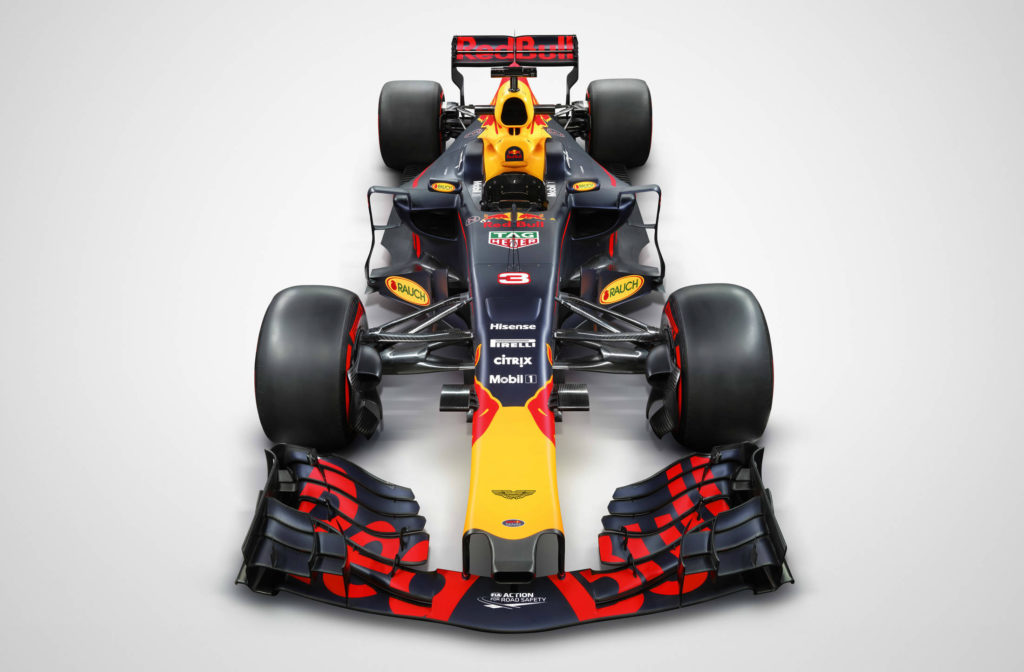 Red Bull Racing has launched its new 2017 contender ahead of the new F1 season – the sleek and powerful RB13.

The new engineering regulations mean that the engineers have been hard at work to ensure the car gives the team a chance to eclipse Mercedes this upcoming season after finishing second in the constructors’ championship last time out.

Team principal Christian Horner revealed earlier in the week: “We are like a swan on the surface and paddling furiously underneath, but that is the same as every pre-season, so generally we are on target.”

Meanwhile, chief engineering officer Rob Marshall said: “The car is expected to be between three and five seconds a lap faster, and most of that gain will come through cornering speeds where the increased downforce on the car will mean the car will go around the corners quicker.”

Australian driver Daniel Ricciardo, third in the 2016 F1 drivers’ championship, said: “The car is going to feel a lot different. Both front and rear tyres are significantly wider. It will increase the speed of the cars.”