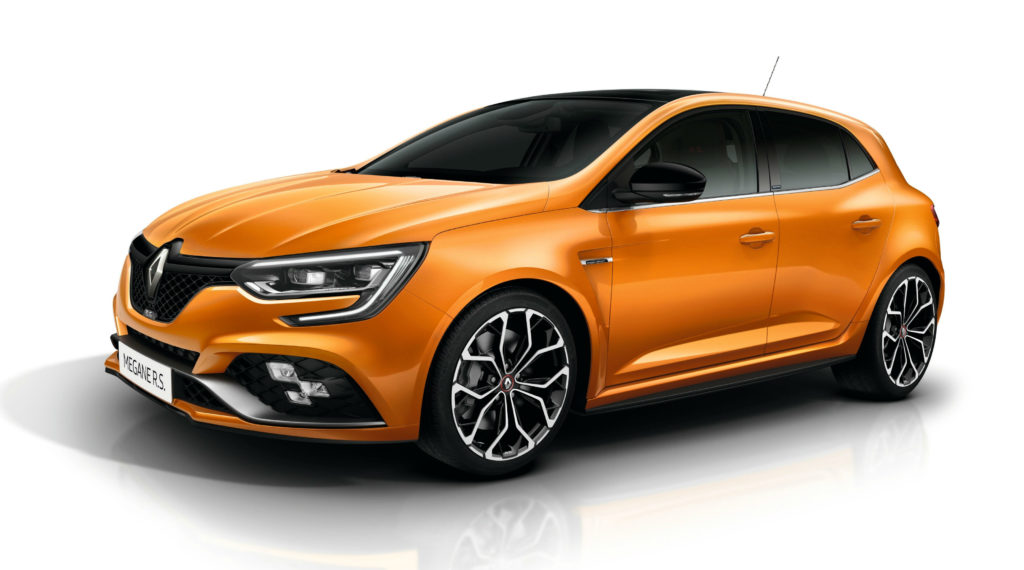 Renault has unveiled the all-new Megane R.S., the third generation of the iconic hatchback now made even more powerful by a new turbocharged engine with direct fuel injection. The 4-cylinder 1.8-litre (1798cc) unit combines maximum power of 280bhp at 6000rpm with peak torque of 390Nm, a figure that puts it amongst the very best in its class.

The new Megane R.S. is differentiated by four hydraulic-compression bump stops, inspired by rally driving. This configuration provides the Cup version of the car with optimal handling efficiency on all types of road, plus a level of comfort that is unprecedented in the car’s class for the Sport version. Combined with entirely redesigned independent steering axis front suspension for even sharper precision, the Cup version’s new Torsen limited-slip differential improves traction and cornering speeds.

For the first time, the high-performance Megane can be specified with a choice of two types of transmission, namely a 6-speed manual gearbox or 6-speed EDC dual-clutch transmission with steering wheel-mounted paddle shifters.

Customers are also treated to R.S. Monitor onboard telemetry technology which, in addition to being more user-friendly than ever, has been upgraded to incorporate an “Expert” mode that allows users to connect a camera, film their drive, play back and analyse their data, and share their images on social media.

For even greater road-hugging performance and high-quality dynamics, the hot hatch is wider, features wider tracks and sits on new 18- or 19-inch wheels. A wide air intake feeds airflow to the heat-exchangers for efficient engine cooling and the rear lip spoiler has been redesigned to generate additional downforce.

The styling of the new Megane R.S. incorporates numerous cues from the world of motorsport, including a rear diffusor, an F1-style front blade and a 3D honeycomb-pattern grill mesh that has been revisited by Renault Sport. Meanwhile, the sculpted, sensuous flanks which are a hallmark of the Megane are accentuated by the R.S. version’s wider wings and tracks.

Renault Sport’s exclusive, patented R.S. Vision lighting technology recalls the world of motorsport and delivers a degree of visibility that is unprecedented in the car’s segment.

The newcomer is the first production car to feature the new Renault Sport badging, which is common to both Renault Sport Racing and Renault Sport Cars, while a new dynamic body colour, Tonic Orange, has been added to the catalogue.

In keeping with the rest of the Megane range, the latest R.S. is equipped with Renault’s Multi-Sense system, which provides drivers with a choice between five driving modes: Comfort, Normal, Sport, Race and Perso. It also comes with a suite of driver aids that can be activated or switched off using the R-LINK 2 tablet.

Renault Sport will be introducing a 300-horsepower Trophy version of the new Megane R.S. at the end of 2018. 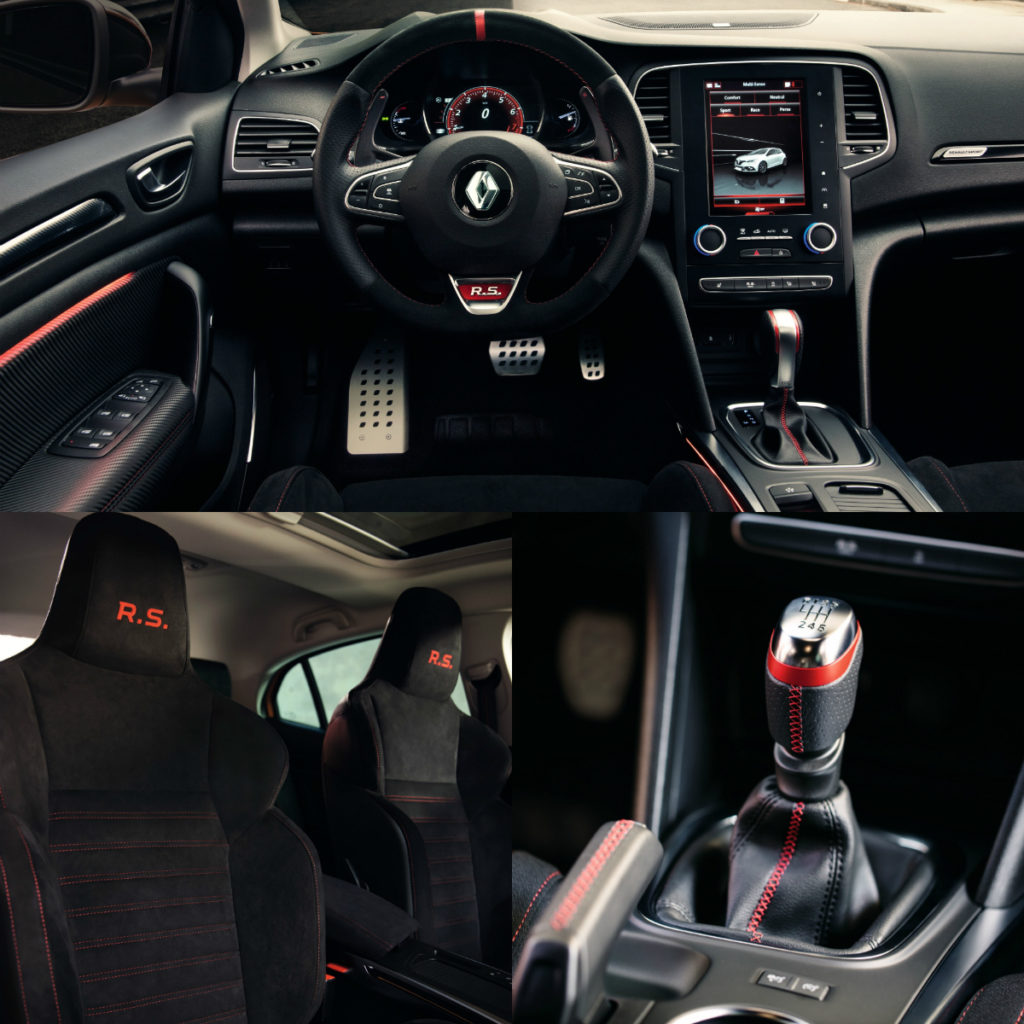 Read our local review of the Renault Megane Sedan.