Renault's Alpine division is back with this turbo coupe | Torque
Loading posts...
0

Renault has revealed a prototype that previews next year’s first production model from the company’s reborn sports subsidiary, Alpine. The mid-engine turbo coupe “is an exciting next step in our strategy to leverage talent and technology between road and track”, according to Groupe Renault’s CEO, Carlos Ghosn.

The prototype, called Alpine Vision, combines sensual design with outstanding agility, true to the great Alpine A110 Berlinette (both cars pictured above), which continues to be loved and admired by enthusiasts around the world.

Alpine Vision is powered by a new mid-mounted 4-cylinder turbocharged engine, built by experts at Renault Sport, and its low weight will allow the car to achieve 0 to 100 km/h in less than 4.5 seconds – the acceleration target for the production version in the works.

Over the next 12 months, Renault’s Alpine team will focus on building an outstanding coupe, that will be very close to the prototype in terms of design, weight, handling, agility and attention to detail. Priorities will also include building up the team and the sales network, and finally, to pursue racing. One of the key rivals to the French coupe is the Porsche Cayman (GTS variant tested here).

To be made in Dieppe, France, where Renault Sport hot hatches (click here for our comparison of Renault Clio RS and MINI Cooper S) are produced, the Alpine sportster will go on sale in 2017, initially in Europe, followed by other markets worldwide. 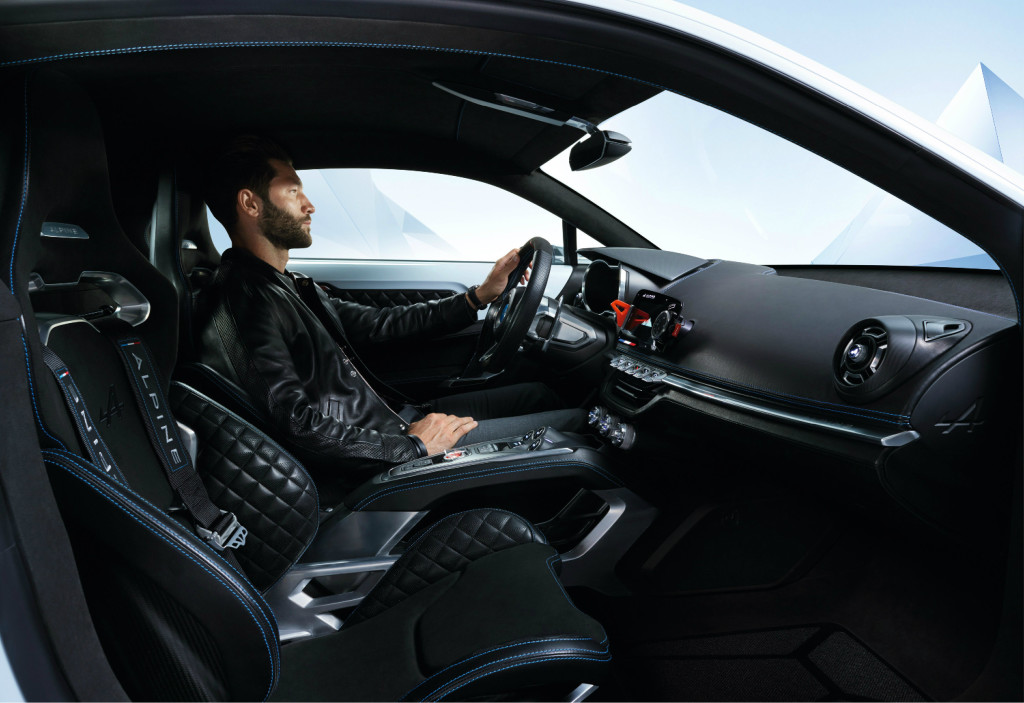 Awesome Alpine cockpit will come as standard, but not the handsome Frenchman.