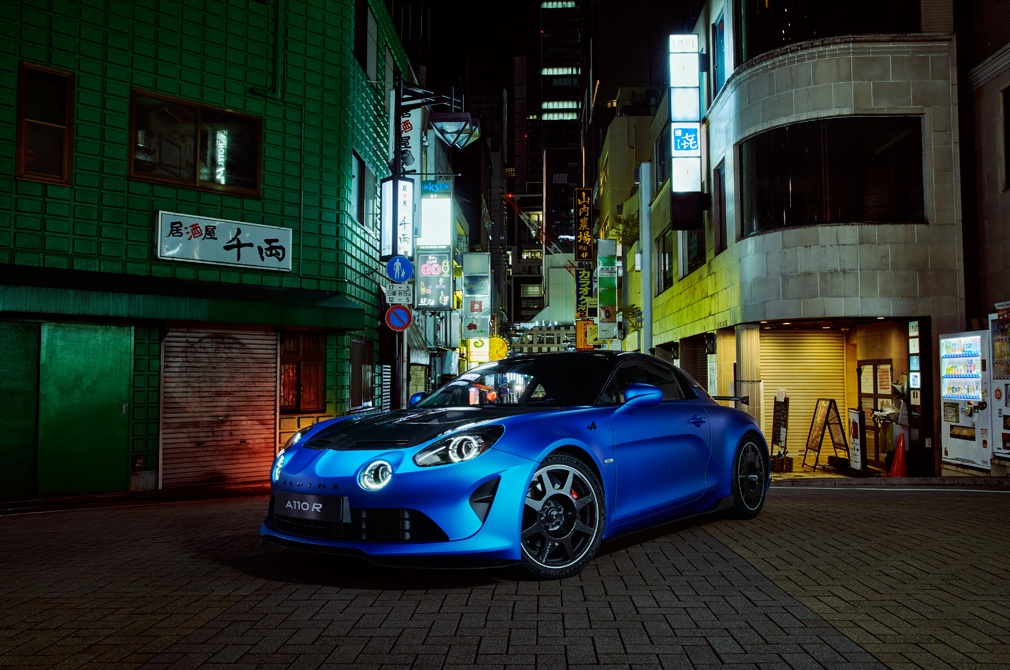 Still moping over the fact that the Lotus Elise and Exige have ended their production runs?

Mope no further, for Alpine has something new it thinks will woo over plenty of track day die-hards.

It’s called the Alpine A110 R, and, as you might have already guessed, it’s a lighter and stiffer version of the regular Alpine A110.

It weighs 34kg less than the Alpine A110 S, to be precise. That translates to a final weight of just 1082kg. 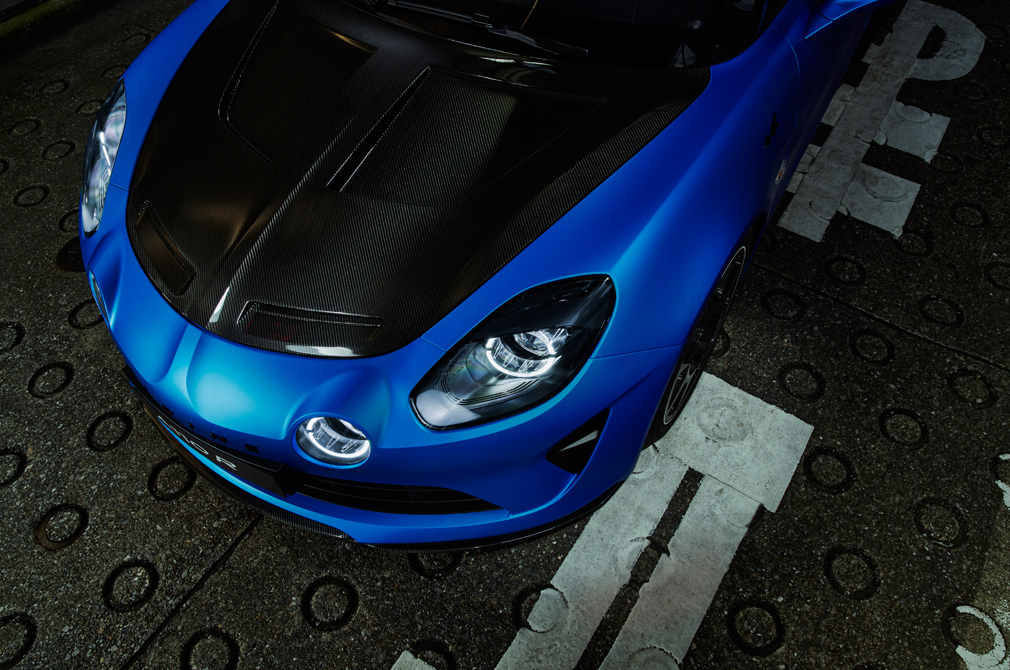 The bonnet of the Alpine A110 R has grown new scoops, adding visual aggression.

As you might expect, it’s not easy making a featherweight coupe even lighter than before, so Alpine had to weave plenty of the body panels on the A110 R out of carbon fibre.

The bonnet, side skirts, rear spoiler are now all finished from the black stuff, and proudly show it.

These are all said to offer a total of 29kg increased downforce at the A110 R’s 285km/h top speed when compared to an A110 S that’s been equipped with the Aero Kit.

But there’s more. Look again at the rear of the A110 R and you’ll notice Alpine has also fitted a new carbon fibre rear window, which comes complete with its own third brake light and scoops to bring air into the engine. 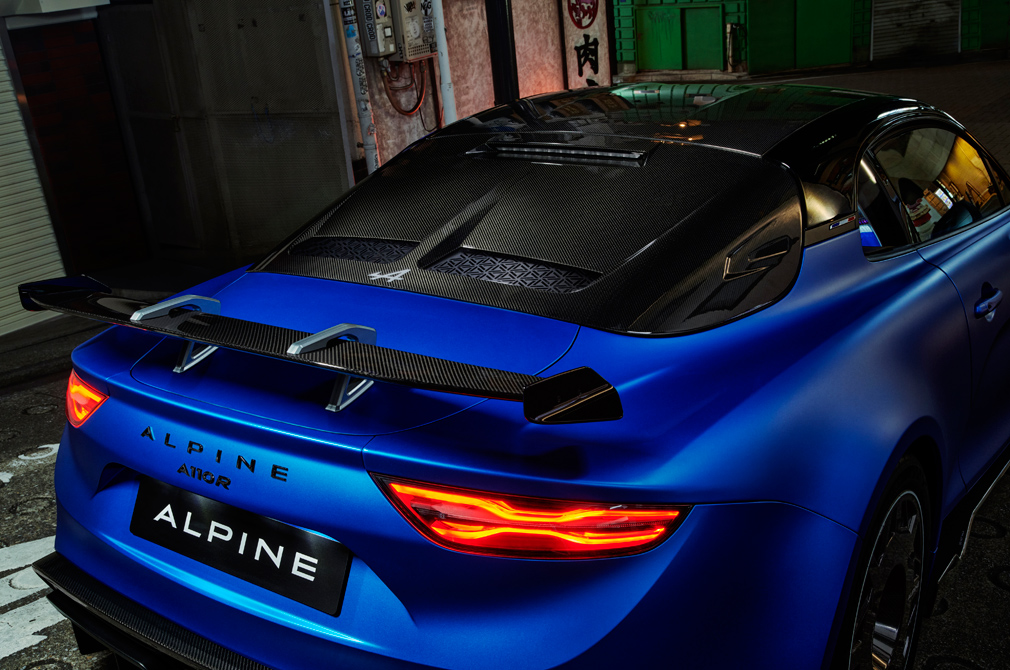 The car also has all-carbon wheels, which not only weigh 12.5kg less than those on the A110 S, but also sport a new design that is said to minimise drag and improve brake cooling.

And to top it all off: The single-shell Sabelt seats on the Alpine A110 R are also both entirely made of carbon fibre, which result in a 5kg weight saving.

AND HOW MUCH STIFFER?

There’s also adjustable shock absorbers in the R, which will allow a further 10mm drop in ride height when you’re on the track. 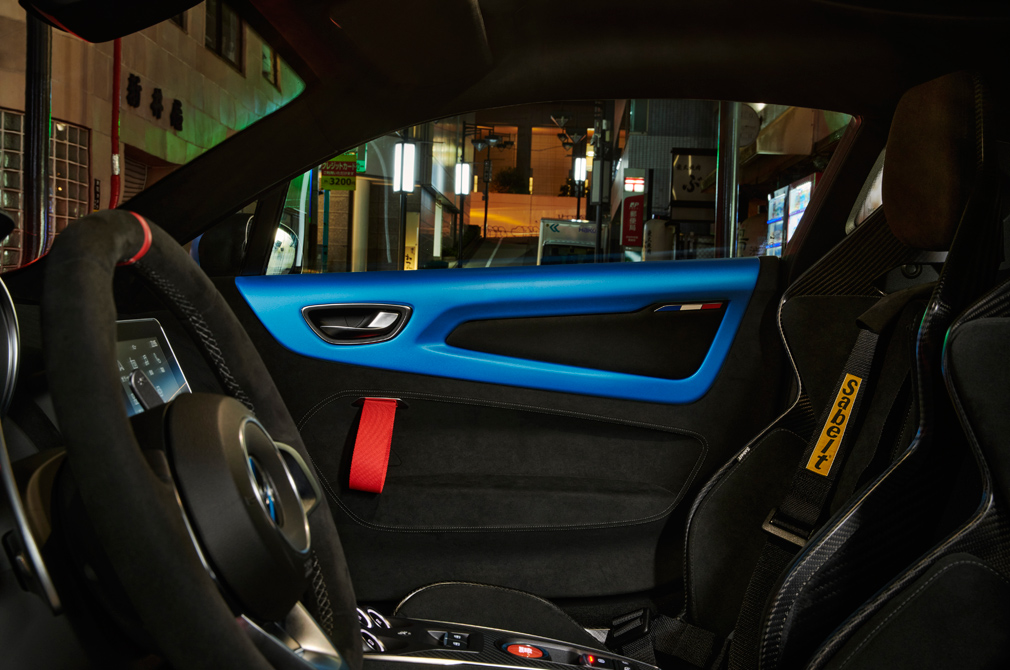 Carbon shell Sabelt seats in the Alpine A110 S come with six-point harnesses.

These suspension pieces also now hold Michelin Pilot Sport Cup 2 semi-slick tyres, which are said to offer up to more stability and cornering control, alongside a 15% increase in grip.

320mm diameter composite discs at the front and rear meanwhile, will offer stopping power in the Alpine A110 R.

SO, IT’S MORE POWERFUL AS WELL?

Not exactly. The same 1.8-litre four-cylinder from Alpine still does duty here, pushing out a total of 296bhp and 340Nm of torque, so it’s on par with the Alpine A110 S (final comparison, promise). 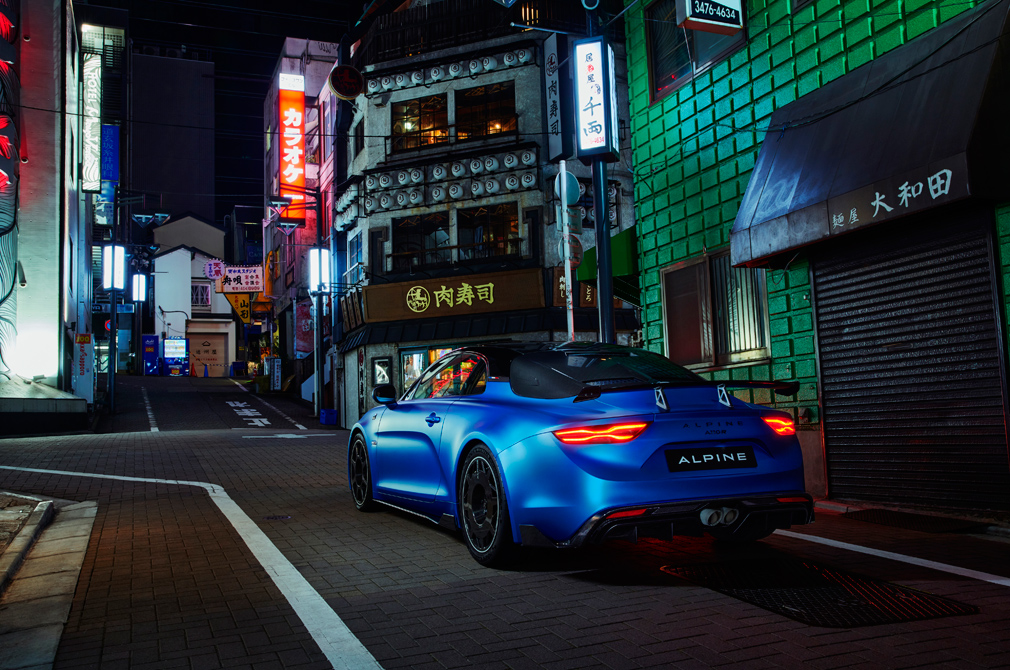 Still, paired to a 7-speed dual-clutch transmission, and with all those weight savings, the A110 R will sprint from zero to 100km/h in just 3.9 seconds, which is mighty quick.

Interested? You’d better get those cheques ready. Before Alpine decides retire the 1.8-litre and make the switch over to all-electric power, that is.

Catch our review of the pre-facelift Alpine A110 S here!