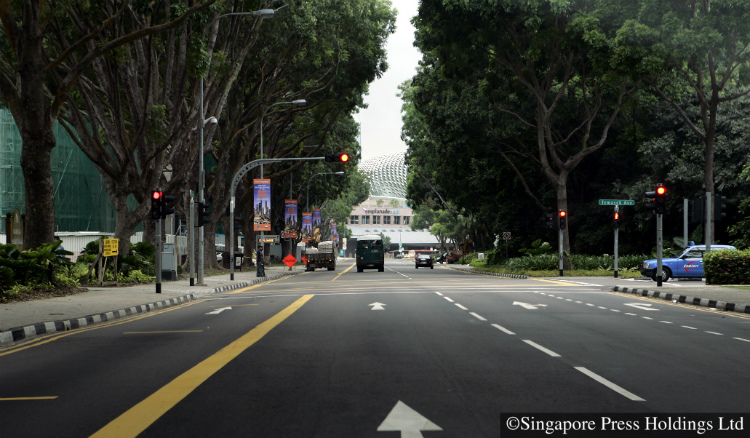 The left two lanes of Raffles Avenue will be closed on July 7, 14 and 21 to facilitate the National Day Parade rehearsals in the lead-up to National Day on Aug 9.

Three roads and lanes will be closed at the Marina Bay area on the first three Saturdays of the month between 2pm and 11pm, police said in a statement on Wednesday (July 4).

The roads and lanes affected on July 7, 14 and 21 include the left two lanes of Raffles Avenue, Bayfront Avenue and the carriageway of Esplanade Drive in the direction of Fullerton Road.

Only police and emergency vehicles may use these roads during the affected periods.

Bus services 77, 97 and 106, operated by Tower Transit, and services 36 and 518 operated by Go-Ahead Singapore will also be diverted at these times.

Parking restrictions will be strictly enforced, and vehicles causing obstruction will be towed, police said.

The road isn’t the problem with Orchard Road

Formula 1 a boon to Singapore’s economy, but some activities need a boost

Height of recklessness on roads