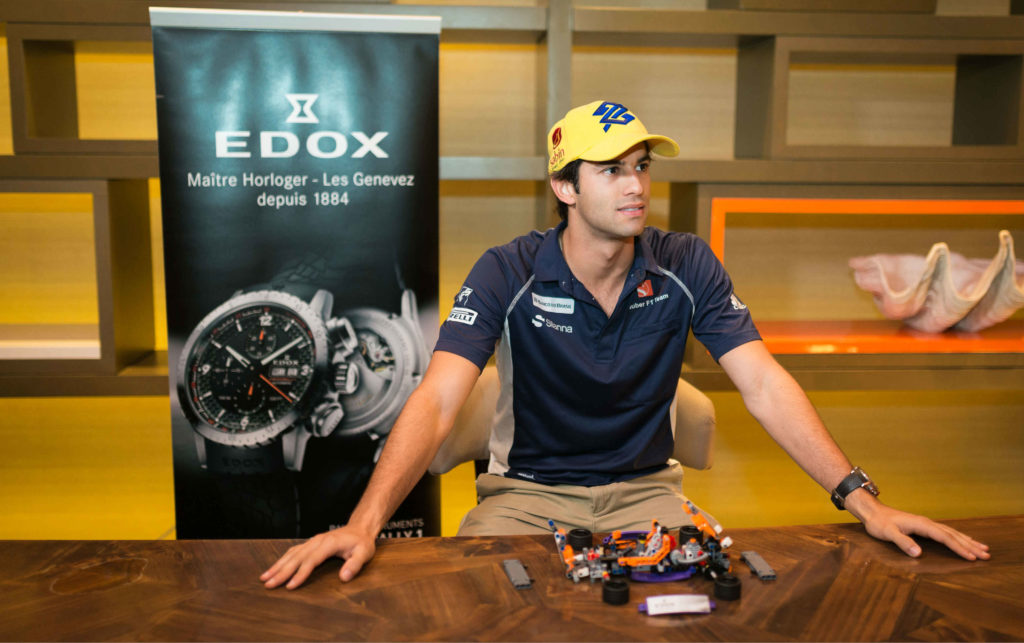 Guests had a chance to ask Felipe questions about his racing background, the Singapore Grand Prix as well as Edox timepieces. They also took part in a photograph and autograph signing session with the driver. Naturally, the Edox meet and greet with the Sauber F1 driver Felipe Nasr allowed guests to get wefies with him and be part of the celebratory atmosphere in the city during the Singapore Grand Prix.

At the meet and greet session, Felipe talked about his racing career and shared how he, as a Brazilian, was proud of the recently completed Rio Olympics.

Felipe Nasr was born into a motorsports family, his father and uncle competed professionally and had an influence on the young Felipe. One day, he tried his hand at karting and that led to the start of his racing career at the age of 7. While racing is a very exciting sport, Felipe has a strong appreciation for the teamwork and effort put behind the scenes of the Formula One team. Decisions are made in a split second and can be a matter or life and death for the driver. Teamwork is the key to success in motorsports.

Felipe said that the Singapore Grand Prix is one of the most challenging races around the world, with many sharp turns. Coupled with the heat and humidity, drivers lose/sweat up to two kilograms to three kilograms of body weight in each race. The night race also means that both driver and team need to be disciplined to work on European hours as part of the preparation.

Commenting on the Edox Chronorally Sauber F1 Limited Edition timepiece, created specially to mark the partnership between the two Swiss companies, Felipe Nasr loves the design of the watch as it screams “SAUBER” – from the enlarged red button with the Sauber F1 Team logo to the blue livery found on the dial of the watch. Felipe sets high expectations for himself, and hopes to win the world championship within five years. He embodies the same values as Edox – determined, pushing oneself to the limit and striving for continuous improvement. 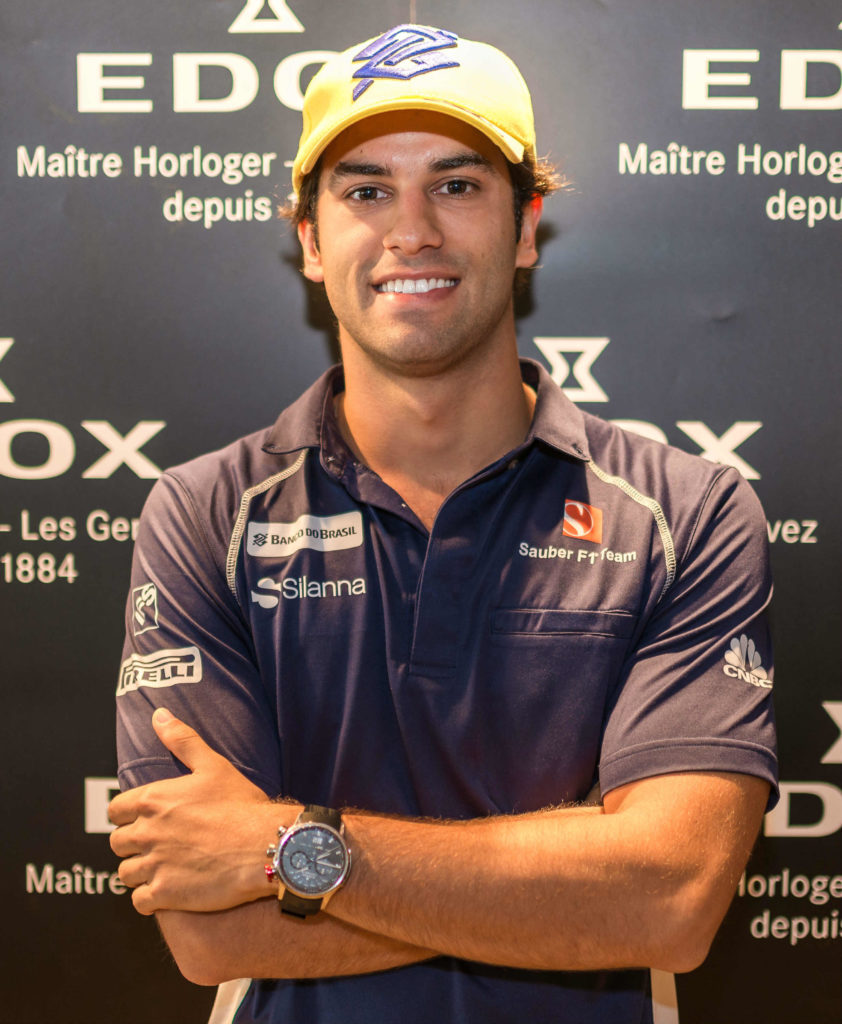 F1 might sell watches, but it doesn’t really sell cars.

How Singapore can groom a “Joseph Schooling” in motor racing.