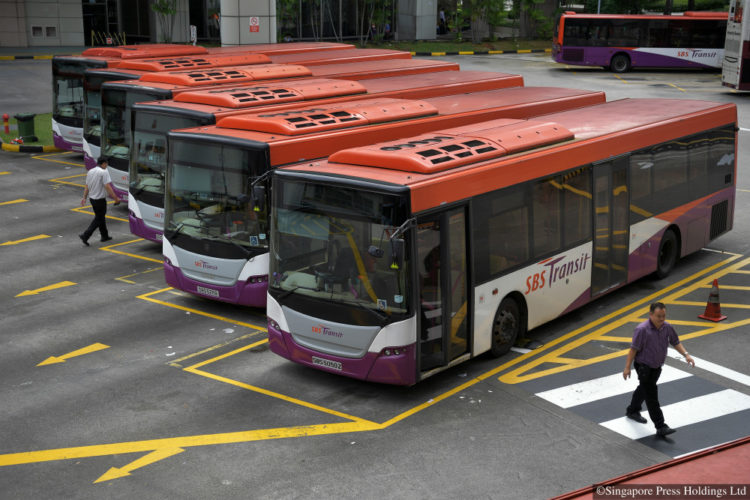 Listed bus giant SBS Transit (SBST) has become the first local operator to clinch a new route package since the government contracting scheme was rolled out three years ago.

SBST will start plying the 26 routes, requiring 380 buses, from the first quarter of next year. Currently, it operates 13 routes, rival SMRT runs 11, and two are new.

The 26 routes are from the Ang Mo Kio, Yio Chu Kang and Yishun bus interchanges to Bukit Batok, Bukit Merah and Eunos interchanges, as well as the Shenton Way bus terminal.

SBST’s contract is for five years, with an option for a two-year extension hinging on performance.

SBST chief executive Gan Juay Kiat said: “We are very pleased to win this package. We are confident of meeting the KPIs (key performance indicators) at the price we bidded at.” Besides enjoying shorter waiting times, he said commuters can expect improvements such as water coolers at interchanges, more fans where air-conditioning is not available, and “a stepped-up commuter engagement plan”.

He attributed the company’s victory to “synergy of scale” and knowing the market well.

More than 100 workers from SMRT – which put in the second lowest bid of $514.5 million – will be affected by the change. Mr Gan said SBST will offer them jobs.

The Seletar package drew 10 bids from nine companies, both local and foreign. LTA noted that all bidders had passed the quality evaluation and that the quality of bids had improved from the previous two tenders won by Australia’s Tower Transit and Britain’s Go-Ahead respectively.

Industry watchers said SBST’s bid was possible only because of its market presence. It has 60 percent of the scheduled bus market share here, with a fleet of more than 3100 buses plying over 200 routes.

Transport researcher Lee Der-Horng from the National University of Singapore reckoned SBST’s bid was “below cost” as it is able to “cross subsidise” because of its size. “I believe there will be fewer foreign bidders, or none, for future tenders,” he said.

Singapore University of Social Sciences transport researcher Park Byung Joon, who was adviser to bidder Tian San Shipping-Kumho Buslines, said: “If the message is that a new operator should take a loss to have a foot in the Singapore market, it may not look attractive for foreign companies.”

Related story: Make sure bus and train fare increases are tied to service improvements
Related story: The flip side to driverless buses