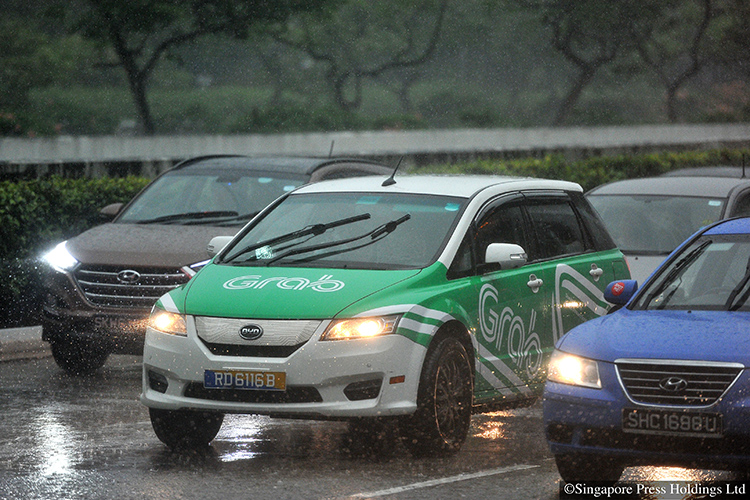 Grab and Uber’s merger will not be unwound but both firms were fined a combined $13 million yesterday by Singapore’s competition watchdog, which said their union earlier this year had violated competition laws.

The former was fined about $6.4 million while the latter was fined about $6.58 million by the Competition and Consumer Commission of Singapore (CCCS), which also spelt out a series of measures to cushion the impact of the merger on commuters, drivers and potential competitors.

The CCCS ruled that the Grab-Uber deal had reduced market competition and resulted in Grab getting an 80 percent share of the Republic’s ride-hailing market, up from 50 percent previously.

“Mergers that substantially lessen competition are prohibited and CCCS has taken action against the Grab-Uber merger because it removed Grab’s closest rival, to the detriment of Singapore drivers and riders,” said CCCS chief executive Toh Han Li.

Uber announced in March that it was exiting South-east Asia – including Singapore – and that its business in the region would be acquired by its rival.

This was in exchange for the American firm getting a 27.5 percent stake in Grab, as well as a seat on the Singapore-based firm’s board.

The CCCS noted that since the merger, effective fares had risen by about 10 to 15 percent while drivers’ commissions had shrunk.

While it was too late to unwind the deal, the commission set out directions aimed at easing the impact on both riders and drivers and levelling the playing field for other competitors.

Under these measures, Grab will have to remove its existing exclusivity arrangements with taxi fleets and drivers, as well as maintain pre-merger pricing algorithm and driver commission rates.

Don’t be taken for a ride by Uber and Grab

Uber will also be required to sell vehicles from its car rental arm Lion City Rentals – which was not included in the deal with Grab – to any potential competitor with a “reasonable offer”, and will need the approval of CCCS to sell them to Grab.

These measures could be suspended if a competitor attains a 30 percent share of the market for one month.

Both Uber and Grab would have their penalties lifted if this competitor maintains a 30 percent share for six consecutive months, the CCCS said.

Noting the existing players each held less than 5 percent of the market, Mr Toh said: “We don’t rule out joint ventures between the parties so that they can operate more like a single entity.”

Uber and Grab will be given up to a month to appeal against the decision, said Mr Toh.

Responding to the CCCS decision, Grab Singapore head Lim Kell Jay said the firm was glad the deal with Uber was not unwound, but insisted it was legal and that Grab did not “intentionally or negligently” breach competition laws.

Both firms said they will review the CCCS ruling before deciding whether to appeal.

The Land Transport Authority said it supports the CCCS decision, adding it was in line with its own ongoing review of the sector.

IRAS has their eye on Uber and Grab drivers