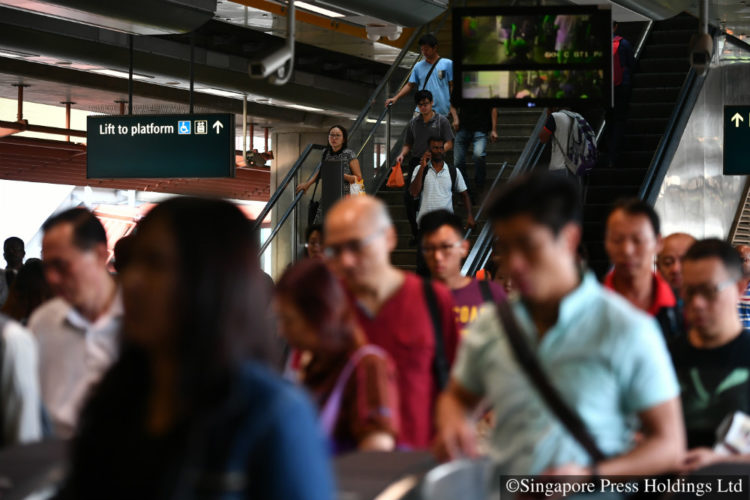 Joo Koon MRT station on November 16, 2017, a day after the train collision.

All 19 stations will also open later on Saturdays and Sundays to facilitate resignalling works and accelerate the timeline for the entire EWL to run on the new communications-based train control system. This will affect 20,000-30,000 people.

Reduced train service hours will also be implemented along other stretches of the North-South and East-West Lines (NSEWL) in the first half of 2018 to facilitate resignalling works and other renewal and maintenance works.

The Land Transport Authority (LTA) and SMRT made the announcement at a second press conference on Tuesday (Nov 21) relating to the Joo Koon incident last Wednesday when two trains collided.

LTA, SMRT and Thales said going forward, services between the Tuas West Extension (TWE) and the rest of the East-West Line will be kept separate, until the entire line can be upgraded to Thales’ signalling system.

“To end their (Thales’) misery, we just keep this complete separation, so we have a clean system,” Transport Minister Khaw Boon Wan said.

Commuters using the TWE will have to get off the train at Joo Koon MRT station, transfer to a bus, and then reboard the train at Gul Circle, and onwards to Tuas Crescent, Tuas West Road and Tuas Link stations.