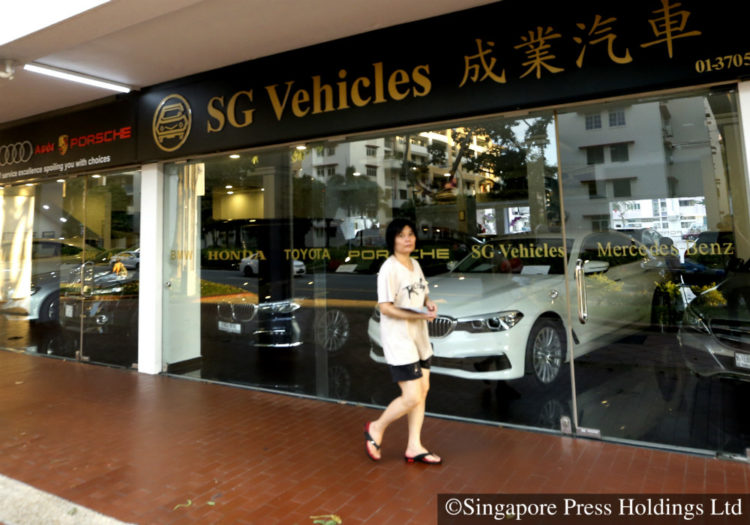 There were 39 complaints against SG Vehicles last year, up from 36 in 2015. There were nine complaints in the first five months of this year.

Over the next several weeks, Mr Mohamed, a civil servant, was asked by SG Vehicles Global salesman Sivassankar Gunasegaran, also called Shankar, to top up the deposit. He paid $8000 by credit card and again $10,000 in cash. The last payment was in October, and was made at SG Vehicles Global’s office in Bukit Merah, whereupon a receipt was issued.

But in February this year, Shankar told the buyer he had absconded with the $10,000, and had surrendered himself to the police. He was charged and is due in court on July 15.

SG Vehicles Global then asked Mr Mohamed for another $10,000 to make good the money that its employee had run away with, if he still wanted the car.

In March, he engaged law firm Parwani Law LLC to demand that SG Vehicles honour the terms of the agreement or refund him the $20,000 he had paid.

The parallel importer – which has been flagged by the Consumers Association of Singapore (Case) for repeated complaints of unfair practices – then filed a defence and counterclaim through law firm Drew & Napier.

The case is slated for mediation in the coming week. If there is no resolution, it will go before the court.

Parwani Law LLC’s Mr Vijai Parwani has advised his client not to comment while the court case is pending.

When The Straits Times learnt of the case in April, it contacted SG Vehicles Global for comment.

Co-owner Mark Poh refused to accept Mr Mohamed’s receipt as authentic and noted that SG Vehicles Global had insurance to cover incidents such as this.

He claimed the firm will register the car but was waiting for the “pending balance payment” from the buyer.

Case executive director Loy York Jiun said: “The salesperson collected the monies from the consumer at the company’s office and issued a receipt to the consumer in the course of his employment. As a result, the company, as principal, could be liable to the consumer for acts committed by its agent.

“The company should not therefore attempt to absolve itself from all liabilities.”

The firm has been in the news in recent years, having been on Case’s consumer alert list for two years running.

In March 2012, it was ordered by the courts to compensate a car buyer over warranty issues. The firm had engaged a third-party workshop for warranty claims, but the workshop had closed down.

It took a year or more to pay the compensation.

In April 2015, it was embroiled in another warranty claim dispute and was ordered by the Small Claims Tribunal to pay up. It did so, but maintained it was not in the wrong because the workshop it engaged had closed down.

Related story: SG Vehicles blacklisted by CASE again
Related story: You must do your homework when buying a car from a parallel importer 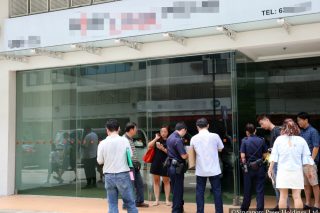 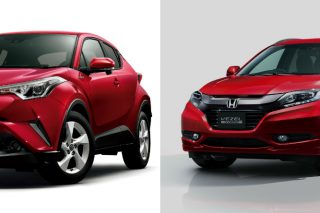