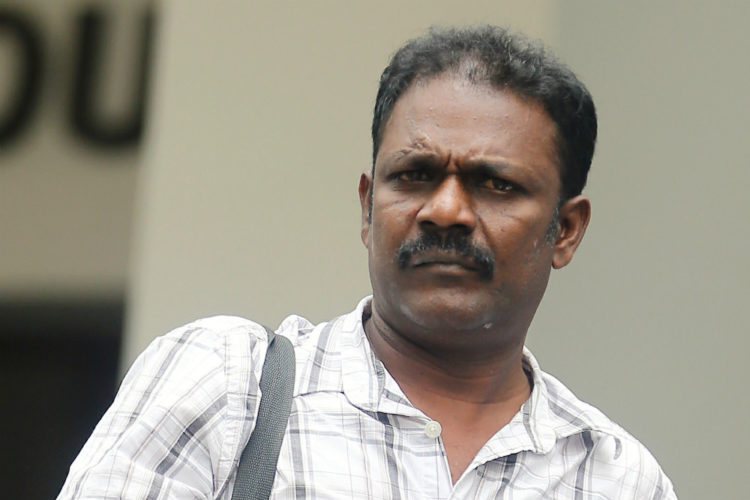 Subramaniam Kandiappan was fined $2500 and disqualified from driving all classes of vehicles for two years.

On Thursday (Nov 30), Malaysian Subramaniam Kandiappan, 47, was fined $2500 and disqualified from driving all classes of vehicles for two years.

The Singapore permanent resident had pleaded guilty three weeks ago to causing hurt to passengers by negligent driving on Jan 25, 2016.

The distance between the two buses was about a car’s length when Mr Teo stopped.

Subramaniam applied his foot brake but it was too late. Having failed to keep a safe stopping distance, he could not prevent his vehicle from hitting the back of the other bus.

The 14 injured passengers, aged between 22 and 69 years, were taken to Khoo Teck Puat Hospital.

Six had been on Subramaniam’s bus and eight in Mr Teo’s. Two of the 14 passengers had to be hospitalised.

One of them, Mr Ricky Lam Koon Chow, 67, suffered injuries including a chipped tooth, neck pain and a tear to his left rotator cuff.

Ms Khoo Wai Yue, 51, was admitted for a night for a neck sprain.

The other 12 passengers suffered injuries such as bruises and abrasions.

Responding to queries from The Straits Times, SMRT said it was very sorry for the accident and a detailed review had been carried out. It added that Subramaniam had been reassigned to administrative duties.

SMRT’s vice-president of corporate communications Patrick Nathan said: “The safety of our passengers is the top priority. We monitor closely the driving behaviour of our bus captains and work with each one of them to improve their driving skills and service standards.

“Our training programmes are individually customised to each bus captain’s needs, and include a combination of classroom, simulator and driving sessions on the road.”

For causing hurt by performing a negligent act, Subramaniam could have been jailed for up to six months and fined up to $2500.