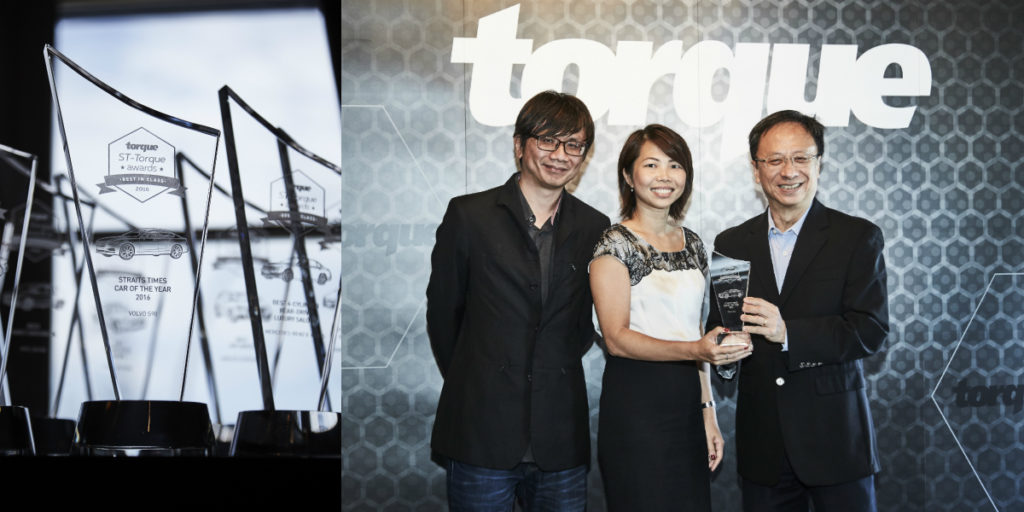 Torque, Singapore’s leading motoring monthly, presented trophies to the 10 “Best in Class” winners at the ST-Torque Awards 2016, including the coveted Straits Times Car of the Year 2016 award, which went to the Volvo S90.

For the sixth year running, Torque – a monthly motoring title published by SPH Magazines – has partnered with The Straits Times (ST) to select the best cars of the year, based on a robust voting system that sets the standard for automotive awards in Singapore.

The contenders were rated against their typical rivals based on nine criteria: performance, handling, ride, build quality, efficiency/economy, ergonomics, styling, value for money and the X factor.

The awards ceremony was held in 1919 The Waterboat House, which serves contemporary European flavours in a historical setting. About 50 invited guests enjoyed a delicious four-course lunch with a delightful sea view.

There were 10 judges on the ST-Torque Awards 2016 panel, headed by Christopher Tan, Senior Transport Correspondent of The Straits Times, Consulting Editor at Torque magazine and Singapore’s foremost motoring journalist for the past 30 years.

Christopher’s co-driver in the judging panel was David Ting, Editor of Torque and a 21-year motoring media veteran.

Mr Christopher Tan, Consulting Editor of Torque and Senior Transport Correspondent of The Straits Times, said: “It is fair to say the judges behind the awards all love cars. If nothing else, these annual accolades are a tribute to the cars which made their eyes spark a little brighter and their hearts beat a little faster in 2016.”

Mr David Ting, Editor of Torque, said: “Cars will get even better in the future and might not even need drivers, let alone testers. But until then, we’ve thoroughly tested these cars, which are now the ones to beat in their respective market segments. We congratulate the manufacturers and marketers of the latest batch of winning models.”

Ms Sabrina Sng, General Manager of Volvo, Wearnes Automotive, commented on the Straits Times Car of the Year 2016 award for the Volvo S90: “We are thrilled that the all-new Volvo S90 has clinched the prestigious Straits Times Car of the Year 2016 award. Winning this award, on top of many other global awards, is a testament to Volvo’s continued transformation as a luxury car brand and sets the tone for the future of all Volvo cars. The S90 has truly shaken up the premium sedan segment and now competes head-on with other competitors in the market.”

Announced in the January 2017 issue of Torque, the winners are: 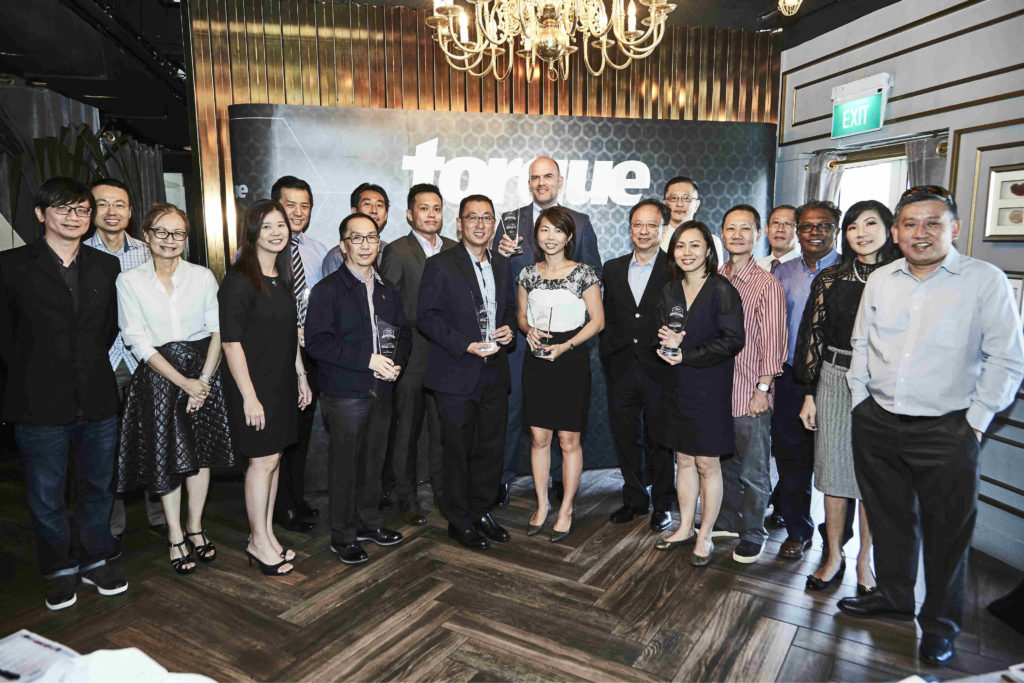