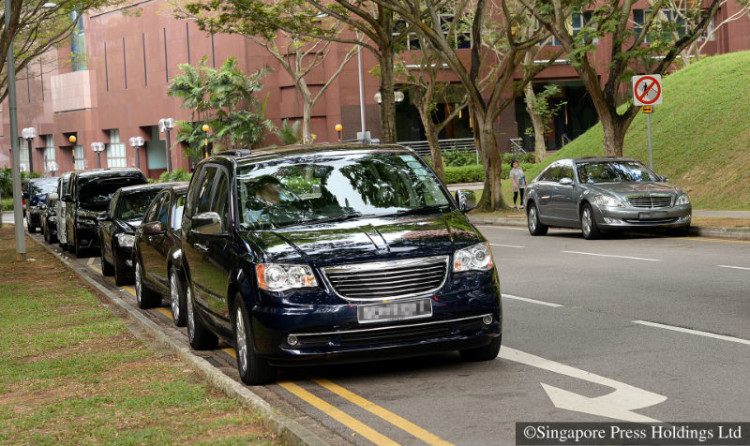 The National Environment Agency (NEA) will increase the penalty for repeat offenders who leave their vehicle engines idling from June 1, as part of ongoing efforts to further improve Singapore’s ambient air quality and safeguard public health.

(Click here to read about Singapore’s Car-Free Sunday initiative, which is also being done to improve air quality.)

The move serves as a stronger deterrent against idling vehicle engines, NEA said in a statement on Friday (April 29).

It added that the higher penalty for repeat offenders is being imposed following an upward trend of such offences.

During the first three months of 2016, NEA took action against 1489 errant motorists for idling engine offences.

Under the Environmental Protection and Management (Vehicular Emissions) Regulations, it is an offence to leave the engine of a motor vehicle running when it is stationary for reasons other than traffic conditions.

Starting from June 1, motorists caught leaving their vehicle engines idling for a second or subsequent time may compound the offence by paying a composition sum of $100, up from the current $70.

If the composition sum is not paid, the errant motorist is liable to a maximum court fine of $5000 upon conviction.

The regulations apply to all motorists driving all types of motor vehicles, except:

– Vehicles that require their engines to be switched on for operation of on-board machinery, such as chiller trucks, concrete mixers;
– Taxis/buses in a queue at their designated stops, stands or terminals waiting to pick up/drop off passengers;
– Vehicles that are used for law enforcement or emergency purposes, such as ambulances, SCDF or police vehicles;
– Vehicles undergoing inspection or maintenance.

NEA said signs have been installed at hotspots to remind motorists about the new regulations. It urged motorists to turn off their engines after parking their vehicles.

Members of the public who spot parked idling vehicles are encouraged to report them to NEA through its hotline (1800 2255 632), email ([email protected]) or the myENV app.

Details such as the vehicle registration number, location, date and time of the incident should be included.