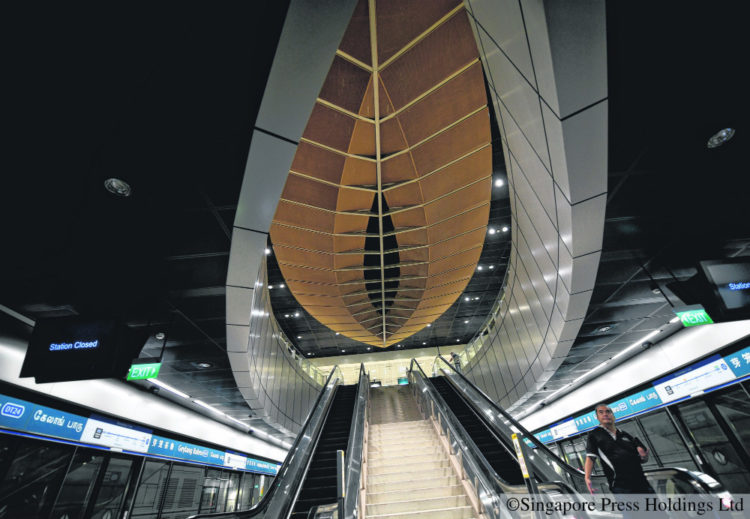 Geylang Bahru Station: Sharp eyes are needed as some of these artworks are so well placed, one might think they are real. The station’s interior also features leaf-like architecture.

Downtown Line 3 (DTL3) will open on Oct 21, completing a three-stage MRT line that links the north-western and eastern towns to the old and new downtowns.

The 21km, 16-station DTL3 runs from Fort Canning station, directly across from Liang Court, through old-town neighbourhoods such as Jalan Besar and Bendemeer before heading eastwards through Geylang Bahru, MacPherson, Ubi, Bedok North and Upper Changi to end at Expo station.

New interchanges on this section of the DTL include an interchange with the Circle Line at MacPherson station and interchanges at Tampines and Expo stations with the East-West Line.

Once the DTL is fully operational, it will be Singapore’s longest underground MRT line, spanning 42km.

To celebrate this milestone, the Land Transport Authority is offering commuters free travel for journeys between all 34 stations of the DTL on Oct 21 and 22.

The free rides are only for passengers starting and ending their journeys on Downtown Lines 1, 2 and 3. 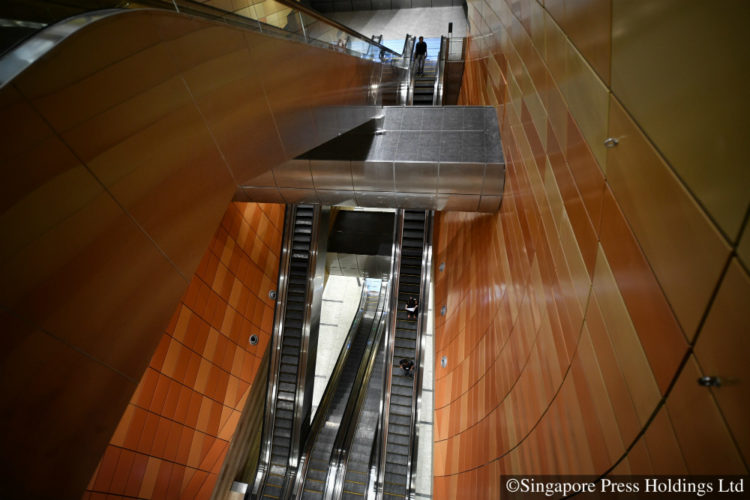 At 43m below ground, Bencoolen Station is the deepest MRT station in Singapore. Its linkway will provide shelter for two schools, Nanyang Academy of Fine Arts and Singapore Management University.

To get the free rides, passengers can tap their farecards in and out at the fare gates, and no money will be deducted.

Commuters who are transferring from other lines at interchange stations can tap out from the non-DTL station and tap in to the DTL to get free travel for the DTL leg of the journey.

However, there are special arrangements for passengers who are transferring at Bukit Panjang, Newton and Tampines stations, as these are different from regular interchange stations, and commuters have to go through a public area outside the fare gates to change lines.

Those who are transferring to the DTL from these stations must use the dedicated fare gates to get the free rides on the DTL.

There will be signs, posters and station staff at the three stations to assist and direct commuters.

Aside from the free rides, there will be a DTL3 Open House on Oct 15, where commuters can get a free preview of the new stations.

Themed Rail of Fun, the event will feature activities at the DTL3 stations from 10am to 6pm. 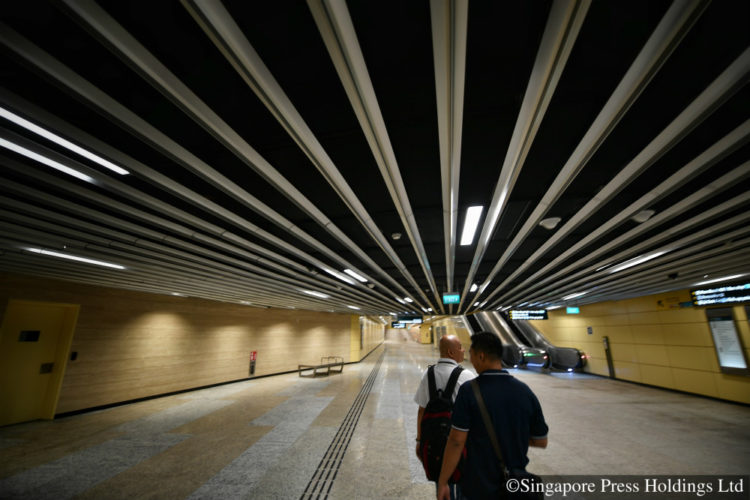 Bencoolen Station: The station has three entrances and comprises of six levels.