The Competition Commission of Singapore (CCS) started investigations in 2015 after it received a tip-off. It found that when the F1 tender for electrical services was called in December 2014, Chemicrete, Cyclect Electrical, HPH and Peak Top submitted separate bids.

Cyclect Electrical’s bid, which was about 25 percent lower than the rest, was selected.

CCS found that the Cyclect Group told HPH and Peak Top how much to bid, so that one of its arms, Cyclect Electrical, could win the tender.

Among the evidence presented on Tuesday was a WhatsApp conversation.

On Dec 10, 2014, an HPH director sent a WhatsApp message to a Chemicrete manager: “Bro have u check with your md (managing director) on the Grand Prix tender. How he want to work together. Or he want me to submit a bogus price only. The tender quite big and a lot of things to do. Please advise.”

Separately, two of the three parties were fined over a separate bid-rigging offence. In March 2015, Gems World Academy called for a quote to procure barcode tagging services for its campus property.

It received three quotes from Chemicrete, HPH and a third firm with no ties to the first two parties and was not investigated. Chemicrete’s quote cost half as much as HPH’s, and it won the tender.

CCS did not disclose how much the contracts were worth.

Said CCS chief executive Toh Han Li: “Bid-rigging is one of the most harmful types of anti-competitive conduct as it distorts the competitive bidding process, thereby preventing businesses from getting the best value for their tenders. Bidders should always be aware that they shouldn’t be discussing bids with competitors, and they should educate their employees not to do so, because they could be found liable if their employees are found liable.”

Managing director of Cyclect Group, Mr Melvin Tan, said in a statement that the firm had “never intentionally worked against industry practices”.

“We have cooperated to the best of our ability during the investigations. Hence, this decision came as a shock to us. We are currently reviewing the decisions with our legal advisers and will be keeping all our options open, including an appeal,” he said.

Peak Top declined to comment, while HPH did not respond to Straits Times queries.

When The Straits Times asked Singapore GP if it would continue working with Cyclect Group, a spokesman said: “As a policy, Singapore GP is not able to comment on commercial specifics related to the Formula 1 Singapore Grand Prix.”

The three parties have till Jan 29 next year to pay the fines if they decide not to appeal against the judgment. 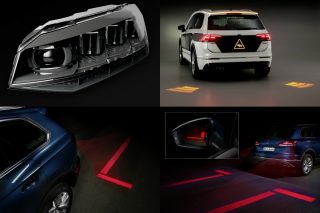 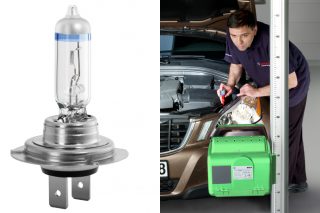 Should headlamp bulbs be replaced regularly?

Should headlamp bulbs be replaced regularly?