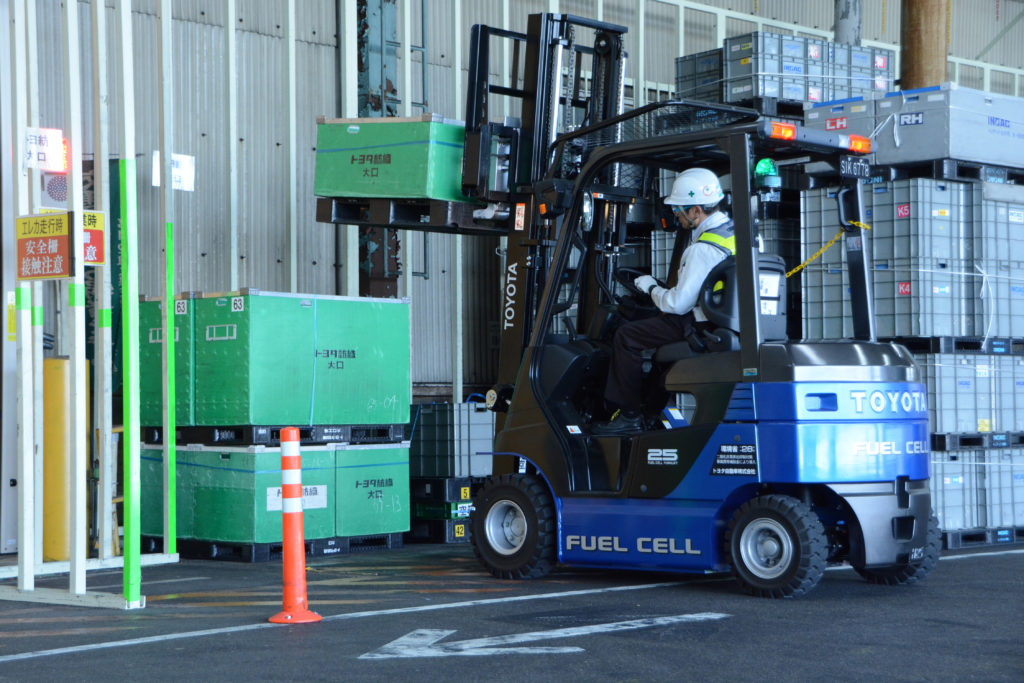 Toyota Motor Corporation has announced that it has deployed 20 fuel-cell forklifts, manufactured by Toyota Industries Corporation, at its Motomachi Plant located in Toyota City, Aichi Prefecture. It has also built a hydrogen station for designated use by the fuel-cell forklifts at the plant.

As part of its efforts to realize the Plant Zero CO2 Emissions Challenge, which falls under Toyota’s Environmental Challenge 2050, Toyota has been developing and implementing low-emission production technologies and conducting regular kaizen (continuous improvement) activities.

The 20 newly introduced fuel-cell forklifts have been deployed by tapping into a joint initiative led by Japan’s Ministry of the Environment and Ministry of Economy, Trade and Industry, in an effort to promote the use of fuel-cells in industrial vehicles to realise a hydrogen society.

Fuel-cell forklifts utilise hydrogen to generate electricity, and demonstrate excellent environmental performance as they do not emit CO2 or substances of concern (SOCs) during operation. They are also very convenient, given that they can be refuelled in approximately three minutes. Furthermore, with their ability to supply electricity, fuel-cell forklifts can serve as a source of power supply during emergencies. 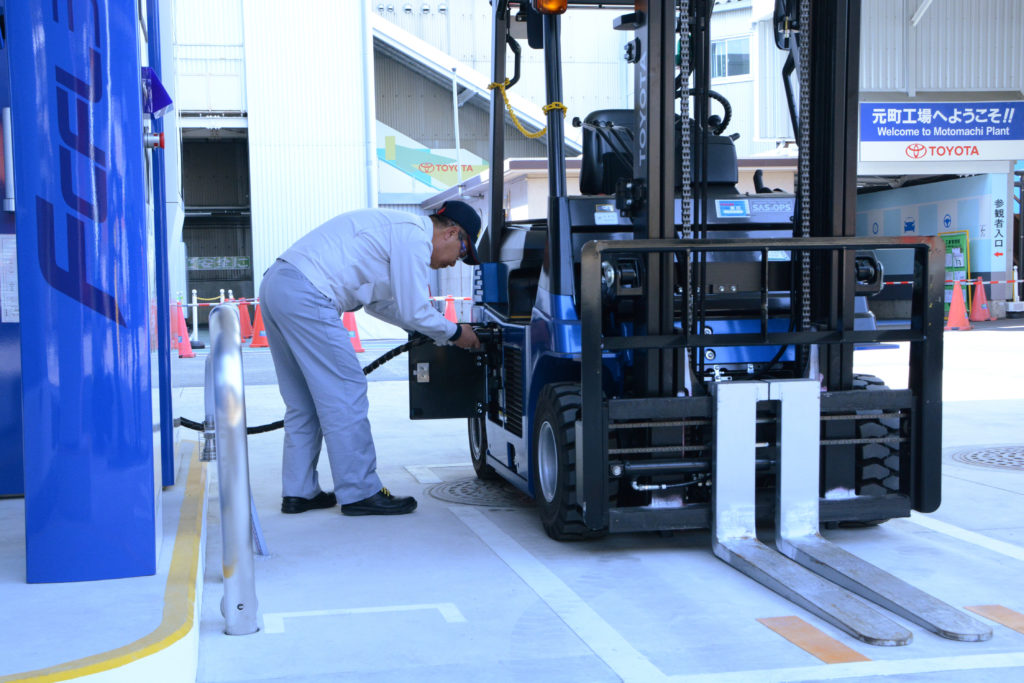 Read about the joint venture between Honda and General Motors to mass-produce an advanced hydrogen fuel-cell system.