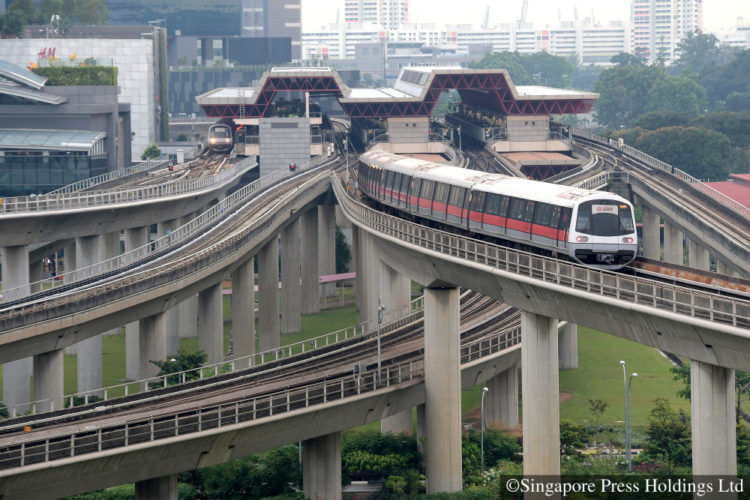 SMRT said in a tweet at 7.32am to expect delays of up to 15 minutes – later revised down to 10 minutes – from Yew Tee to Jurong East stations.

It added that the fault was not linked to its new signalling project.

In a subsequent tweet at 7.55am, SMRT advised commuters travelling towards the Central Business District to take the south-bound train towards Marine South Pier, citing congestion towards Jurong East from Woodlands.

Normal train service resumed at around 8.50am.

Engineer Fu Yan, 30, said it took him about 5 minutes more to get from Choa Chu Kang station to Jurong East where his workplace, but this was “no big deal.” “There have been worse breakdowns,” he said.

Marketing executive Jolene Chew, 34, said she has been leaving for work earlier in the last few months after a spate of breakdowns. She left her Yishun home at 7.40am and arrived at Jurong East at about 8.50am. This was a journey that previously took her about 30 minutes.

“The train stopped for one to two minutes at every station, so all in it was delayed about 15 minutes,” she said.

The NSL was beset by delays for two days last week. The 30-year-old line suffered a two-hour delay during evening peak on Aug 17 due to a fault with the new signalling system near Ang Mo Kio.

The following morning, a defective train added travel time of up to 45 minutes between Marina South Pier and Sembawang, affecting officer workers and students trying to get to school during examination season.