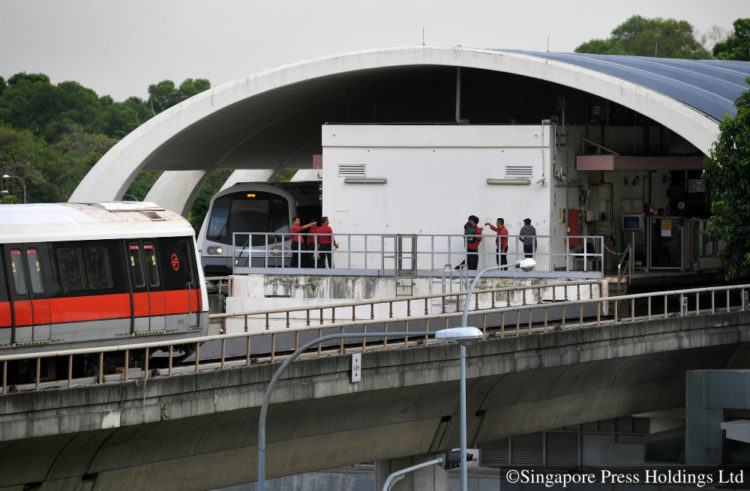 In a tweet sent at 5.53am, SMRT advised commuters to expect an additional 30-minute travelling time between Tanah Merah and Pasir Ris stations due to a track point fault.

It added that the fault was not linked to the new signalling project.

At 6.15am, it updated that an additional 20-minute travelling time was needed between Tampines and Pasir Ris stations.

Thursday is the first day of the Primary School Leaving Examination.

In a Facebook post, the Ministry of Education said candidates who are affected by the train service delay should inform their school and arrive at the exam centre before the end of the paper to sit their exams.

“Full paper duration would be given. No excuse letter from the train station is required,” added the statement.

At 8.04am, SMRT tweeted that the additional travelling time between Tanah Merah and Pasir Ris stations was reduced to 10 minutes.

It added that train services were being progressively restored.

In an update at 8.37am, SMRT said train services between Tanah Merah and Pasir Ris had resumed, and free regular and bridging bus services had ended. 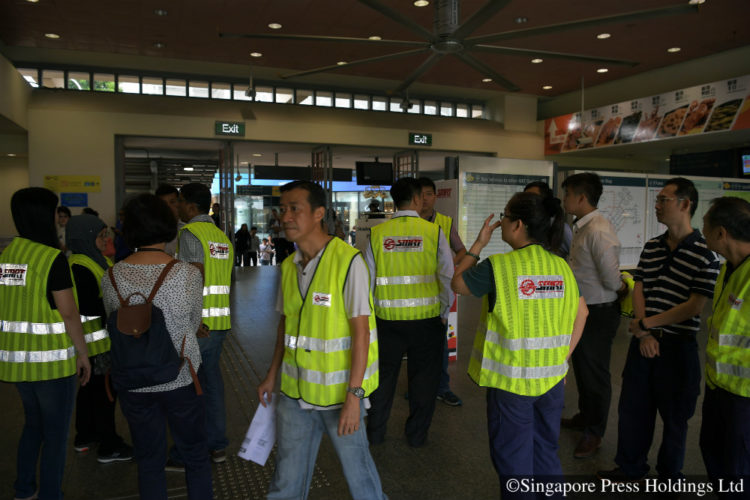 Commuters at Pasir Ris station The Straits Times spoke to said they were worried about being late for work.

Said admissions coordinator Genevieve Peter, 23, who works in Raffles Place: “I’m quite worried… Not sure if I will be 20 minutes late or even later. I think lots of people will be affected because it’s morning rush hour.”

Dunman High School student Lee Wan Rong said she had a biology practical exam to sit. It normally takes her an hour to get to school from the train station, she added.

“I don’t know if I’m late. I hope I can make it but I’m kind of worried. It’s not a national exam so I won’t take the slip from the MRT station but I will inform my teacher,” said the 16-year-old.

Another secondary school student Samuel Teo, 16, said his journey to school in Pasir Ris took 1.5 hours due to the delay, compared to 25 minutes on a normal day.

“The MRT ride (to Pasir Ris) normally takes 10 to 15 minutes. Today, I took the train to Tampines station which was 20 minutes, then the train was delayed so I took a bus which was another 40 minutes,” he said.

He added that he will be taking his O levels exams in two weeks and hopes that there will be no delays. “On that day I still will take the MRT. If anything happens, I guess it is a valid reason to be late,” he said.

Over on the North-South Line (NSL), some commuters have also reported on social media about train delays as a result of a platform screen door fault.

However, SMRT has not announced any delays for the NSL on its social media accounts.

The Straits Times has contacted SMRT for more information.