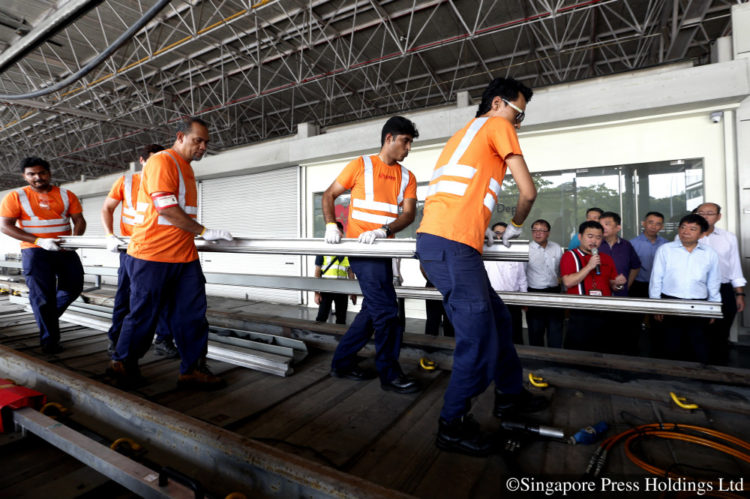 While the entire overhaul of the North-South and East-West lines (NSEWL) will be finished only in 2024, commuters can expect “vast improvements” in reliability by 2019, said Transport Minister Khaw Boon Wan.

By then, three out of the six core systems of the 30-year-old lines would have been replaced, with each upgrade making a “quantum improvement” to reliability, he said yesterday.

Mr Khaw, who is also Coordinating Minister for Infrastructure, was giving a speech during a ceremony at Bishan Depot to mark the completion of the second major NSEWL renewal project – the replacement of the power-supplying third rail along around 180km of tracks.

The upgrade to a newer and more robust design started in 2015, with the final section near Ang Mo Kio MRT station replaced last month.

The upgraded sections of the NSEWL have led to improvement. As of Sept 5, there were three third rail-related defects that resulted in delays of more than five minutes, compared with 16 last year.

Mr Khaw said that this made it “two down, with four more to go”, referring to the outstanding upgrading of the signalling system, power supply system and track circuits, and replacement of 66 first-generation trains.

He said that the works will take up until 2024 to complete because of the limited engineering time of three hours each night.

He noted that the North-South Line has seen greater improvement ahead of the East-West Line because the former was mostly upgraded first.

In the first half of this year, reliability on the North-South Line – according to the mean kilometre between failure (MKBF) measurement – improved by more than 120 percent over the same period a year ago, hitting 345,000km.

In comparison, the East-West Line improved by 94 percent. The MKBF measures the average distance travelled between delays of more than five minutes.

In July, Mr Khaw raised the MKBF target for the entire MRT network to one million km by 2020. Yesterday, he said he was confident when he raised the target. He said: “When I set targets two years ago, that we would match Taipei (metro’s) 800,000 train-km… I was not confident – I was probably reckless.”

The minister attributed his optimism to the different working environment today, one in which the regulator and operator work hand in hand.

Singapore Institute of Technology assistant professor Zhou Yi said commuters can expect a smoother ride by 2019. “Most of the current faults are due to signalling issues. There might be some teething issues up till 2018, but they should be reasonably stabilised by 2019,” Dr Zhou noted.

“As the upgrading (works) for the NSL and EWL are done with the same system, we shall expect the teething issues to be fewer and of shorter (duration), as the engineering team would have gained good knowledge and experience.”

Related story: Overhaul of North-South and East-West lines to be completed by 2024
Related story: Lessons from SMRT’s past mistakes can help it stay on track 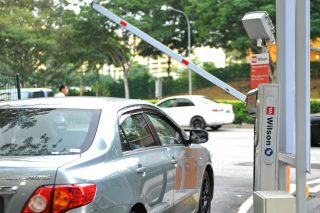