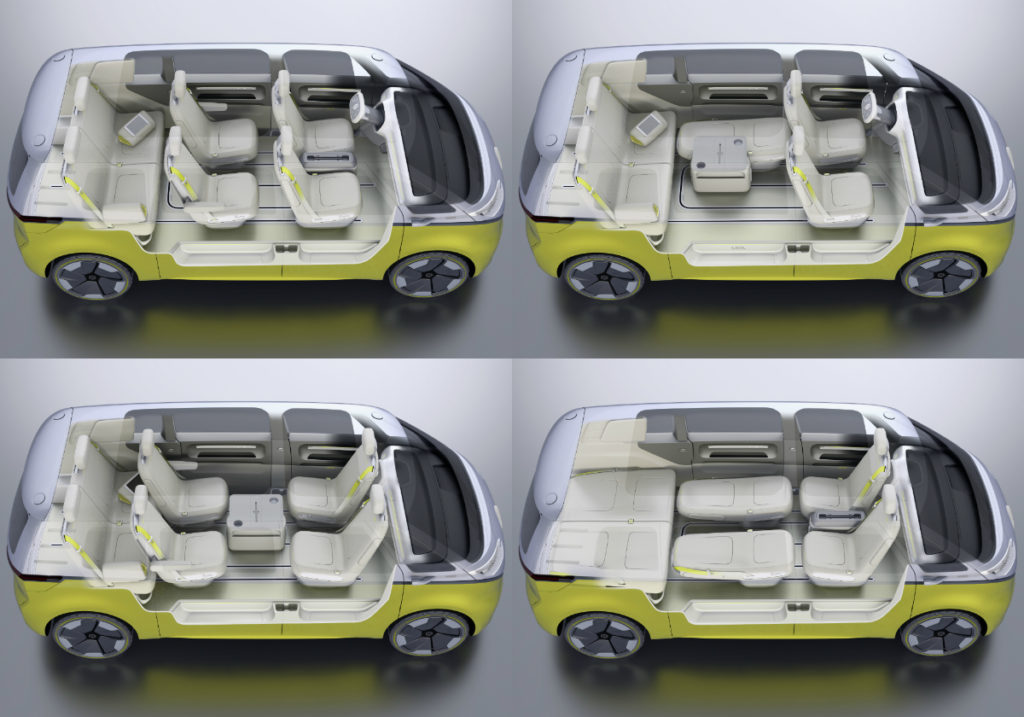 Volkswagen has shown just how multi-faceted electric mobility can be with the I.D. Buzz concept vehicle – maximum space utilisation with all-wheel-drive, electric motors at the front and rear axles, a fully autonomous driving mode (“I.D. Pilot”) and a new generation of display elements and controls.

Thanks to its MEB underpinnings, space utilisation is better in the I.D. Buzz than in any other electric vehicle today.

An excursion with two families over the weekend? A gig with the band in another city? A vacation trip with bikes and boards? Driving to a business meeting with colleagues who need to prepare on the way? None of these scenarios poses a problem with the multi-variable seating layout and interactive networking of the I.D. Buzz. Using an extended MEB-XL platform, this concept vehicle—which is 4942mm long, 1976mm wide and 1963mm tall—offers an extraordinarily spacious interior for its class.

The I.D. Buzz is not only huge inside, but its technical concept makes it one of the world’s most comfortable cars.

It has a silent drive system and an extremely long wheelbase of 3299mm. The floor-mounted battery lowers the vehicle’s centre of gravity and delivers ideal weight distribution. The suspension layout – including multi-link rear suspension with integrated drive units and decoupled subframes at front and rear, as well as air suspension at the rear axle using electronically controlled dampers – delivers premium class comfort, high cornering power and ideal acoustics.

The zero-emissions all-wheel-drive system has a total output of 369 horsepower and an NEDC electric driving range of 600 kilometres. One electric motor at the front axle and one at the rear each deliver a power output of 201bhp, distributed between the two axles by an “electric propshaft.” The I.D. Buzz can accelerate from 0 to 96km/h in about 5 seconds, with a governed top speed of 160km/h.

The all-wheel-drive configuration is just one of several that are conceivable. Thanks to the MEB, it would be just as easy to equip the I.D. Buzz with a rear-drive setup producing up to 268bhp and with a smaller 83kWh battery, depending on the region and purpose of use.

The I.D. Buzz is the world’s first fully autonomous multi-purpose vehicle. A slight push on the steering wheel makes it retract and merge into the instrument panel, switching the vehicle from manual control to the fully autonomous “I.D. Pilot” mode that could make it into production by 2025.

Now driving on its own, the zero-emissions concept has already activated its onboard laser scanners. Four of them extend from the roof in “I.D. Pilot” mode. The cleanly styled roof sensors call attention to the fully autonomous mode by indirect lighting.

The I.D. Buzz is not only able to detect other road users with its laser sensors, but also with the assistance of ultrasonic sensors, radar sensors, side area view cameras and a front camera. Traffic data is also continually acquired and compared with the vehicle data via the cloud. Fully autonomous mode is deactivated by touching the steering wheel or by pressing the brake or accelerator pedal.

The original Microbus is a legend all over the world and forms a global community. Although the I.D. Buzz is designed for a new era, it would fit in perfectly with its predecessors. There are few cars in the world that look as good in classic two-tone paint as the classic Microbus, which is why it was a must for the new I.D. Buzz, which is painted in Silver Metallic above the seam that integrates the ambient lighting and in Cyber Yellow Pearl Effect below that line. The yellow hue is also found on the sidewalls of the tyres, while the 22-inch aluminum-alloy wheels are painted in Galvano Gray Metallic. 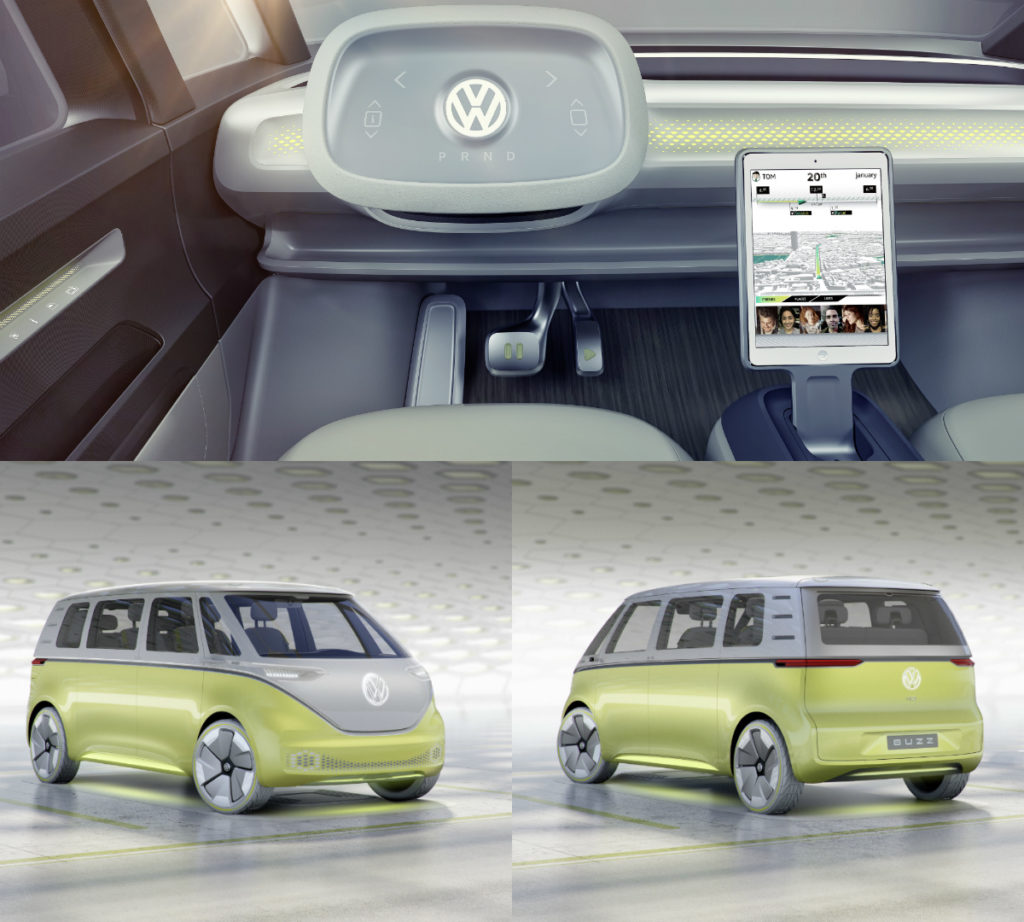 Check out another electric MPV concept, the Chrysler Portal.