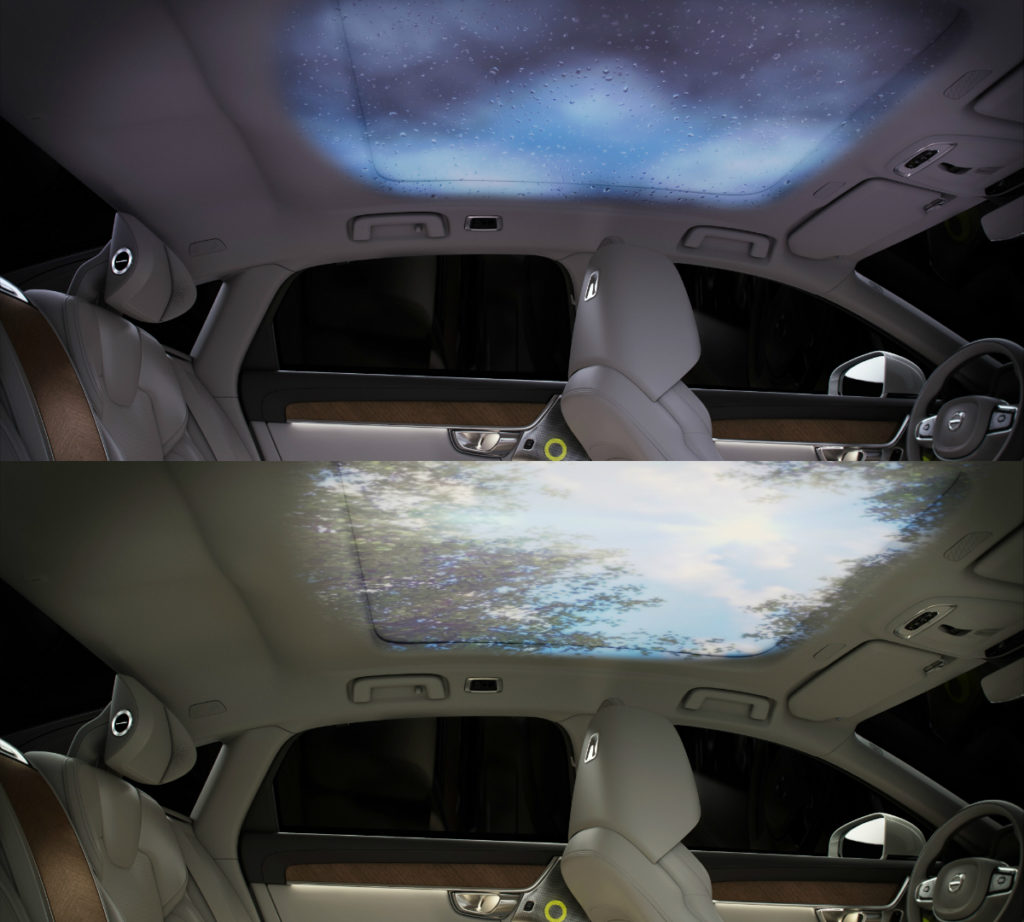 The S90 Ambience Concept, which made its public debut at the 2018 Beijing Auto Show in China, is based on Volvo’s top-of-the-line S90 Excellence three-seater executive sedan and focuses on chauffeured passengers in the rear seat.

The passengers can personalise the interior atmosphere by using the intuitive smartphone app to choose one of seven visual themes synchronised with audio and scent.

The visual element transforms the cabin’s ceiling according to the selected theme. The selection includes Northern Lights, Scandinavian Forest, Swan Lake, Archipelago and Rain; each providing a different mood scaling from relaxing to invigorating. There is also a Nocturnal theme for resting, while Freedom gives a boost of fresh and uplifting energy.

The synchronised audio plays through the car’s Bowers & Wilkins premium sound system, which includes small tweeters in the headrest for an immersive sound experience. Each theme is matched with one of four bespoke scents, created by Byredo, which deploys simultaneously from a portal in the centre console.

While the S90 Ambience is shown as a concept, Volvo Cars has the ambition to make it available in S90 Excellence production cars, to enhance its Excellence offer, especially in China. 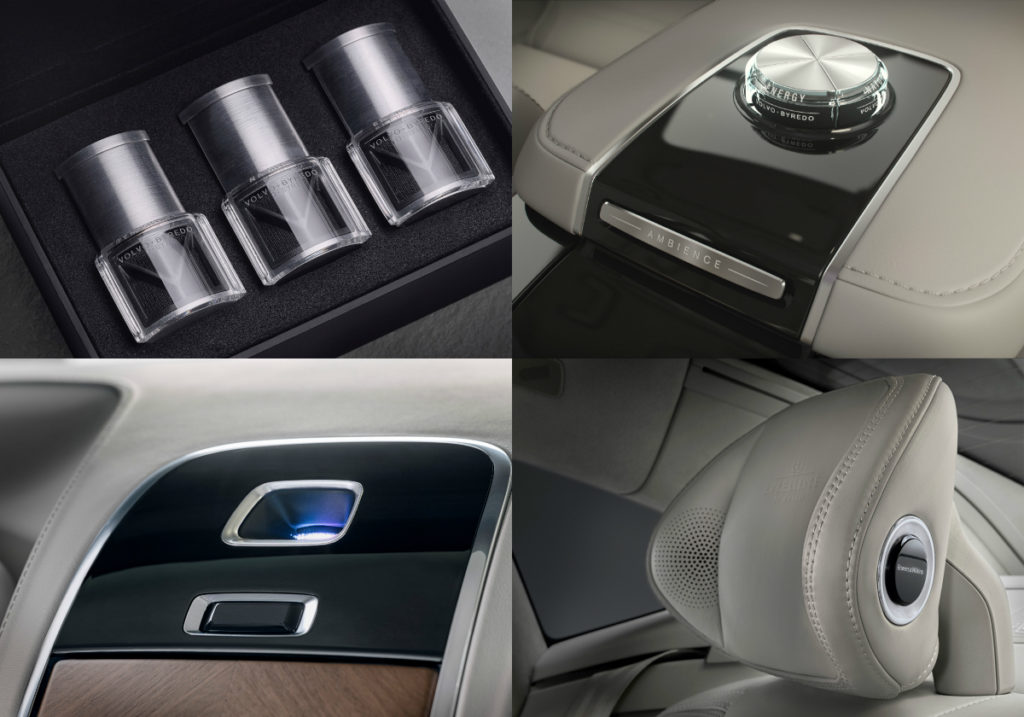 Check out the interior of the Volvo S90 Excellence presented as a piece of art.

Read about the Volvo S90s exported from China to Europe by train.