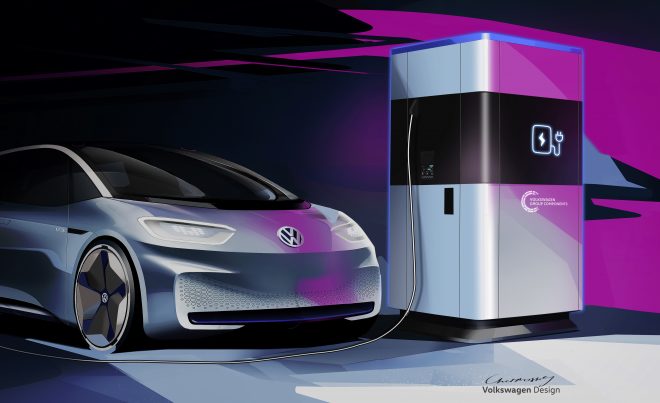 VW’s mobile charging station can be deployed anywhere and can juice up 80 percent of an electric car in under 20 minutes thanks to fast charging.

Imagine a portable charger the size of a telephone booth, and you have an idea of how big Volkswagen’s Mobile Charging Station for electric cars is.

The German automaker has unveiled what is essentially a portable charger for electric cars, which can be set up independently of a power supply wherever needed.

VW says the stations can be deployed at public parking lots in the city, on company premises, or as a temporary charging point at large-scale events.

Each charger – made by Volkswagen Group Components – holds up to 360 kWh, which enables up to 15 electric vehicles to be charged at once.

According to VW, the Mobile Charging Station can recharge an e-Golf to 80 percent in only 17 minutes on average, thanks to quick charging.

Once that particular charging station is depleted, its power pack can be simply swapped for a fresh one. 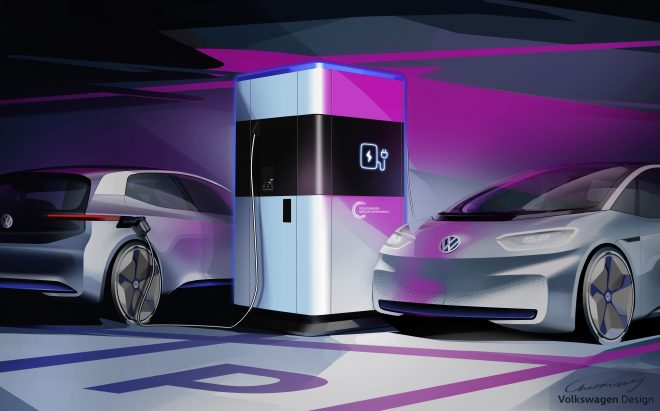 Up to 15 electric vehicles can be charged at a mobile station.

As part of a pilot project in early 2019, the first Mobile Charging Stations will be set up in VW’s Wolfsburg hometown.

In 2020, the charging stations will be deployed in other cities and communities.

Locations of the Mobile Charging Stations can be found via the Internet or an app.

Each charging station enables DC quick charging of up to 100 kW and can charge e-bikes too.

The Mobile Charging Station can also be directly connected to a mains power supply to charge the station with up to 30 kW via alternating current.

“The battery pack in the charging station can be recharged around the clock thanks to the direct power connection.

“This time-independent recharging, and therefore buffering of power, also considerably reduces the strain on the power supply at peak periods,” VW said. 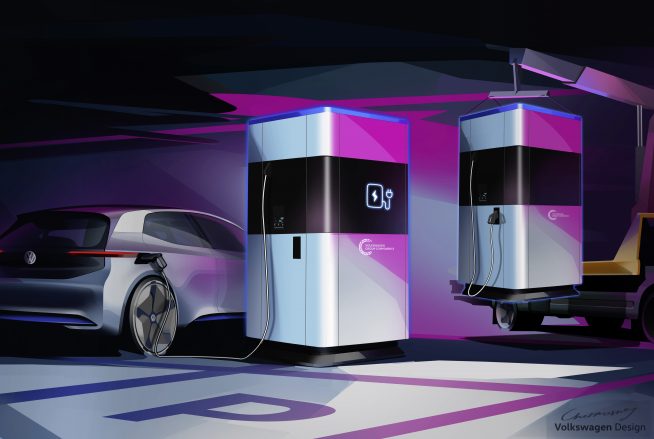 The stations can be deployed anywhere when needed, for example in public parking lots in the city, on company premises, or as a temporary charging point at large-scale events.

Chairman of the board of management of Volkswagen Group Components, Thomas Schmall, said the mobile charging stations are a “decisive step” towards an efficient network of charging points.

“Cities can, for example, find out the most suitable places for a permanent charging point before making major investments in developing the network,” Mr Schmall said.

“In addition, it will be possible to set up a large number of charging stations temporarily – exactly when and where they are needed.”